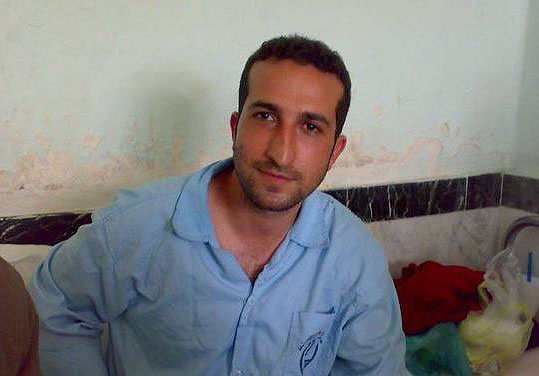 This is Youcef Nadarkhani

Three years later, he went to local officials to complain about the indoctrination of Islam at his children’s local school, saying that his children should not be forced to learn about Islam. He was subsequently faced with a court order to renounce his Christian faith, which he refused to do. He is now facing the death penalty, being put on death row.

The Christian pastor faced charges of “apostasy” and “evangelizing muslims.” The widespread condemnation has led  the Iranian court to accuse the pastor of committing rape and other crimes as well. As of today, he is still alive.

For reference, Iran is one of the signatories of the Human Rights charter, as well as various United Nations agreements, which guarantee religious freedom. The US congress has also unanimously approved of a resolution to condem the sentencing.

The Iranian government is known to carry on execution sentences at random times. Nadarkhani’s sentencing can be carried out immediately or dragged on for years. His supporters fear his case might be used by the Iranian government as leverage against the sanctions imposed on the country.

Youcef Nadarkhani with his family

I honestly cannot fathom how some governments can rationalize decisions like this in the 21st century. Not only is the Iranian government violating every single human rights agreement it has signed, it’s also doing so flagrantly. How can a government sign an agreement to ensure religious freedom and then kill those who do not follow the religion enforced by the state?  How can the judges of said Iranian court remain sane with them fabricating charges for a man whose only “fault” was to change religions?

Even Nadarkhani’s wife was arrested and found guilty before she appealed the decision and got released two weeks later. Her arrest was seen by many as a pressure on her husband to renounce his faith.

Religious minorities in Iran, such as Christians, Jews, Bahais, etc… face social marginalization, persecution and political isolation. The Iranian government, however, saves its hardest punishment to those who “abandon” Islam. It even has fatwas that demand the death of apostates.

Iran’s secretive judicial system leaves the international community questioning Nadarkhani’s fate. But the international pressure being put on Iran by various governments and organizations is paying off. Pastor Nadrakhani would have been executed already if his case hadn’t caused outrage.

It looks like world is still concerned with religious freedom, as is evident by people from various political fields (conservatives and liberals), countries and religious views (Atheism, Judaism, Islam and Christianity) coming together to help Youcef Nadarkhani. So what can we do? We can help by spreading the word. The more people know about Nadrakhani’s case, the harder it will be for such oppressive governments to let it slide. It is high time we stand up for our basic liberties, such as our freedom to choose whatever religion we want to follow. When it comes to one’s relationship with God (or any other entity), the government should have no say – let alone punishing a person for not having the relationship it deems appropriate.

PS: For the Lebanese reading this who will accuse me of being one-sided, the same applies to the Saudi government’s oppressive view towards religions (and other basic liberties) too.

4 thoughts on “Iran To Execute Youcef Nadarkhani, a Pastor, For Converting to Christianity”