As 2016 draws to a close, and you are overwhelmed by end-of-year lists, the only list that I wanted to make, as I also did last year, was one commemorating Lebanese faces that I believe did something in 2016 that made them stand out. Whether them standing out is positive or negative, especially those whose work was of a more political nature, is up to you.

Consider it as one of my rare non-nagging posts of the year, fitting to end 2016 on a more positive note despite it being the year that it was, hashtag #GoAway2016. The names I’m about to mention are in no particular order, and are chosen without wasta so please spare me the “you didn’t choose X so you must be biased for Y” comments.

I had the pleasure of meeting Rouba way back in 2007 when we were classmates in an English course at AUB. Since then, she’s gone on to conquer the world – almost literally – after founding the NGO SAWA For Development And Aid, which has been at the forefront of dealing with the Syrian crisis, notably with the refugees. From being one of AUB’s youngest alumni to be honored by the university this year, to addressing UN assemblies, the UN security general, Prince Charles and other politicians from all around the world, the world is a slightly better place for having Dr. Mhaissen in it.

At a more local level, Jamil Haddad has helped put Batroun back on the Lebanese map, and in a big way, with Colonel Beer making it big onto the Lebanese scale in 2016. With it quickly becoming one of Lebanon’s top selling and best beers available, Mr. Haddad managed to maintain a niche for himself and his beer’s brand with a local brewery in Batroun that has hosted countless events over the years and has been a pilgrimage place for Lebanese mainstream and hipster individuals alike. 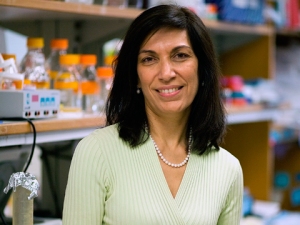 Huda Y. Zoghbi is a Lebanese-born physician and medical researcher. She is a professor in the departments of Pediatrics, Molecular and Human Genetics, and Neurology and Neuroscience at Baylor College in Texas. This year, apart from receiving the Shaw Prize in May, for her work in research leading to discovery of genes and proteins involved in Rett syndrome, she was also awarded the Breakthrough Prize, which amounts to $3 million, for her neuroscience research that has laid the groundwork for promising therapeutic candidates for Alzheimer’s Disease and autism. 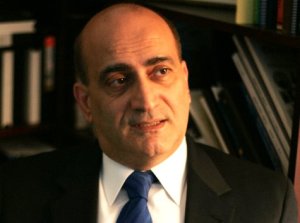 I may not agree with almost any of his politics and find his choice of presidential candidates in the US presidential race to be abhorrent, as well as the way he writes his last name (why?), but Walid Phares, one of Trump’s top advisors managed to get his candidate elected president of the leading country in the world. That has to amount to something, right? 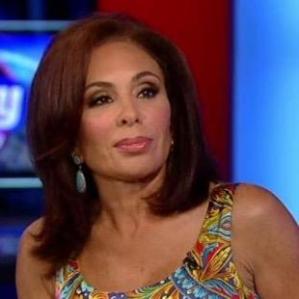 No, I’m not biased to people with my family name. Jeanine Fares Pirro is a Lebanese-American judge who has had an active political career with the Republican Party consisting of Senate and District Attorney runs during which she was the candidate of her party in New York state. In 2016, Jeanine Fares Pirro became one of the top influencers in the American Election through her Fox News TV show during which she was a vocal supporter of Donald Trump, leading her to become a household name across the United States.

Leading up to Lebanon’s municipal elections in May, there was probably no other political movement that got anyone as excited about it as Beirut Madinati. They were a bunch of educated people from all sectors, running to change the Beiruti status quo. Their great campaign was, sadly, unsuccessful in breaking Lebanon’s very decaying electoral system but their 40% vote share was a triumph in itself. Here’s hoping the change they put into motion can translate into results in 2017’s Parliamentary elections.

There’s not been another social media figure this past year that has been as polarizing and omnipresent as the often-hilarious Arab satire on Adele. Adeela is inescapable. It’s become so influential in the art scene that its critiques and jokes have become material that newspapers and tabloids write about.

The founders of Mawtoura and Adeela are not the same person, but they’re best friends in real life – and both are quite nice people once you meet them. With Adeela being the police of Lebanon and the Arab world’s music scene mainly, Mawtoura provides as funny and poignant assessments of the Lebanese social scene and, occasionally, political life. 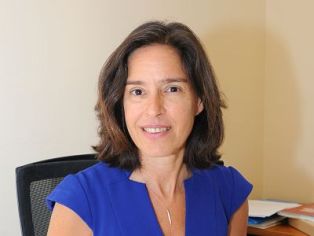 In 2016, Dr. Nadia el Cheikh became AUB’s first woman dean of the university’s biggest and founding faculty, the Faculty of Arts and Sciences. A historian of the Abbasid Caliphate and Byzantium, she’s the holder of a Ph.D. degree in History and Middle Eastern Studies from Harvard University. Dr. El Cheikh’s research interests focus on women and gender.

Mr. Keyrouz is a young filmmaker whose movie “Nocturne in Black” was nominated and then won “Best Narrative Film” at the Student Academy Awards in 2016, organized by the same entity behind the Oscars. “Nocturne In Black” tells the story of a musician struggling to rebuild his piano in a war-ravaged Middle Eastern neighborhood. Keyrouz’s movie has already won Jury Selects at the Columbia University Film Festival, a National Board of Review Student Grant, the Caucus Foundation production grant, the Marion Carter Green Award and the IFP Audience Award. He was one of 17 winners out of a nearly 1800 movie selection. 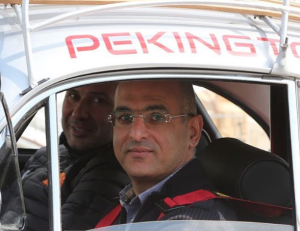 A vintage car enthusiast, Charbel Habib owns over 40 classic cars. With Walid Samaha as his co-driver, the duo took on the epic Peking-Paris Rally that saw them race from Beijing to Paris, or around 14,000km in a 1964 Porsche 365C. I daresay the biggest hurdle was probably their need for visas going across that territory, but they made it to Paris in one piece and were winners of a Gold medal, ranking second in their class, and being the first drivers to get a Porsche 365C to do that route. 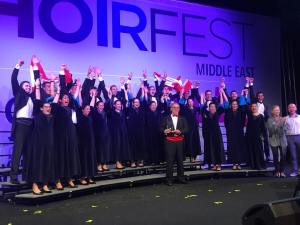 They started off the year with their situation being as precarious as it gets. They were in financial trouble and fighting tooth and nail to try and keep their choir, Lebanon’s best afloat. Lucky for us, they were not only successful but Tripoli’s Fayha Choir went on to win Best Middle Eastern choir at the Choir Fest in the United Arab Emirates. I bet 2017 will be a great year for them too.

After much debate, I figured the list can’t but be concluded by the man who, after more than a 2 year long presidential vacuum, managed to fulfill his life’s dream of becoming the Lebanese president. Sure, his election ceremony by parliament was as childish as it could get, but by taking up the highest governmental level in the Lebanese Republic, we can say that in 2016 Michel Aoun made it. He’s been in office for nearly 60 days and not much has happened (apart from a ministry for women’s affairs to which a man was appointed) but we’re still giving our president the benefit of the doubt to steer the country through next year’s parliamentary elections under a fair electoral law that could see those at #6 cause a dent.

This entry was posted in Lebanon and tagged Achievement, Lebanese, Lebanon, People. Bookmark the permalink.