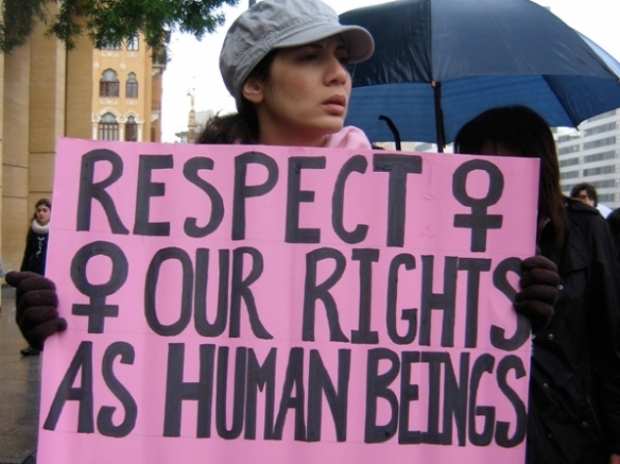 If you needed anymore proof that the current batch of patriarchal parliament members are no good, look no further than their constant ridicule and systematic decimation of women rights. Even the law they passed to “protect” women from domestic abuse a few years ago was passed in a near stillborn form after decades of labor.

A few days ago, that parliament struck again when MP Ghassan Moukhaiber’s proposed law from 2014, aimed at criminalizing sexual and racial harassment, came up for a discussion and a vote. Instead of behaving in a civil manner and actually discussing the many merits of the law, which is of vital importance for the betterment of any society, our parliament members met the proposal with uproars and ridicule.

When MP Moukhaiber was reciting his proposed law, he was met with sneering laughs from other men in parliament who found him ridiculous. Among the things that were said by those in office whose job is to legislate and come up with laws to better our societies are the following, as reported by Rania Hamzeh:

Needless to say, the law was then voted down and referred for further debate and deliberation among parliamentary committees, because, as you know, it’s so complicated apparently to consider sexual and racial harassment as illegal entities. Who knows when this law, which has been sitting in a drawer for the past 3 years, will be discussed or put up for a vote again.

Patriarchy and the sense of male entitlement that dictates our laws and that has infested the minds of most of our legislators strike again. It’s like our MPs don’t even care about any facet of society that is not them and what they represent in mentalities and in genders, knowing that they’re going to be voted in anyway because of how rotten our political system is.

Where were our few women MPs when such a law were discussed to voice outrage at having such basic human rights turned into jokes? Nowhere to be found.

If there’s a need for us to get rid of the current lot rotting away in our parliament, it’s now with the parliamentary vote (if it happens) that’s coming up in a few months. We can’t keep on voting for people in office who think sexual and racial harassments are jokes and who are more worried about where they, as men, stand in a society or how they might be affected by a law that criminalizes behaviors some of them have become way too used to.

Dear Lebanese MPs, if you are this disconnected with reality and this afraid for the disgusting privilege given to your gender through years of constant oppression of women, then you have no place to be legislators for the entire country in all of its people and its divisions.

The country doesn’t need people like you perpetuating a status quo that’s seeing it rot away and stagnate instead of moving with the times towards a more equal society. It needs people who are aware that women rights are human rights and that sexual harassment is not acceptable in any form, not open of “ifs” and “buts” and certainly not a matter of comic relief for you while discussing laws.

In any other “civilized” country, such a topic wouldn’t even be a matter of discussion and if what happened in Lebanon actually took place, it would end up being a scandal of unprecedented proportions. Instead, the session was closed and no film exists of it. We don’t even know which MPs were in attendance and which ones said what was mentioned previously.

I am ashamed that in 2017 my parliament has members who think the law proposed was a joke and actually managed to vote it down. I am horrified that someone who represents me towards my state has the audacity to make that timeless “we need a law to protect us from women” joke while working in an official capacity. This is the strength that our complacency has bestowed upon them: they can make fun of us and know they can get away with it.

No, dear MPs, you are not the gender who has to take in their employers’ sexual advances because they want to keep their job or who are too afraid to speak out about them being sexualized at any given moment because of fear of how society will look at them, not at the person harassing them, and – given this new information – because they have no law to protect them. You are not the section of our society that has been constantly marginalized and made sure to believe its place was as limited as it could be.

Human decency is more important than the laws that our MPs are always worried about, such as those pertaining to oil or even that electoral law they won’t pass. We can’t have a progressive society striving towards a better future if all of its components are not respected. Lebanon’s current parliament is making sure that such progression never happens. Simply, disgusting.