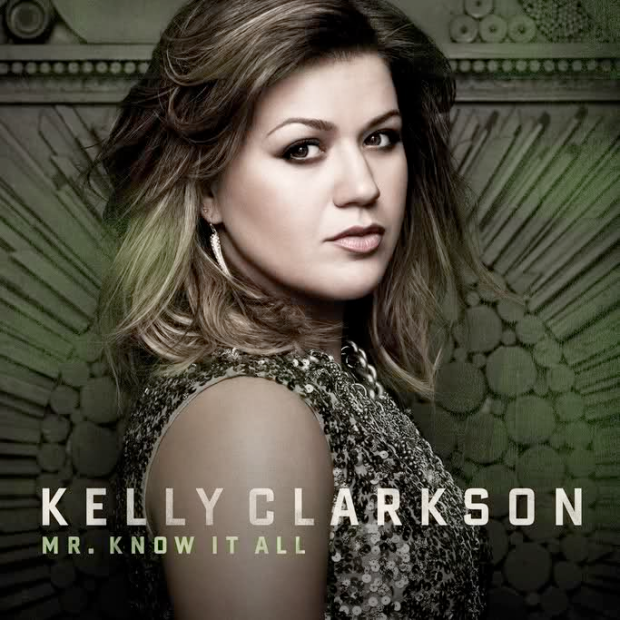 The original American Idol is back with the debut single off her upcoming fifth album: Stronger, in the form of a track titled: Mr. Know It All.

The hype for this song has been escalating for the past week or so – ever since Kelly Clarkson revealed she’d be premiering the song via her website on August 30th. Many radio programmers and DJs had heard the song and were giving it rave reviews. So naturally, anyone who has liked Kelly Clarkson’s music would be excited. And I am no exception.

And like everything with the music industry today, leaks are bound to happen – and Kelly Clarkson’s name has become synonymous with leaks. So Mr. Know It All is here.

The song starts with a subtle guitar rhythm that soon fuses with a beat that sticks throughout the whole song, reminiscing of Bruno Mars’ “Just The Way You Are” – you can literally sing the lyrics of that song to Mr. Know It All.

While the song is not angry musically-speaking; thematically and lyrically, it’s full of rage. “Mr. know it all, well you think you know it all. But you don’t know a thing at all. Ain’t it something y’all!”

Apart from the fact that the many shortened words in the lyrics make this sound like something you’d recite at a country rodeo, the lyrics in general are quite bland and cliche. Example? “Can’t nobody tell me how it’s gonna be. Nobody’s gonna make a fool out of me. Babe, you should know that I lead, not follow”

How many times have you heard that “lead not follow” line? thirteen million? Yes, add one more to that.

Mr. Know It All is a pretty straightforward song. It’s so straightforward, in fact, that the title says it all: Kelly Clarkson is telling one of her exes that they don’t know everything about her.

The sound is one that would find solace with songs on Kelly Clarkson’s debut album and it’s a sound that I’m not sure would do very well in today’s pop climate. After all, this is Kelly Clarkson’s comeback single and it needed to deliver. I’m not saying it had to be an electropop brainless song, but this isn’t the song you’d expect someone with her caliber to choose as the song they’ll use to reconnect with audiences.

Kelly Clarkson’s vocals are great on the track – and I mean did anyone expect anything less? While it’s not a powerhouse performance, her voice sounds quite raspy and strong in the delivery. But even that isn’t enough to elevate the song to hit-worthy status. After all, there’s just so much that the singer’s talent can bring.  Mr. Know It All is not a bad song per se. It’s just a song that should have been left on the album – and it’s a song that’s much less enthusiasm-enducing than other leaks that haunted miss Clarkson since July. “Let Me Down” would have been so much better as a lead single!

Mr. Know It All doesn’t really go anywhere. It’s just Kelly Clarkson singing how this guy doesn’t know a “thing about [her]” over and over again. And it gets to a point where you just want to shout: we get it, can you do something about it already? And the fact that after ten listens, no part of the song was stuck in my head isn’t really a good sign.

I’d personally pass on Mr. Know It All. Hopefully this isn’t a sign of what’s on Stronger. If it is, then the only thing I can say is poor Clarkson. As for now, let me go listen to “Already Gone.”

Listen to Mr. Know It All here.

This entry was posted in Music and tagged Bruno Mars, Just The Way You Are, Kelly Clarkson, Mr. Know It All, music, Pop, Stronger. Bookmark the permalink.

18 thoughts on “Mr. Know It All (Single Review) – Kelly Clarkson”