We really do. We need to bash EVERYTHING. There’s NOTHING that can take place in the country that is not frowned upon or looked down upon or criticized.

The latest? People are criticizing the whole “Vote for Jeita” campaign, with about 3 weeks left on the vote. They can’t even accept that the competition is NOT scam.

“Jeita doesn’t deserve to be a wonder,” is one of the things I’ve heard. “Why charge for the SMS to vote?” is another. “If the government wants Jeita to win, why don’t they vote?”

All of us need to want Jeita to win. Not the government. Not anyone else. We, as a people, should be proud that our country has something that has gained enough international recognition from international panels that judged Jeita as being worthy of being one of the New 7 Wonders of Nature.

I recently stumbled on this blog post where they make out the vote for Jeita as some form of “national chauvinism,” saying that we need to study the other 27 finalists in order to make an informative vote. On that same post, a comment by “Noel” states that our “need” to have Jeita win is because we, as Lebanese, need “validation from some outside authority.”

Sure, our country is messed up in many ways. But I believe we have a lot to be grateful for. However, can we  – FOR ONCE – stop being so pessimistic about everything that has to do with Lebanon? Can we just chill for a bit, sit back, relax and not overanalyze everything? Can we seriously cut it with the know-it-all attitudes and for once feel good that Lebanon is actually getting a reputation for itself apart from the whole war-torn country now sex-capital of the Middle East?

But here are 13 reasons why we all need to vote for this wonder: 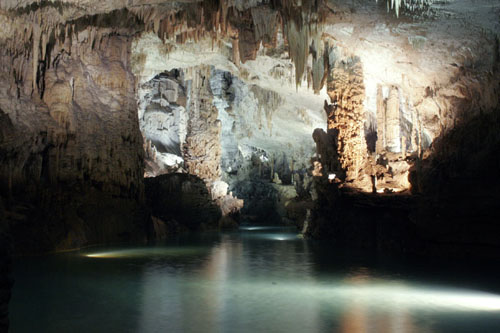 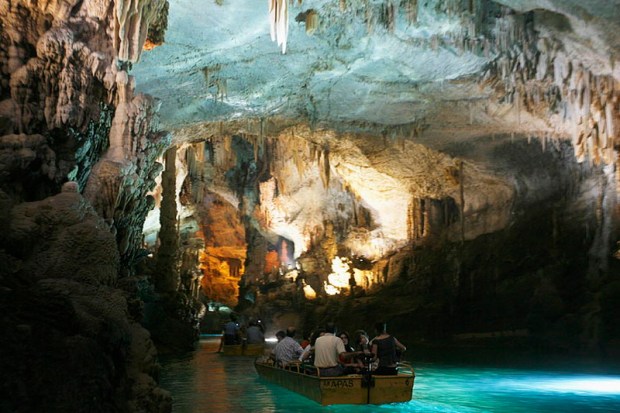 13) Jeita makes me proud to be Lebanese. And so should you!

Also quick info for you out there:

Jeita is the only limestone cave among the 28 nominees. Most of Jeita cannot be accessed by visitors. For instance, the lower cave is over 6000 meters long, only 500 of which are accessible to visitors via boats. Moreover, the upper cave is over 2000 meters in length, only 750 of which are accessible to the public. Jeita also has the world’s longest stalactite at 8.2m high.

And for those of want to vote, you can go to this link or check out this picture:

And for those outside Lebanon, you can vote via the website: http://www.new7wonders.com or text Jeita to your country’s corresponding number:

Back in 2008, the US was invited to Barrack the vote. This is our time to rock the vote, Lebanese-style.

51 thoughts on “13 Reasons to Vote for Jeita Grotto”