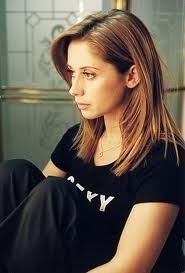 Spread around the Lebanese highway are billboards announcing two concerts for Belgian-Italian singer Lara Fabian, on February 14th and 15th at Casino du Liban. This is the third time she has concerts in Lebanon.

All is well, right? Fabian has many fans in Lebanon, mostly of the older generation. Her repertoire includes songs that many fans of older French music know.

But as it is with many so-called “activists,” they are now calling the Lebanese government to cancel Fabian’s concert because Fabian performed at a concert celebrating the 60th anniversary of the founding of Israel.

For reference, French-Moroccan comedian Gad El Maleh had his sold out comedy show at the Beiteddine International Festival also cancelled because of his ties with Israel. Armin Van Buuren’s most recent NYE-1 concert was also met with resistance because Van Buuren has pro-Israel stance. Steven Spielberg’s name was hidden off his movie poster in Cinemacity because he donated money to Israel… And the list goes on. The latest casualty: the French singer behind Je T’aime and J’y Crois Encore.

I am not an Israel-supporter. If my country is in a state of war with a country, then, regardless of what I personally think about that war, I am supportive of my country’s stances regarding its enemies. But I, as a Lebanese, cannot expect people from other nationalities to also conform with my ideas. I also cannot condemn them if their ideas are different from mine – even if they are about Israel.

Most foreign artists are pro-Israel. It is simply a byproduct of being in the countries they come from, where the existence of the state of Israel has become associated with a redemption for the holocaust and where the Palestinian political leaders are as inept about defending their cause as the media portraying them badly. Those artists, however, are not coming to Lebanon to spread their pro-Israel ideas. They are coming here to sing, act, give you a comedy show. They are coming here to share their talent with you. The fact that some “activists” cannot see beyond their finger and are so adamant about the whole “OMG FIGHT ZIONISIM” mantra is none of my concern as an individual who simply wants to be entertained.

You know, perhaps instead of shouting against Israel (which people, for the record, have the right to do) those Lebanese (and other nationalities) “activists” need to look at the injustice going on in their own backyard before lashing out for the causes of neighboring countries that have, like it or not, also caused their country harm. Are those activists as vocal about their support for the fight rape campaign as they are for artist bans? Are those activists as vocal about the eaten rights of their fellow countrymen as they are about the rights of Palestinians? Are they as vocal about the people losing their lives to Lebanon’s rent laws? Are they willing to help those people?

One only needs to look at the state of Christians in Egypt and Iraq, at the situation of women in the region, at the lack of freedom and all the other basic human rights that the region lacks to know that those “activists” are as empty as the shouts and slogans they will chant outside the Casino du Liban when Lara Fabian sings there.

I understand some of those “activists” are not Lebanese. And I always tried to steer away from discussing Palestine-related stuff on my blog. But let me tell those “activists” this: do not bring your fight to your country, especially with things as meaningless as this.

So sing miss Fabian, sing. And don’t you worry. Irrelevant people will remain irrelevant as long as their priorities are not sorted.

Update: Fabian has canceled the concerts.