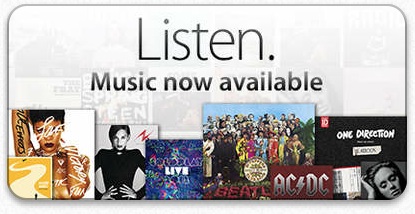 This should be interesting. Apple has launched iTunes’ Music Store in over 56 countries yesterday, one of those being Lebanon. In addition to the AppStore which Lebanese customers had for a while now, they’ll be able to – yes you guessed it – buy songs and albums online, however far-fetched that happening might be.

In addition to Lebanon, Apple’s iTunes Music Store has launched in other countries of the region such as the UAE and Saudi Arabia, Qatar, Bahrain as well as Israel. This means it’s the first time the region gets a legal alternative for websites such as Nogomi which allow free downloads of music.

I personally buy most of the music I listen to off the American iTunes Store. Some Lebanese have called me crazy for doing so. So I wonder how many Lebanese are actually willing to leave their music piracy ways behind and start paying for the music they listen to? I’m sure it won’t be many.