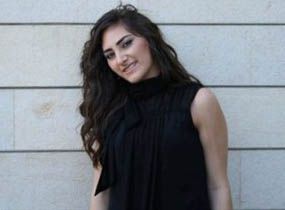 Syrian Fathi Jabr al-Salatine who brutally murdered Myriam Achkar last year just got the death sentence for his crime. For those who don’t remember, Achkar – a devout Christian girl – was on her way to a monastery in Sahel Alma to pray when she was ambushed by the Syrian who worked at the convent. He tried to force himself on her. She resisted. He couldn’t rape her so he ended up killing her.

I was personally skeptical he’d even receive a trial and at one point, it looked like the Syrian authorities had asked he be deported to Syria where he would get a trial. A Syrian trial obviously meant nothing would happen to Al-Salatine. I’m glad that didn’t happen – and the death penalty is what this man deserves.

A lot of you may be against the death penalty and consider it a breach of human rights. I disagree. You can’t understand a family’s need to get a death penalty conviction against the person who murdered one of them in such a brutal way unless you’re one of those families. And mine is.

5 thoughts on “Myriam Achkar’s Murderer Gets The Death Sentence”