Lebanon’s weather was all over the place this past week. The “Bride” storm (Or Georgette or Olga as some have called it – we sure can’t agree on a storm name as well) is ending and it was one of the biggest snowstorms to hit Lebanon in years. Torrential rain and snow, including some accumulations on the Lebanese coast, have all been documented. The joke for the first days of the storm went: Skiing and swimming at the same time are now much easier because the storm has brought the sea to your home. For the next few days, the storm brought the snow to your sea.

Many casualties have fallen to the storm, notably young infants of Syrian refugees who died of the freezing cold. Many Lebanese have had their houses completely ruined in the Beiruti neighborhood of Hay el Sellom due to the nearby river flooding.

I have reverted to the following Facebook page (here) unless otherwise specified in order to collect as many pictures as I can and include them here.

Don’t you just love how Lebanon looks after a decent blizzard? I sure do. 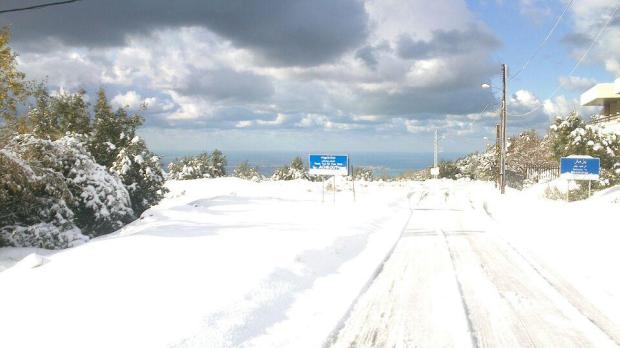 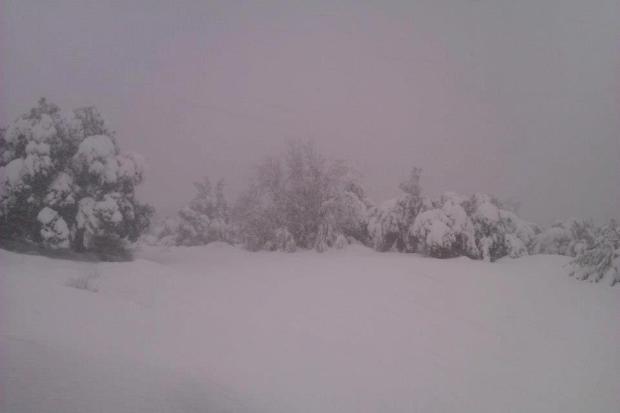 Aito, in the North 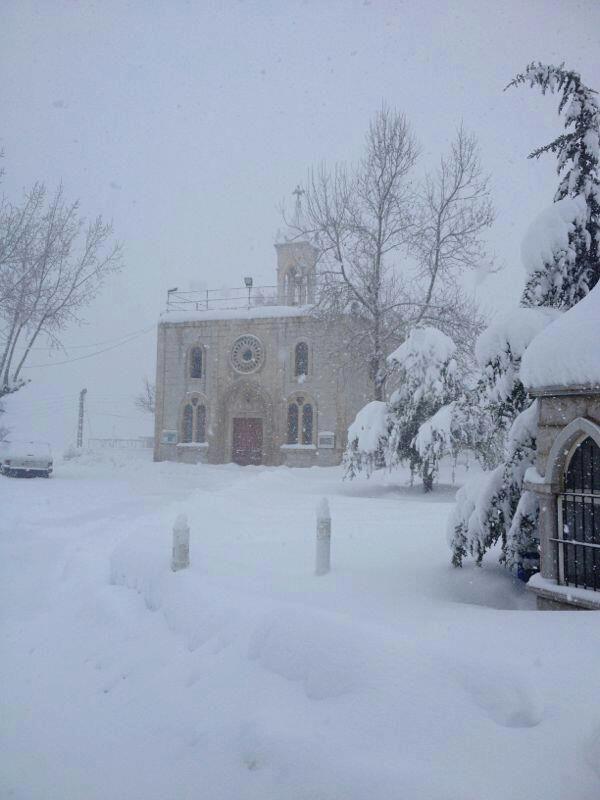 Hasroun – Picture from the Daily Star 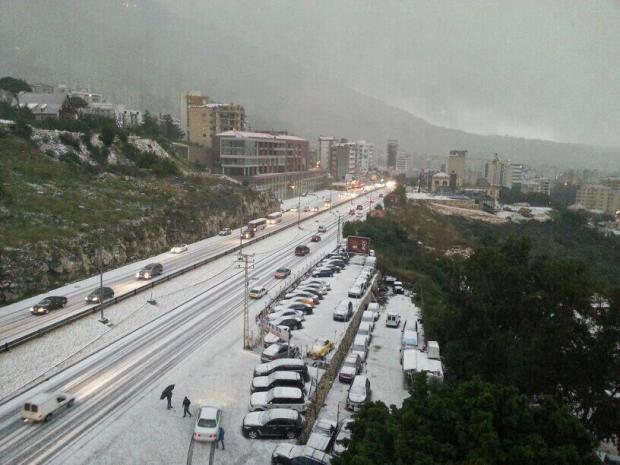 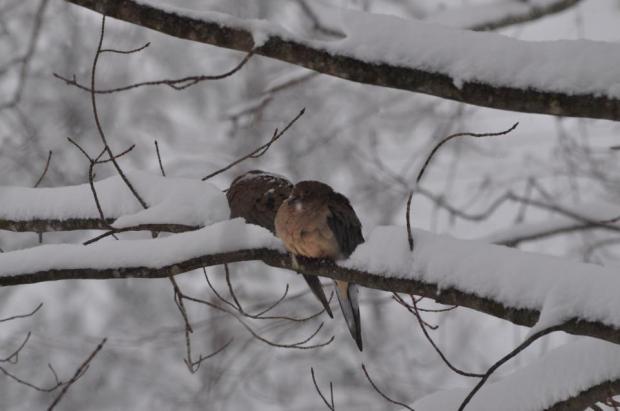 This is a picture in the Jbeil caza 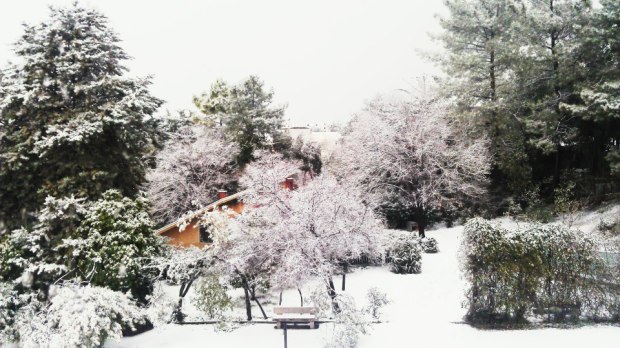