Aabrine Street was, until recently, one of the last remaining Achrafieh streets that still contained a flair of an old Lebanese life that you wouldn’t believe still existed in Beirut, especially Achrafieh: one where a family lived in the same building which had a dekkéné that they ran. Their house harbored them for decades – all through the civil war.

Their house’s entrance is very inconspicuous. The cats roaming around the place hid in the space of those traditional windows. The family took care of them. I went to their place a few times: high ceilings, old chandeliers and armchairs… what you’d expect to find in old Lebanese houses in the village was there. Except this was the heart of Beirut.

Their house was also the witness to the Civil War story I wrote on this blog in 2011. You can read it in its three parts here.

Their home is no longer theirs as some investors took over the entire stretch of buildings on their block, all of which are old buildings. But this isn’t Amin Maalouf’s house for it to cause a ruckus. 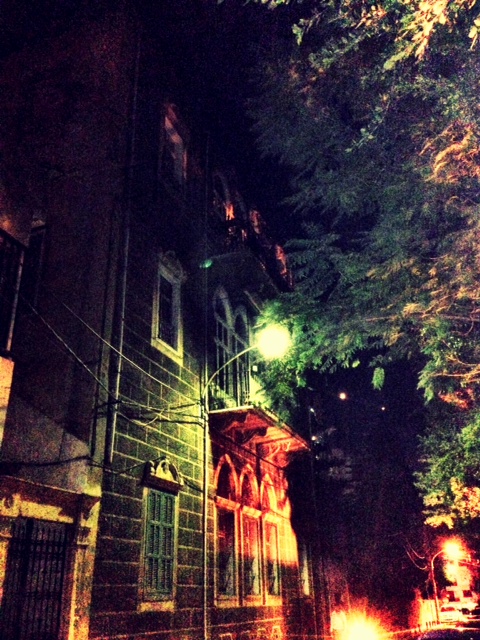 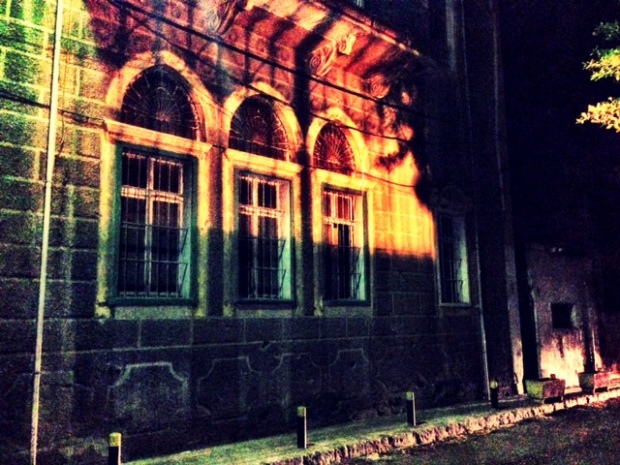 As I walked by the house yesterday, I was saddened to see all the dark, empty windows. What used to be lit apartments and the voices that emanated from inside is now nothing but emptiness awaiting for it to become non-existent.

The family that lived in that apartment lived off a small dekkéné at the other side of the building which stretches down the street by being connected to lesser maintained parts. This dekkéné allowed their father to send many of his children to the United States where they got naturalized shortly after the civil war ended. He ran the small place for 50 years. He played cards with my grandpa and other Aabrine men as customers came in and out – Tarnib Koubba in case you’re wondering. Backgammon tables were there as well.

Today, the door of Sassine’s dekkéné holds a paper which he signed to announce that he had relocated. Another small office a few meters away, in that same building, announced the same thing. This dekkéné, which by the looks of it could fit anywhere but in Achrafieh, is gone for good. It still stands. But not for long.

The building that contained the dekkéné and all the nearby buildings connected to it will soon be demolished to allow another colorless high rise in their place. The history of the place will be gone for good. The place where my grandpa played cards with his friends, where small children would run to get their mother something she urgently needed for the tabkha she was cooking will be gone and with it another chapter in the life of a city that will soon not recognize itself anymore.

This isn’t about the worth of the dekkéné or its efficiency – it’s about what the dekkéné signifies: how easily we tear down what is old to bring in what is newer but never better.

This is the other side of the building in question, less maintained than the section where the family lived: 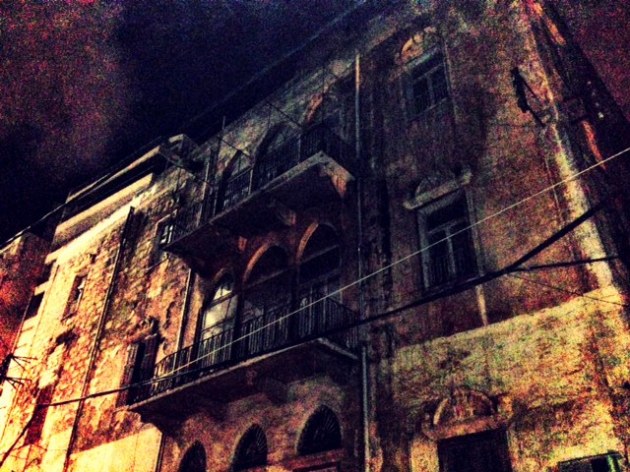 And this is what the dekkéné and its building will be replaced with. Beautiful. 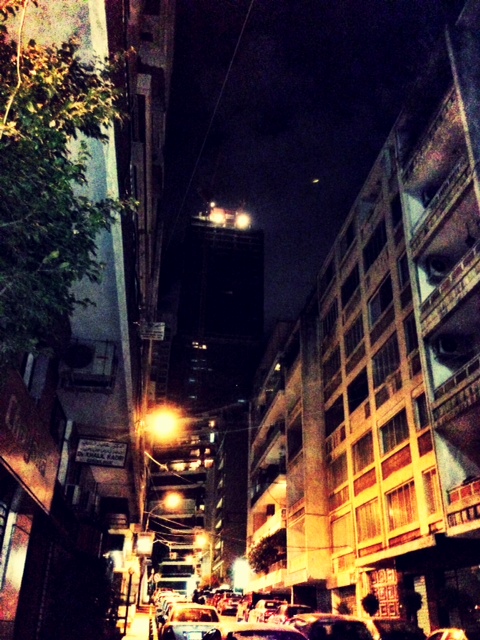 10 thoughts on “The Death of the Lebanese Dekkéné”