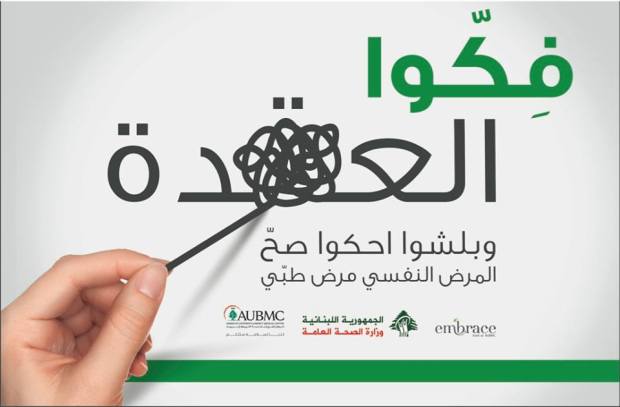 When it comes to mental health, Lebanon has a long way to go. My rotation in psychiatry at one of the country’s hospitals has opened my eyes, as I wrote about here, to a domain of medicine that many don’t want to believe exists, preferring to even have cancer than a psychiatric disorder.

Families, in 2013, would rather revert to exorcisms in order to tackle issues with their sons and daughters, rather than take them to doctors. Explanations of demons instead of some chemical imbalances are preferred. The stigma of the word “insane” haunts any other demon-less explanation.

The victim in all of this, apart from the patient, is our ability to truly advance as communities, especially as we tend to believe that not calling a disease by its name makes it all okay.

Technically independent from AUBMC, the Embrace fund is trying to change how Lebanese view mental health and they’re resorting to a great campaign, in my opinion, that they’re titling: “Fekko l 3e2de,” which translates literally to untie the knot, referring to the “knot” that mental health perception imposes on Lebanese societies.

They’ll be having a gala dinner in a few days to support their campaign, with a performance by Ziad el Rahbani. Find the details here.