A couple of days ago, I decided that my reaction to the Charlie Hebdo attack would be to share the covers that had those journalists killed. I didn’t say whether I agreed with their content because that wasn’t the point at the time, and freedom of speech, to me, was absolute, with satire at its heart, as it aims to reconcile reason with power. Enforcing limitations puts us on a slippery slope until Paris on January 7th becomes conceivable. The world isn’t where it is today because visionaries cowered from challenging their dogmas.

In today’s world, however, freedom of speech is a reflection of the hypocritical scope with which we view things. In this relative specter, even satire becomes cruel when it’s aimed at the weak who aren’t allowed to answer back. Two days after the Charlie Hebdo attacks, this is our chance to sit down and talk. 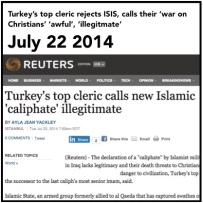 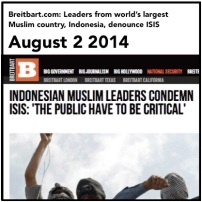 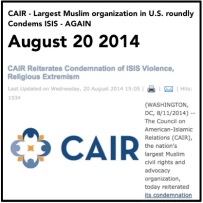 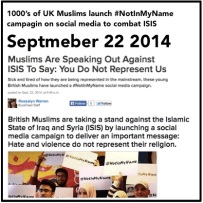 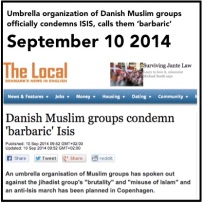 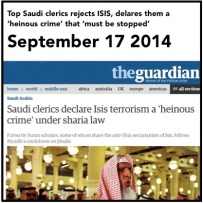 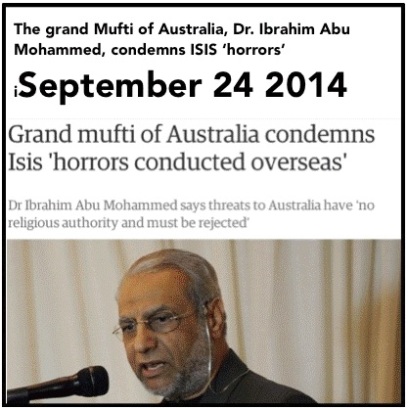 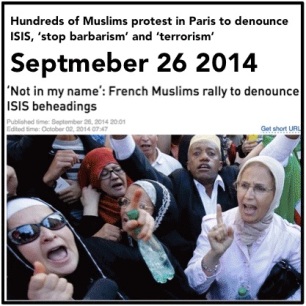 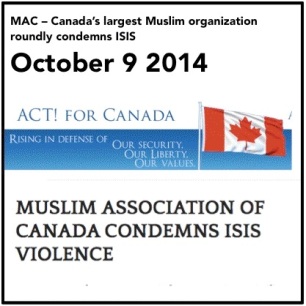 Where have you been throughout all of this? Thinking Muslim was a member of a small village of 1.57 billion where everyone’s alike: a terrorist, a pest, an apostate to modern values in need of serious reconsideration of his religious views. But never a person who could be a victim and who is, in fact, innocent  – at least until proven guilty.

And then you call them off when they actually do what you’re asking of them.

The victims of every attack carried out by extremists are not just those who died and whose memory perseveres in us, the media and then, when the calamity subsides, every bigot who uses their name to propagate their own version of extremism that is as toxic, but less deadly, perched on top of podiums, preaching about liberties while advocating for many to be denied of them.

The victims of the Paris attacks are that Muslim, whose kebab shop and Mosque were burned, who had absolutely nothing to do with the attack except in some amalgamation of Ahmad and terrorist.

They’re that Muslim who was afraid of going to the vigils to honor the dead of a publication that offended again and again, who was petrified at how people would view her hijab or his beard now, terrified at what it would mean to be on January 8th, 2015.

They’re that Muslim who watched in horror as the news of Paris unfolded, who gasped at the video showing the Muslim cop Ahmed Merabet being shot to death, told his children to go into their room to prevent them from seeing what he was seeing on TV and is worried daily at the poison they’re getting exposed to.

They’re the Muslim who has nothing to do with France but is told he is responsible for the actions of some French Muslims. They’re your Muslim friend at whom you looked with different sight today.

They’re that Muslim that is slowly being driven over the edge and who will come to endorse – nay, want to participate – one day in actions like those that took place in Paris yesterday.

They’re that foreign student who is now worried about what this means to his future. They’re that person trying to seek a better life for his family, whose chances are now completely in tatters.

What we demand of every single one of those Muslims is to condemn, apologize, and shout from every minaret how they are against what some of their lot are doing today, because if they don’t, then they are terrorists too.

Defending free speech by telling someone exactly what to say. Isn’t that ironic given that whole shenanigan involving sin and first stone to be cast?

In today’s world, I – born Christian, now who cares – am never lumped with the Christians who have caused two world wars, a holocaust, several other wars, the endless support for the state of Israel and the massacre of Palestinians, the endless encroachment over the riches of Africa, the rise of Neo-Nazi parties across Europe and the many attacks they have been committed in my name.

I am never asked to condemn en masse those protests in Germany where it was called for the expulsion of impure breeds, whose religion is not original to Europe – ironic as that is – and whose skin color is not as fair.

I am also never faced with existential questions about Christianity when those Neo-Nazis kill for their brand of extremism, as has happened in Norway in 2011, an assault which ended the life of 77 people.

I am never asked to apologize for Aurora, Sandy Hook Elementary, to assess Christianity’s potential for the modern world after the 1 million in Iraq that died, because of a war that is there to defend my freedom, my rights, my security, my Jesus-given right for oil.

I am never considered as violent for contributing to the instability of Pakistan and leading to the loss of 140+ of its children in Peshawar. Those are just Muslims killing other Muslims.

In today’s world, that same Muslim we are more than willing to burn at the stake is never allowed to be offended or else he’s deemed an extremist as the world-given badge of modernity gets taken away.

Meanwhile, holocaust portrayals can cause uproars; Charlie Hebdo in 2009 fired and had that same artist sued for hate speech for drawing a Jewish caricature of Sarkozy, and even Christians are allowed to be offended by portrayals of Christ and the Virgin Mary.

We think so little of the world’s Muslims that their deaths are a natural event, never worth a discussion. We think so low of them that we believe it’s unfathomable for them to comprehend our cherished values of freedom, democracy, and autonomy, despite those concepts – in the same context of worldwide hypocrisy – being relative: only given to those who can afford them, to those powerful enough to claim them.

How can we explain, for instance, to the Muslim Palestinian in Gaza what human rights are or what freedom is, while that same Palestinian is genuinly expected to wholly understand how it is to be a French free man in France?

How can we explain to the Muslim women of Saudi Arabia and the Gulf that they can do whatever they want with their bodies when their own governments that keep on oppressing them are maintained by the same countries where women are, in theory, liberated, open, sexual, and can drive?

How can we explain to that Saudi blogger who is now facing 10 years in jail and 1000 lashes for speaking up what freedom of speech actually means?

How can we explain what freedom is to Muslims living in dictatorships, under systems that are kept there by the same countries demanding of those same Muslims to be free and worldly and Western?

We are so blinded by prejudice and hate that we can’t see who actually benefits from the attacks in Paris on January 7th.

Those are people like Marine Le Pen, who doesn’t see how the construct of modern French society has a lot to do with why January 7th happened, whose message of hate will now resonate clearer in the minds of the French and who will spear-head a regression of the theoretical values of the French state. She has already started sharpening her harpoon.

They’re people like the far-right in every corner of the world whose flags might as well be those of ISIS with inverted colors. They’re people like Netenyahu whose own brand of terrorism is never labeled as such and who will use the attacks in Paris to further advocate for the need of escalation in his terror.

They’re heads of nations like Qatar and Saudi Arabia who proclaim moderation for the world to be fooled, and spread hatred wherever they go, as they buy their way to a majority share in the European continent.

Imagine for a moment that this had been a parallel world, where we are an impoverished minority, whose countries are taken up for their natural resources, whose heads are so blinded by wealth and power they can’t see themselves being manipulated, whose poor are among the poorest of the world, whose children die of famine and war, whose lives are not judged in absolute value, whose lands are a matter of debate, whose opinions are not free, would we be asked to condemn too?

I do not understand Islam nor do I pretend to do so. I don’t know what true Islam is, the same way I don’t know what true Christianity or true Judaism are, and I don’t believe anyone truly knows – all three remain ideological constructs that are open to interpretation within frames that are entirely individualistic. Hence,  I cannot defend religions as a dogma nor am I doing so.

We say that we can root out Muslim extremism by force: by forcing them to be apologetic, by forcing ourselves over their homes, by launching missiles, armies, and rockets. That is not the case. The only way to weed out the Islamists, extremists and terrorists is to empower those Muslims who are being killed by those same extremists when they speak up, whose voices are being silenced by the mainstream voices around the world that refuse to listen, and who are not allowed to fill the vacuum in their reputation as it’s slowly eaten away by the mole in their midst. We empower them by listening, by not taking away the stability in their countries, by not making sure their countries, communities and societies never amount to anything, and by not believing the cause of their hardship is the religion they worship.

There are three ways this can deconstruct. We can either maintain things as they are, ignore any lesson Paris is trying to teach us, and carry on. We can make things worse, lump 1.57 billion Muslim with ISIS, Al Qaeda, or Taliban and assume that they’re all out there to assassinate freedom, democracy, and human rights.

Or you can ignore the hate speech, tell that terrified Muslim that there’s someone who gets it, doesn’t require him to condemn, doesn’t attribute 1.57 billions to the actions of one and understands that the actions of that one are more related to societal constructs than to religion, who knows that he too has autonomy, and needs freedom, and seeks a better life for his children, and that praying while looking at Mecca and kneeling down is essentially the same as looking at an altar and standing up, and that this world is very cruel to anyone who is different from the norms, and that it is okay to be angry and not to be okay with how things are, that you should be Charlie, and Ahmed and all shades in between, and that it is okay to be a human who just happens to be Muslim.

16 thoughts on “#JeSuisAhmed: The World That Fears Muslims”