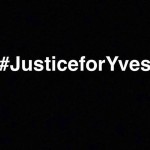 The story of Yves Nawfal has been one of the most striking pieces of news to shake the country over the past few days. If you haven’t heard of Yves or the cold and calculated way he was killed, check out this link (click) for all the details.

5 days after Yves’ brutal murder at the hand of Charbel Georges Khalil, it is with pleasure that I write that Justice for Yves has been (partially) brought to us. The killer has been reportedly apprehended by the police in Brital, in the Beqaa. 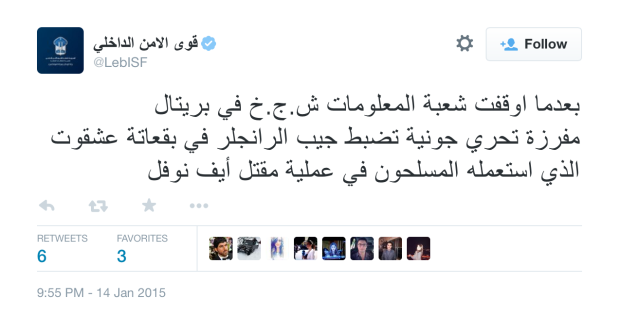 He was reportedly fleeing to Syria according to L’Orient Le Jour. It’s a good thing he got caught before he got there.

The arrest of Charbel Georges Khalil shows that even political covers in Lebanon can end. It shows that when they want to do their job, our security forces and intelligence can do a great one at that, bring justice to those who demand it and not let killers escape just because they can.

And I hope you all know that you were a big reason of why Charbel Georges Khalil was caught.

You were the ones who endlessly shared our blog posts about him, read them in your hundreds of thousands, were absolutely shocked at this taking place in the first place and even more shocked that the killer was getting away.

You were the ones who raised your voice so loud that whichever politician was hiding Charbel Khalil not only had his name until today hidden from every media outlet, only existing in speculation, but also got that politician to let go of the person he was protecting.

You were the ones who organized sit-ins to make sure this doesn’t get forgotten.

Charbel Khalil is a very connected, and resourceful man. In a country like Lebanon, that gets you far. Sometimes, it gets you way too far. Money can buy you anything. Connections can get you out of anything. It is because of all our efforts that we’ve put a brick wall in front of Charbel Khalil and his resources. And hopefully that brick wall will now turn into a jail cell from which he will never leave, until the day he dies.

Tonight, we should all celebrate Yves’ justice, and I hope you all know that Yves’ justice doesn’t become whole with death penalties.

The story, however, doesn’t end here.

There are still people out there who helped in Yves’ murder and who should be caught. Charbel Georges Khalil did not act alone. He had accomplices. Their names are known. They are Charbel Moussa Khalil, Juliano Saadeh and Edwin Azzi – all of whom are also resourceful and connected and who are still out of reach. Those three people made sure Yves got ambushed. They made sure his car was blocked and made sure he was susceptible to have shots fired at him.

I’m sure Yves’ family will sleep better tonight knowing that their son’s killer will spend his night behind bars. I hope his mother starts to at least find peace now that her son is one of the very few people in this country who have justice being given to their memory. I also hope Yves’ friends and loved ones find solace in the fact that have made sure this becomes 5 days’ worth of national news.

Covering this story has been humbling. Yves will always be remembered as the man whose memory challenged our entire political system. May he rest in peace.

13 thoughts on “#JusticeForYves: The Killer Has Been Caught & This Is How You All Helped”