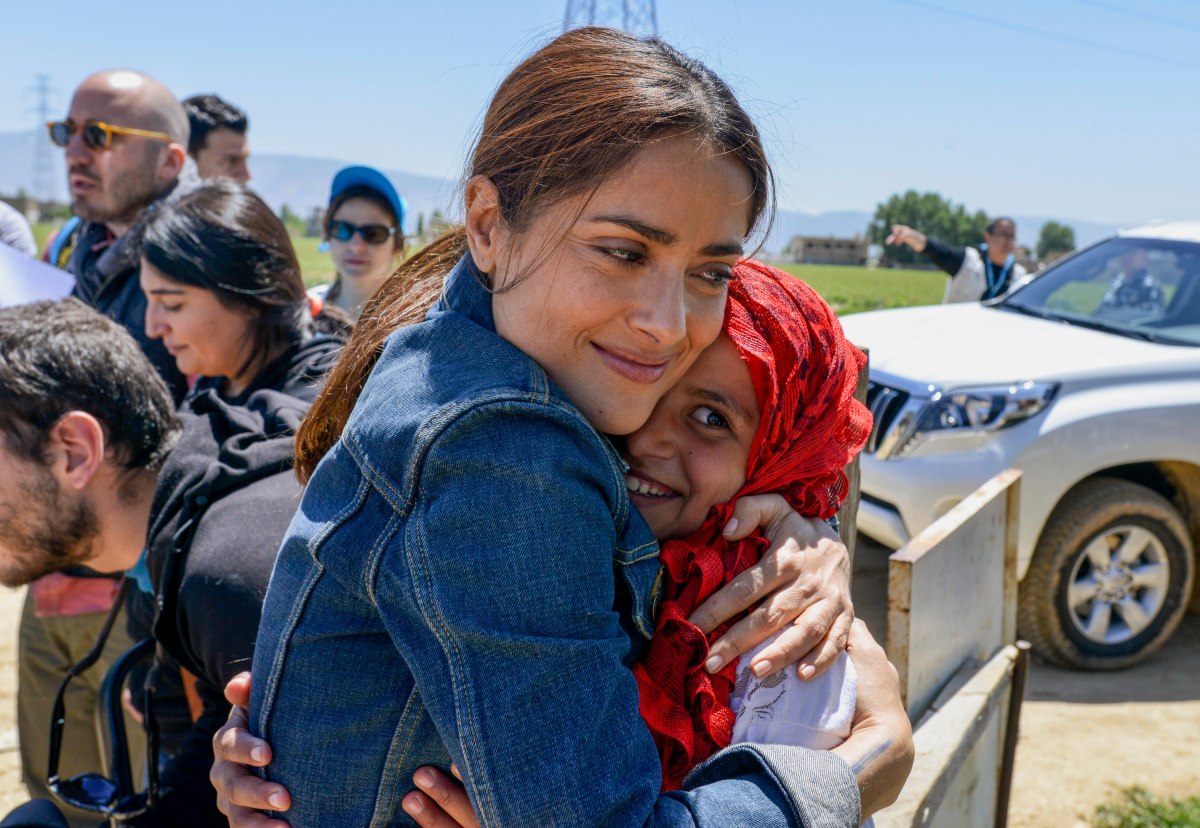 In this Saturday, April 25, 2015, picture provided by UNICEF, Mexican and American actress Salma Hayek hugs a Syrian refugee girl during her visit at Saadnayz UNICEF protection center in the Bekaa Valley, Lebanon. Hayek is in Lebanon for “The Prophet,” an animated feature film she co-produced, which was written and directed by Roger Allers, the maker of the Disney production The Lion King. The film tells the story of a young girl who finds the voice she lost through her friendship with a poet imprisoned for his ideas. (Sebastian Rich/ UNICEF via AP)