A couple days ago, MTV Lebanon posted a controversial Christian-arousing report about how Lebanon’s Christian areas do not get funds for public works that its Muslim areas get, especially its Shiite ones. They threw around numbers for Baalbak and Hermel and compared them with the total of Batroun and Bsharre, called it a day and did what MTV does best: be more melodramatic about Christians in Lebanon than the Pope and the Patriarch will ever be combined.

Keep that report in mind (link).

Yesterday, Lebanon’s Ministry of Tourismreleased a beautiful video to promote tourism in the country called “Rise Above Lebanon” filmed using a drone over several Lebanese territories. I sat there through those 5 minutes, marveling at the perfect-angled footage of the place we call home.

And then the video was over before showing almost any footage of the place I call home, the North of the country.

What you got instead was a scene where some kid was playing happily in Nejmeh Square when people are NOT even allowed to Nejmeh Square anymore. A good part of the drone footage was also reserved for Zaitunay Bay. Because why not? #LiveLoveBeirutiCapitalism.

I enjoyed the video. Some of the footage shown is beautiful, diluting away the big things that drive us mad about this country. Still, I didn’t know if it was my I-love-to-nag gene kicking, so I decided to test out the waters by voicing my thoughts about the North’s omission publicly. Many agreed. I was not being a paranoid northern regionalist holding out a pitchfork fighting for the land beyond the Madfoun.

It was then that I decided to go back and look at the data presented by MTV’s article to try and come to a different conclusion than the sectarian one they reached: what if you took those numbers and just added them up by mohafazat? What picture would it show then about how our government likes to spend our tax money?

These are the numbers grouped by Mohafazat. Amounts are in billion lira:

If you merge Nabatiyeh and the South mohafazats together, becoming an area that is more similar to North Lebanon when it comes to surface area and population, North Lebanon becomes the area receiving the least amount of investment from our governments, and it still applies when you adjust the amount per capita or per surface area.

Bsharre, the land that gave us the Cedars and Gebran and is the heart of Christianity in Lebanon for our Christian zealots, got less money in 2015 than what Issam Fares paid for his daughter’s wedding, or what our politicians spend on their lavish vacations in Mykonos or elsewhere.

And, clearly, we can’t make it for more than 20 seconds in a video to promote tourism in the country. I guess our governments think there’s nothing there to offer and there’s no point to put any effort. Is that way they wanted to turn Akkar into Beirut and Mount Lebanon’s garbage dump?

Poverty rates in Tripoli and Akkar are among the country’s highest at around 50%. That’s basically half of the population in two of the country’s most populous areas living in conditions that everyone else in the country cannot even remotely begin to imagine. It’s not like extremism and poverty are linked in any way. It’s not like poverty can be tackled by investing in those people’s future. I guess they don’t deserve a second glance either.

This reality extends to the rest of the North. It seems the poorest Mohafaza in the country doesn’t need the attention. People in North Lebanon are embarking to Europe on boats, similarly to the Syrian refugees, to escape their horrid reality back home. Ponder on that thought for a moment.

There’s not much I can do to get our governments to care about our country’s areas that need it the most. It feels like beating a dead horse every time the topic is brought up. But know that every time you perpetuate the media they diffuse that ignores those areas, you’re also helping in maintaining the status quo, even if in a simple tourism video.

But I can show you what you’re missing on. 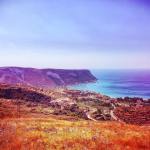 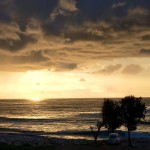 Praying and fishing in Mina. 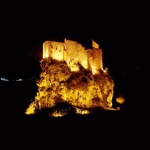 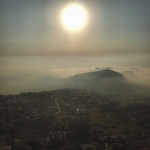