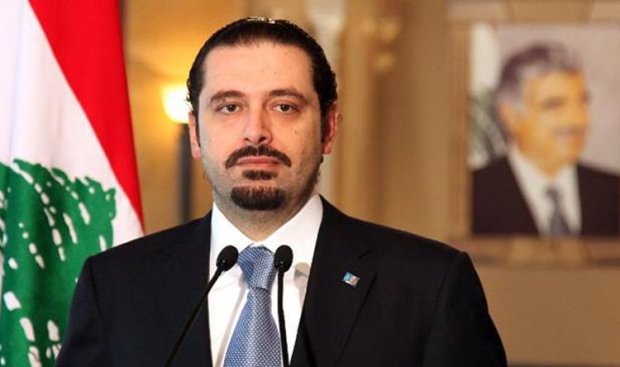 Nothing says patriotism and Lebanese sovereignty as much as your own prime minister announcing his resignation, and subsequently a nail in the coffin of Lebanese governance, all the way from a foreign country, on one of their megaphone TVs nonetheless.

Saad Hariri, who has been back as prime minister for nearly 11 months now, in a government that was billed as one of “national unity” suddenly remembered that – gasp – he is sharing his rule with Hezbollah, a party whom Hariri’s funders in Saudi Arabia do not approve of and whose entire existence is, as we’ve come to know, is mutually exclusive with Hariri’s raison d’etre.

Entre nous, I had totally forgotten up until this very moment that Hariri was prime minister and that Lebanon actually had a government. It’s not that difficult to forget such details when things have been pretty much the same, whether Hariri is there or not, and whether we have a government or not. Corruption is still omnipresent. Dysfunction still reigns supreme. And countries that are not Lebanese still dictate what goes on in our own home country. Their accomplishment? Burdening us with extra taxes and then leaving.

Case in point? Hariri resigned from Saudi Arabia, not even from our Serail, in protest of Iranian influence into Lebanon’s governance.

Hariri’s reasoning for his resignation – clearly dictated on him by his bosses abroad – are that the current situation in Lebanon is similar to the ambiance before the assassination of his father around 12 years ago, along with the threat that Hezbollah’s arms pose on an internal level after their escapades with the dictator in Damascus over the past few years.

Reasonable, perhaps, but it’s mostly a little too late, and exceedingly cowardly for a politician to leave the entire country in the dust as he rushes away to save his own ass, all other Lebanese be damned. Yet again, what can we expect from a ruling class whose priority was and will always be its own skin, and whose MO for ruling is to benefit as much as possible from being in power, with servicing us as Lebanese citizens being the last thing on their minds?

I wonder though, did Saad Hariri know he wanted to resign last week – or even two days ago – when he was all over the place announcing plans and grand schemes to increase Beirut’s airport capacity, boost Lebanon’s tourism, work on further bringing Gulf investors back, and the like? Or when he filmed his Hala Bel Khamis video with a bunch of youth? Or did he simply wake up on November 4th, hop on his private jet to Saudi Arabia, probably without paying that extra tax his government imposed on us, and decided that he did not want to be prime minister anymore?

Whether we are going to actually have elections in 2018 becomes up in the air as well. What Hariri resigning also does is entice Lebanon’s Sunnism, further fueling their sense of being at the short end of the Lebanese stick, threatened merely for existing. Sectarianism is in full blown play, months before we head to the polls – if we do in the first place.

With threats of war, conflict, instability, the Lebanese population deserves more than politicians who are willing to throw it under the bus on whimsical dictated moves. We deserve more than to wake up one day and realize we don’t have a government anymore, and that our security and well-being is even more up in the air just because a politician’s foreign bosses told him so.

12 thoughts on “Hariri Resigns As Lebanese Prime Minister All The Way From Saudi Arabia, Because Patriotism”