I went to 3enab yesterday for the first time and I thought it was a very cool restaurant. I really liked the old-fashioned Lebanese architectural aspect of it. The food was good as well – after all, you can’t go terribly wrong with Lebanese food, which is the absolute best, and that is a fact.

As my friends and I settled down, a waiter came to us and asked if we wanted an arguile. I promptly asked him: isn’t smoking banned? He then replied: we’ll open this window: 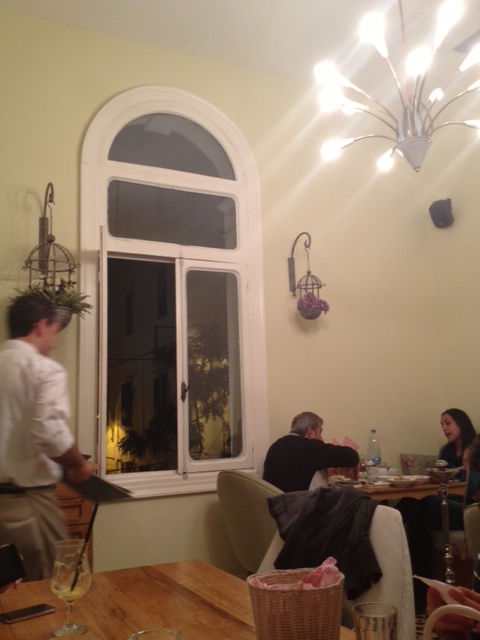 Never mind that the window was tiny but apparently that’s enough to consider the room an “open space” – whatever that means. Soon enough, a couple coming for dinner ordered an arguile. The man was also smoking cigar.

As we finished having dinner and turned around to leave, we were surprised to find the entire restaurant filled with arguiles, even in sections of the restaurant without windows to open. A friend noted as we exited the door: it felt like shisha cafe for a moment there.

Ironically, this is the sign they had at their main door: 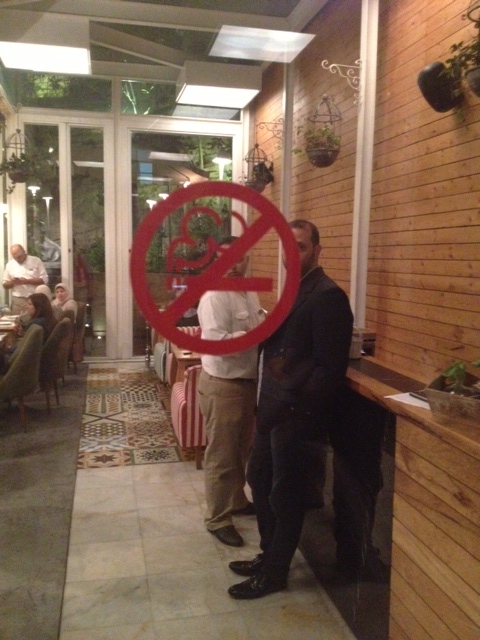 As soon as I left, I called 1735 and reported the place. They took my contact info and said they’ll look into it. But as I was made to realize: infringing the law this obviously in an area where tourism police is constantly on the prowl, seeing it was a Friday night, means 3enab probably has some under the table dealings with those making sure the law is carried out. Anything for that extra arguile revenue.

I’m pretty sure those against the smoking ban are elated right now.