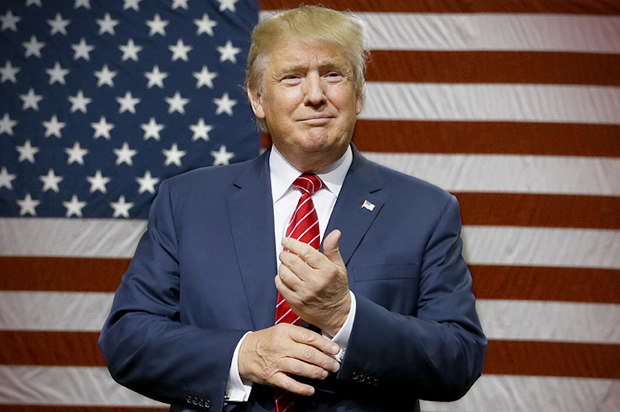 I was rejected the US visa for the first time when I was fifteen. I remember standing there, in front of the Embassy Consulate, unsure as to why I was being shut away, as just a young boy, from spending a summer abroad with his family. I was told I didn’t have an “extended enough travel history,” because as you know most 15 year olds have probably been around the world.

Ten years later, after months of back and forth with the Embassy and papers flowing in and out, I was finally given a visitor’s visa for 5 years on my third try, routine for Lebanese citizens who were granted the document as far as I know. A few months later, I visited the United States of America for the first time ever.

On my second visit, the border control officer said his system “couldn’t process” me, so I was taken into another room where, an hour and another interrogation later, I was permitted entry to come into the US to do my medical residency interviews. This happened again on my third entry, with longer waiting times. Entering the US has been the most invasive thing to my being, and I’ve survived medical school.

It’s also what has been happening to many of my colleagues and friends: doctors, scientists, researchers, humans. Just because they were unfortunate enough to be born in countries that are not worthy of enough of having their citizens treated with the minimum of human decency. I can tell you stories about physicians who were kept in those rooms for four hours, waiting for who knows what. It’s never easy to sit there and not know what’s going to happen to you, just because you dared seek entry of a foreign country that you’ve already been thoroughly vetted to be given a visa to.

This process that we go through every time we want to come here, that we know we have to willingly subject ourselves to in order for us to visit New York or some monument or even see some extended family is, apparently, not “rigorous” enough.

Today, on my third visit, with the news of president Donald Trump stopping visas and entries from countries he doesn’t like and even though my country isn’t on the list, I’m the most scared and the most unwelcome I’ve felt in a country whose history celebrates its diversity and its enabling of people from all kinds by giving them a chance at making it.

Not if your kind is Arab.

You’ll read plenty about illegal immigrants, but the fact of the matter is the United States scares me too much for me not to abide by its laws. It’s not about how it cracks down on illegals or how it’s managed to change the course of my region for centuries to come. It’s about how humiliated I’ve felt every single time I’ve applied for that visa.

Many of you wouldn’t think twice about the notion of a “tourist visa.” To most of you, the term is as foreign as that of the person demanding it, but every single time we apply for one – be it for the United States or any other country – we have to subject ourselves to the most rigorous of checks, be ready to provide every form of documentation imaginable. Just for a visit.

And this isn’t rigorous enough.

For a refugee to be granted entry to the United States, they must first apply through the UNHCR, which conducts its own interviews and documentation collection process. Those selected for re-settlement in the United States have their files referred to the State Department which puts the refugee through screening by the National Counterterrorism Center, the FBI and DHS. More anti-fraud agencies come into play later as well as the U.S. Citizenship and Immigration services (USCIS), which interviews the refugees, fingerprints them, and runs those fingerprints through the FBI, DHS and Department of Defense.

If a refugee passes through all of that, they are given health screenings to make sure they’re not bringing in any diseases to the US, while being enrolled in cultural orientation classes as they wait, while their information is checked constantly against terrorist databases. On September 15th, 2016, the US House of Representatives also voted to add further screening steps that require the FBI director to sign off on every single refugee.

Over the past 15 years, the United States, also the world’s third largest country in size and population, has re-settled only around 780,000 refugees.

And this isn’t rigorous enough either.

The fact that my friends have to be told by their employers not to go home for fear of their visas not getting renewed, and have their families not be able to visit them because someone out there is so afraid of them existing is 2017’s reality for many. But we can’t say anything about it, because it’s their country and we’re just parasites in it.

Growing up, America was always a place of hope for me. It was from where, as a kid, my relatives visited with gifts. It was the place from which, growing up, my favorite musicians, series and movies emanated. It is the place, today, that I’m working diligently as a graduated physician to come train in. Today, that place gives me anxiety, just for coming from a certain country in a region whose entirety is on a blacklist, knowing that the most illegal thing I’ve done in my life was break speeding limits.

If history has taught us anything, it’s that selective targeting is never a good thing nor does it build better societies nor does it contribute to the betterment of countries. After all, isn’t one of the most shameful events in American history were the Japanese internment camps around World War II?

With every passing day of Trump’s presidency, and at this rate it is daily, America’s image is getting distorted. Perhaps that is what those who voted for him want: for it not to remain a country of inclusiveness, and become a walled – literally? – state. But it’s also my belief that no country can ever truly be great through hate, fear, the refusal of anything that is different and the denigration of a people. A few decades ago, Anne Frank and her family were denied American visas. How many Anne Franks will be refused away because of fear today?