Beirut Madinati, the independent and refreshing campaign overtaking the Beirut political establishment, has just announced its list of candidates for the upcoming Municipal elections of the city, set to be held on May 8th.

As I wrote yesterday, the work to get to this list at hand was not, in typical Lebanese fashion, a who’s who along the echelons of a political party. It was more than 80 active participants in the movement gathering and discussing for months on ends the wide array of possibilities that they could offer the city. The result is as follows: a list that is equally men and women, 12 members each, representative of all the city’s neighborhoods and communities, and consisting of people who have made a name for themselves in their respective domains.

Not only is the list equally balanced between men and women, but 6 out of 24 are considered of the youth group, 16 are middle aged candidates and 2 are seniors. Compare this with an average age of more than 60 in our cabinet, and the contrast is striking.

The candidates are as follows:

Tarek Ammar: vice president; He’s the CEO of a researching company with over 16 years of experience in the field. (Achrafieh).

Iman Ghandour: Private sector worker, former deputy head of the “IC alumni association,” member of the board of many festivals around Beirut and Lebanon (Bashoura).

Mona Hallak: Architect, Executive committee member of the Association for the Protection of Sites and Old Buildings in Lebanon. Was an activist in the protection of Rawcheh movement and the reason behind “Maison Barakat” being saved. (Mazraa).

Rana Khoury: Advertising creative director and a board member of the Samir Kassir Foundation (Bashoura).

Nada Doghan: Historian and member of the Civil Society. CEO of the Arab project “Kitab fi Jarida” in cooperation with UNESCO. (Msaytbeh).

May Daouk: Interior architect, supporter of Skoon and the Samir Kassir foundation, as well as activist for women rights in Lebanon. (Msaytbeh).

Walid El Alami: Cardiologist who graduated from AUB, the University of Oklahoma and Baylor. He returned to Lebanon in 2012 and is part of the “IC alumni association.” (Ras Beirut).

Levon Telvizian: Architect, professor at the Lebanese University, was head of the urban planning program there. He’s currently an advisor for multiple development NGOs and works with UNESCO for housing in Lebanon. (Rmeil).

Abdul Halim Jabr: Architect and urban design expert, as well as part time university professor. Activist against the Fouad Boutros highway and in many other conservation fights in Beirut. (Msaytbeh).

Carole Tueini: Media sector, was an anchor on MTV before joining Disney MENA, where she eventually became an executive producer. (Achrafieh).

Nada Sehnaoui: an artist and painter, founding member of the Civil Center for National Initiative (Achrafieh).

Rita Maalouf: Expert in forensics, returned to Lebanon from the United States in 2008. She’s the first forensics expert in Lebanon’s Ministry of Justice. (Ras Beirut).

Good luck to these people on May 8th. Change is possible. Change needs you – if you can vote in Beirut – to go down to your precint on May 8th and choose those that have fought for you for years, choose those who know how it is to lead the city in the proper direction, choose those who are not the status quo.

Write down their names. 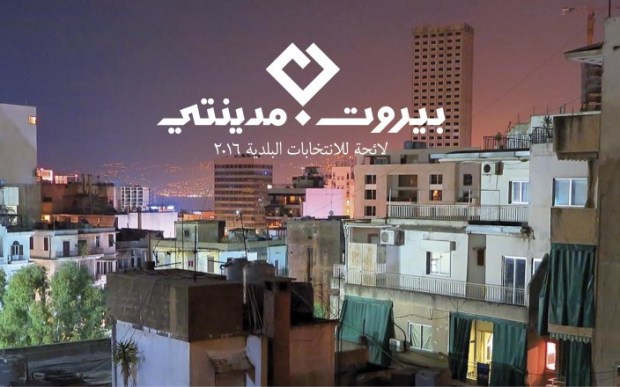 Over the past several weeks, a true grassroots movement has been overtaking the streets of Beirut as a new movement trying to reclaim the city it calls home began its rise; Beirut Madinati was doing something that Beirutis hadn’t seen in a very long time, if ever: they were holding gatherings in different neighborhoods across the city to talk to the city’s own people about their woes, to tell them that we are not a Hariri-appointed list of people who believe they are entitled to your vote, we will work for it and this is us doing so.

Of course, the work of Beirut Madinati did not start when our Municipal Elections became an inevitability. Over the past years, the same supporters and people behind this robust youthful movement were orchestrating many of the protests we’ve all been supporting and advocating for. They called to have Horsh Beirut re-opened and succeeded in it being as such on Saturdays. They fought against the demolition of many of Beirut’s culturally important landmarks. They are fighting against the Fouad Boutros Highway that will destroy any remnant of Achrafieh as we know it.

Today, they are giving their fights a name and it is aptly called: Beirut, my city.

Giving Meaning To The Elections:

Over the past several years, the municipal elections of the city of Beirut were everything but “democratic.” The city’s key parties, mostly the Future Movement, appoints a list of the city’s candidates, without any inkling of equality, and that list ends up winning by near acclamation. No one stands a chance. Correction, no one stood a chance. Until now.

Beirut Madinati is a group of men and women, of all ages and backgrounds, fighting to reclaim the city they call home and let it become the place they know it can be. Their composition is breaking the boundaries of Lebanese politics itself. Instead of having only 3 women on the Municipal board, Beirut Madinati is reportedly submitting the candidature of 12 women – exactly half. One of those women is brilliant Lebanese director Nadine Labaki. One of the men nominated is Yorgui Teyrouz, the founder of Donner Sang Compter, the NGO that has saved thousands of lives since its inception.

The names of Beirut Madinati’s candidates have not been fully announced yet. However, the list was obtained not because someone is something up the echelons of a given party, without any consideration to that person’s qualifications, but through a rigorous process that involved more than 80 members of the movement. All opinions were heard. Even the head of municipality promised by that list will be an engineer because their plan needs someone with that background to implement it.

This is not the politics of Lebanon which has almost always emanated from the dark ages, but rather citizens of this city trying to do things the way they should be done: with a modern inclusive approach, and a futuristic look at how things need to be. Today, Beirut Madinati is giving meaning to Beirut’s municipal elections. They are giving us a choice.

Giving Hope To The City:

Beirut Madinati giving the people of Beirut the possibility of having a voice come May 8th does not come without them being aware of the responsibility that entails. As such, for the first time in years as well, the people of Beirut have a set of candidates who are running to work for a platform that is conceived through careful and scientific assessment of Beirut of 2016, with what they hope for Beirut to become by 2022 when their term ends.

The platform is divided into 10 main entities, which I will summarize below, but you can read the full 30 pages program at this link (click):

Not only will this program, if implemented, bring Beirut head on into the 21st century city it should be, but it would also boost the quality of life of millions of Lebanese who call the city their home, whether they actually vote there or not.

By bettering public transportation, access to the city becomes easier. You’d no longer need to spend ninety minutes in your car stuck at Nahr el Kaleb every morning. With less traffic, more people would find it easier to live in the suburbs or areas around Beirut, bringing real estate prices down. With better governance, citizens of the city would have better accountability. They’d know who messed up and how. It would no longer be the time for murky politics. The examples and ramifications are endless.

They are also running without politicians backing them. They rely on regular people like us for support and donations to keep their campaign going. So donate at the link (here) if you can.

Your Choice On May 8th:

I may not be a Beirut voter, but I’ll be damned if I weren’t going to use this platform to advocate for such a group. Winning is, obviously, Beirut Madinati’s goal but the showing they will have on May 8th, regardless of numbers, will be substantial enough to tell the entrenched Beiruti establishment that the city’s people are no longer subdued to the demented politics bringing about the same municipality over and over again, different people perhaps, but same useless agenda every time.

Your vote for Beirut Madinati on May 8th is telling those politicians that have taken you for granted over and over again that you are not just another number they can move and calculate however they please, but a citizen who knows he or she is entitled to a municipality that cares for their future and not to have its members gain a title, a source of income for their bottom line, and have this political party or that say they control the city and consequently you.

On May 8th, your vote as a Beiruti matters. Rise above the meaningless politics. Challenge the establishment. Set your city on the path that befits it. On May 8th, vote against the status quo and for a better future.