Between articles about how empty Downtown is and a reiteration of every form of the word “Phoenix” possible, there has been plenty that international publications have said about our capital. But there hasn’t been, in my opinion, as interesting an article as the one published in The Guardian today (link). In fact, it has taught me a few things about the city’s future that I felt should be shared.

Solidere’s view for Downtown Beirut is only halfway done. That empty but beautiful looking aggregation of charming but ultimately lifeless buildings is not where things end. Solidere’s view for how the center of Beirut should be is basically to get as many fancy worldwide architects as possible and have them build on one of the city’s plots.

As such, here are 5 projects that await the city in the future.

If you thought Zaha Hadid’s AUB building was bad, wait till you see this. Beirut Souks as they stand currently are not expensive nor are they enough for regular shoppers. So, naturally, they will expand in the future with the addition of a Zaha Hadid-designed department store that will also serve as a residential space in some of its floors. Why? Because money, I guess. The place will have be a 5-storey development of 26,370m2 usable area (32,390m2 gross). And it looks ugly. For more information, check this.

In the “Minet el Hosn” area, behind the Four Seasons hotel and facing Phoenicia, 3 towers are currently under construction, and nearing completion. The 3 towers are basically a staggered face that rises up to 120 meters. And here I thought urban planning in the city had a limit on how many “high-rises” you can have. They are considered “luxury apartments” and as such, add this to the list 99% of the Lebanese population can’t afford but will spend the rest of their days looking at. For more information, check this. 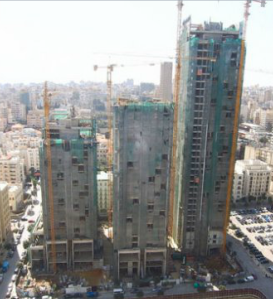 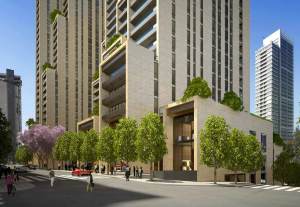 Also in the “Minet el Hosn” area, facing Phoenicia, the “Beirut Terrace” project is currently under construction. An architect friend of mine once said he found the design to be impressive, so I would assume that this one of the better ones from an architectural point of view. In 2013, this project ranked 3rd among 36 projects worldwide in the MIPIM Awards. Of course, this apartments complex is also not within your budget, or almost anyone’s budget for that matter. The penthouse is $13 million. For more information, check this. 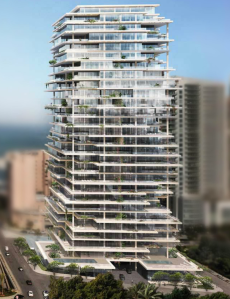 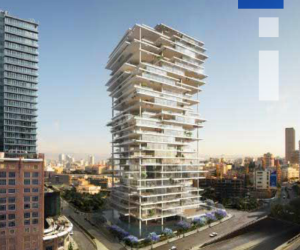 Seeing as that same area isn’t saturated with wellness centers and shopping spaces already, here’s another one. The project includes retail, restaurants and cafés, high-end serviced apartments and a wellness center, the future Beirut Spa and Wellness Center. It will be a continuation of the Beirut Souks project and serve to connect the hotels area (Phoenicia, Four Seasons, Monroe) with the commercial district (Souks, Downtown). Located along Patriarch Howayek Street, it will cover an area of 17,173m2. For more information, check this. 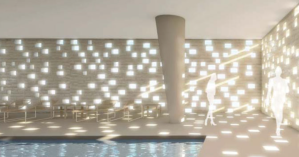 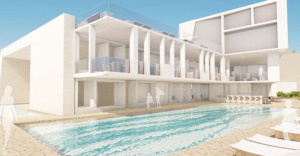 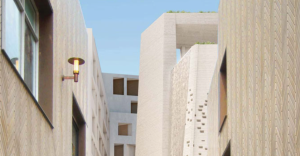 Sama Beirut, which is nearing completion, won’t be the country’s tallest structure for long. “Pinwheel” is the name of the glass tower to be built at Wafiq Sinno avenue, near Biel, effectively blocking the view for most of the buildings behind it.  The towers will have a department store and ballroom in their lower levels, and a hotel with serviced apartments in the higher levels. For more information on the project, check this. 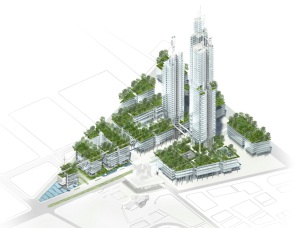 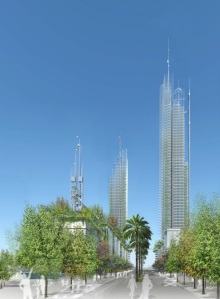 We’ve all heard about this one when the plot on which it was built turned out to have Lebanon’s first Church. Naturally, everyone was outraged. Except this time, because it was a religious building, the outrage ended up putting the project on hold. As it looks now, this will be the project out of the 5 listed never to see the light of day. It was supposed to be a hotel, shopping center – because downtown doesn’t have enough of those – as well as a spa. For more information, click here. 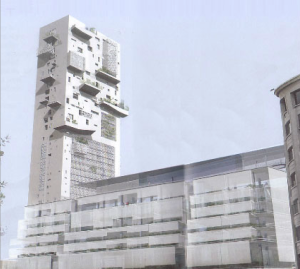 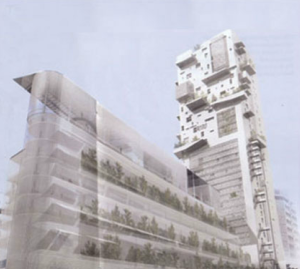 They wonder why we feel disconnected with the city’s heart, and ultimately with the city itself. Beirut is not meant for us anymore. Even the less “fancy” development is not something most of us can afford. The Beirut that our parents told us stories about is nowhere to be found anymore, and if you thought the future would move retrogradely towards a city that’s more accessible to Lebanese, and less aimed at wealthy expats and Saudi sheikhs, you thought terribly wrong.