Upon checking my Facebook home feed yesterday, I was struck by pictures of men kissing. No, I’m not homophobic but yes, I was taken aback by them.

Upon closer inspection, I saw that those pictures are of world leaders kissing. The caption on the bottom right was Benetton’s logo. And then I understood: this is a marketing ploy aimed at something. But what is that “something”?

It seems Benetton is supporting the “Unhate” foundation, which according to their page, “seeks to contribute to the creation of a new culture of tolerance.”

While I am fully supportive of the cause, our world definitely needs more tolerance, is it really Benetton’s place to put up these ads, start the foundation and work for it?

First, I find the ads borderline offensive and somewhat ridiculous. First, the concept of “unhate” does not involve world leaders kissing each other on the lips. I see the controversy in the idea but an ad campaign revolving around activism should at least have a firm ground from which those exposed can start from. I cannot even imagine Obama hugging Chavez. Then how about them kissing?

Second, Benetton is a clothing company that does fashion. The days when my parents used to drag me there to get clothes are long over but I still remember their clothes having good quality. I mean, the raincoat my parents got me when I was five got passed down to my brothers and still exists somewhere as a memorabilia. But no matter. When a company does “fashion,” is it also in its spectrum of business to go the activism route? I hardly think so. I am not the most knowing when it comes to fashion (nor advertising) but, in my head, it makes more sense for an ad by a fashion company to make a fashion statement than for it to call for activism. The ads Benetton unleashed do not serve the former but serve the latter. However, do they even serve the latter properly?

This leads us to:

Third, no they do not because the ads are borderline irrelevant. The only traction these ads will get is via the condemning of the Vatican and the people who are shocked by these ads. Will the message be assimilated by those expose? Will they start “unhating” and “kiss” their enemies? I hardly think so. At most, those who love the ads will rave about how ingenious they are for a few days. Those offended will throw a fit and then forget about it sooner or later, simply because our attention span is really shorter than that of a fish. For a marketing campaign to remain relevant, it needs to have continuity and longevity. I do not see the Benetton campaign having either of those.

Maybe a kiss on the cheek would have been, ironically, less traitorous than a kiss on the mouth. I don’t understand how the concept of “unhate” can happen when you’re ridiculing the beliefs of two of the world’s biggest belief systems by having the Pope kiss the Sheikh of Al-Azhar. Or it could possibly be old-fashioned yours truly who believes that tolerance starts with respecting the different other. I don’t see much respect into getting a photoshopped Obama french-kissing a photoshopped Hu Jintao. But what’s worse is that many people won’t know these pictures are indeed photoshopped and will assume that the Pope in fact kissed Sheikh Al Azhar or that Angela Merkel is now having an affair with Nicolas Sarkozi. People will assume the pictures are “real” and once the ball gets rolling with “reality” there’s no stopping it.

These are the controversial ad pictures: 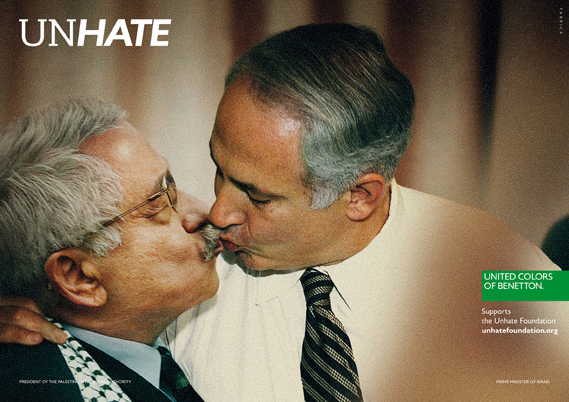 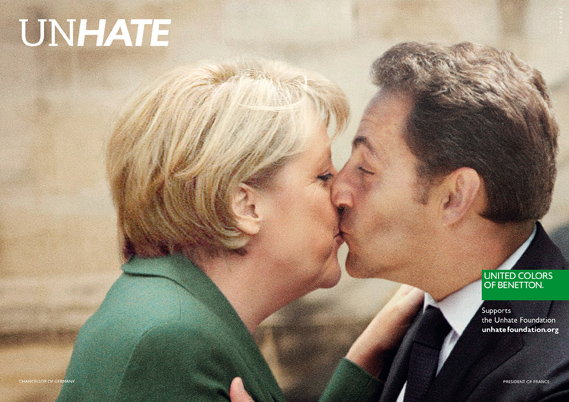 And to make things even more absurd, the ads are not even original: 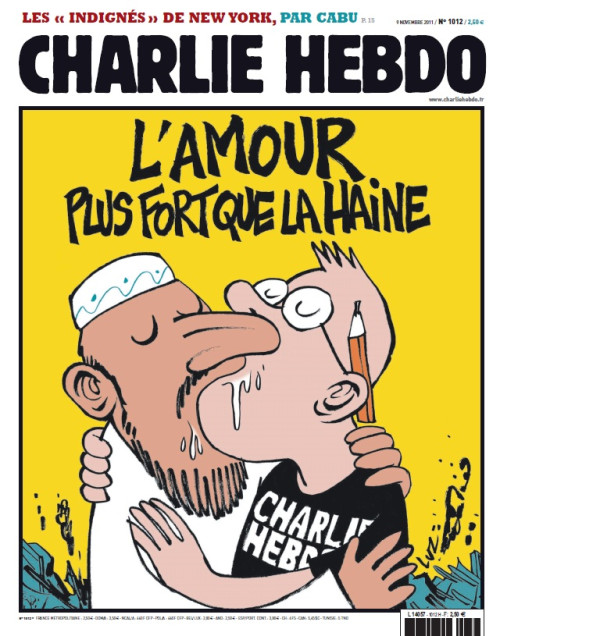