Note: the top 5 songs can easily be rearranged as you see fit. I have personally classed them as such based on how often I listened to them according to their iTunes play count.

This indie band released this song back in September but never got into it until very recently. It’s quirky, exciting and, well, fun. “Tonight, we are young. So let’s set the world on fire, we can burn brighter than the sun.”

One of the few Lady Gaga songs I can stand and my favorite of hers by far. It could be that there’s nothing “Gaga” about it. It could be that it might as well be played on country radio but You and I is definitely the best song on her otherwise disappointing new album: Born This Way. (My review of You and I)

11 – We Owned The Night – Lady Antebellum

My favorite song off their new album, Own the Night. The lyrics are smooth, fresh and lively. The music is happy, effervescent. The chorus is one line that will get stuck in your head. “Yeah we owned the night!” (My review of We Owned The Night).

This newly released song is easily one of my favorites of 2011 as well simply because it is a greatly written somber song, perfectly befitting the mood of the movie it will be part of. It is among Swift’s best works and can be one of the few songs she has written that would please a wider fanbase than the teenagers she normally targets. “Just close your eyes, the sun is going down. You’ll be alright, no one can hurt you now. Come morning light you and I’ll be safe and sound.” (My review of Safe & Sound).

My favorite song off Lauren Alaina’s great debut album, Wildflower. It is a sweet song about young lovers who elope to start a new life. “When you’re young and in love you might do some things that don’t seem all that smart. Cause there ain’t no greater distance than the eighteen inches from your head to your heart.”

Absolutely one of the most stunning songs I recently heard. There’s no clear chorus, there’s no clear bridge – it’s nowhere near a typical song you’d hear anywhere. And it’s simply breathtaking. “In the meantime I’ll be waiting for twenty years and twenty more. I’ll be praying for redemption and your note underneath my door and your note underneath my door…”

Released early in 2011, this is a Bon Iver cover. Well, forgive me Bon Iver but your song about heartbreak is conveyed in a way more heartbreaking way by this fifteen year old singer. “Come on skinny love, just last the year. Pour a little salt, you were never here…”

6 – Pumped Up Kicks – Foster The People

Let the Adele domination of whatever remains of this list begin. Her first single of her smash of an album (or whatever you call selling over 15 million copies worldwide of an album in one year nowadays) is also one of the year’s biggest hits everywhere. “There’s a fire starting in my heart reaching a fever pitch and it’s bringing me out the dark.”

Although released to country radio back in 2010, I’ve decided to include this song in this list because 1. I didn’t have a blog in 2010 and 2. It was released to other radio formats in the US in 2011. There’s just so much I can say about this song and I would still be able to say more. You only need to look at how many people were affected by this song to know exactly the magnitude of its reach. It may not have become the smash hit that Someone Like You or Rolling In The Deep became but it is a song equally worthy, if not more. What song can get a sixty year old woman to stand in a concert in the scorching sun and hold a banner saying: “She died young.” You can’t listen to If I Die Young without being contemplative. “If I die young, bury me in satin. Lay me down on a bed of roses, sink me in the river at dawn, send me away with the words of a love song.”  (My review of If I Die Young).

My favorite song off Adele’s 21. This song is about her breakup – as is all her album, obviously – but this song treats that breakup in a very different light than the other songs. It’s a confusing song in the sense that the beat is there so you’d expect the song to be happy and yet the lyrics are devastating. “My hands, they were strong. But my knees were far too weak to stand in your arms without falling to your feet. But there’s a side to you that I never knew. All the things you’d say, they were never true. All the games you’d play, you would always win.”

The bonafide country hit of the year. Remind Me, the fourth single off Brad Paisley’s new album, is a song about a couple wanting to rekindle their dying romance and it resonates with almost all couples who have been together up to a point where they’ve become so used to each other they take their significant other for granted. The song beholds a stunning vocal performance by Carrie Underwood who’s set to release her fourth album sometime in 2012. “Do you remember how it used to be, we’d turn out the lights and we didn’t just sleep? Remind me, baby remind me.” (My review of Remind Me). 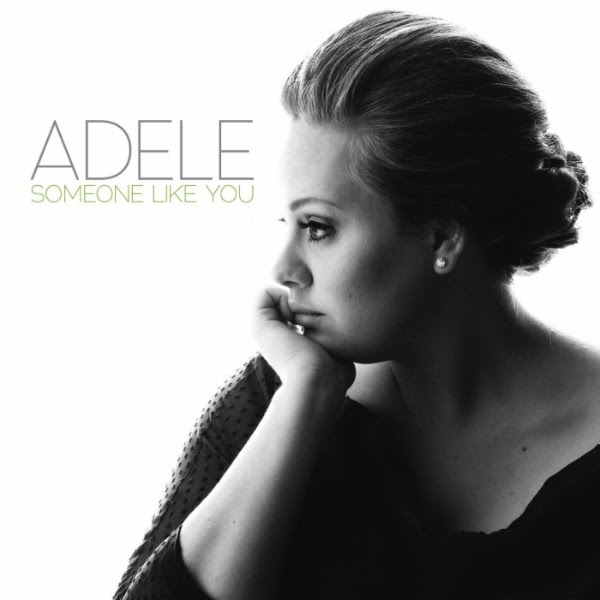 Adele recently announced Someone Like You as her US follow-up to her mega hit: Rolling In The Deep.

Already released in the UK as a single off her international multi-platform monster of an album, 21, Someone Like You got to #1 after a brilliantly heartbreaking show-stopping performance at the Brits. Why review the song now? Well, what better opportunity to write an extensive praise of such brilliance than when this unconventional choice for US radio is preparing to hopefully become a hit there as well?

Someone Like You is a song about the regret that you feel but cannot share. It’s a deeply personal song about all the words Adele couldn’t say to the person to whom this song is meant. Someone Like You starts with things Adele heard about him. He settled down, found a girl and married her. She tries to feign courage by asking him why he’s shy, since it’s very unlike him. And then she confesses that she she had hoped by turning out of the blue, uninvited, and by seeing her face, he’d be reminded that for her, it’s not over.

And then Adele sings the heartbreaking chorus: “Nevermind, I’ll find someone like you. I wish nothing but the best for you two…” You can feel the desperation in her voice as she sings those lines. Her voice breaks when she wishes nothing but the best for them two. And then she begs: “Don’t forget me, I beg. I remember you said, sometimes it lasts in love but sometimes it hurts instead.”

The song proceeds to the path of memories. “You’d know how the time flies, only yesterday was the time of our lives… we were born and raised in a summer haze, bound by the surprise of our glory days,” alluding to a summer romance that took place between the two before she apologizes again about showing up out of the blue uninvited, hoping that when he had seen her face, he’d be reminded that it’s not over.

Someone Like You is not a song about Adele being bitter. It’s about her being in love – so in love, in fact, that she can let the person go and wish nothing but the best for him, regardless of how much that might hurt her.

Someone Like You is a hypothetical song that Adele is singing to herself, not her former lover’s face. She’s imagining herself standing in front of him and giving her heart away. The whole scenario of how he would act and how she would response is in her head, sort of like the countless times when we imagine scenarios and play them out in our imagination before trying to act on them. But she knows acting on the plot she set up with “Someone Like You” is not the correct thing to act on. She cannot show up out of the blue and have such a confession for him. It would be wrong from her part. So even though she wants him to remember her and even though she still loves him, she hopes, in the song, to hopefully find someone like him, someday, to make her feel that sensation of love. With whom she can share her memories, her moments and her life.

Rolling In The Deep was a song that basically said: “you’re leaving? fine. Go. I don’t care.” With Someone Like You, Adele is crawling back slowly to her former lover, acknowledging that she’s not as strong as she thought – “who would have known how bittersweet this would taste?”

On Someone Like You, Adele delivers a brilliantly chilling vocal performance that is so full of nuances that it delivers the lyrics without much effort. There is a sense of vulnerability with her delivery that channels the pain she’s feeling when she was recording this masterpiece. And she makes it look so easy. How so? Every single performance she has delivered of this song was even better than the album version. Her Brits performance got this song to go to #1 in the UK almost overnight due to the massive sales she generated after bringing people to tears.

What’s more of a testament to the strength of this song is that it’s deeply personal. The lyrics were written in a way not to let it seem open-ended. It was written for a specific person, with no intention of making it something that everyone can relate to. At least that’s what Adele said. But everyone related to Someone Like You because everyone found something that struck a cord within the specific vulnerability conveyed among the lines of that song.

With Rolling In The Deep, US pop radio took a bold step in the correct musical direction. It gave a deserving and great song the chance to be a huge hit and it ended up staying at #1 for 7 weeks at the Hot 100. With Someone Like You, one only hopes pop radio would also give a gut-wrenching ballad the chance to be something big. Simply because Someone Like You is one of the greatest songs released this year.

Listen to the album version of Someone Like You here:

And the Brits live performance: