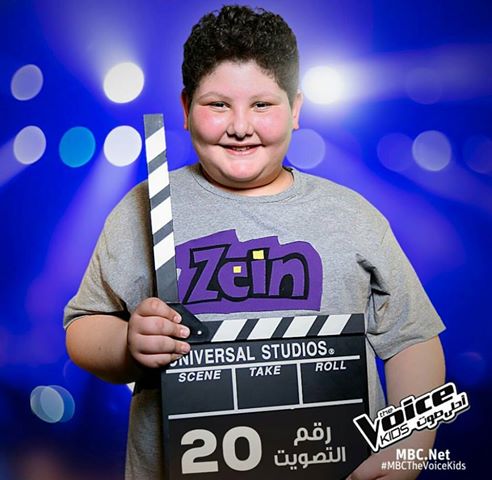 There are many things taking place in the Middle East today that classify as nauseating and despicable. We live in wars and occupation. We fight extremism, or succumb to it sometimes. We try and manage around squashed liberties and an international community that doesn’t care about our well-being outside of its relation to the oil barrel.

But few things are more despicable and disgusting than bullying a kid online, publicly and en masse.

Zein Obeid is an eleven year old boy from Syria who participated on the first season of The Voice Kids, reaching the finals before losing to Lebanese Lynn Hayek. He was one of the participants to get people talking the most, with one viral performance after the next. His stage persona was that of a total sweetheart, but that did not deter some mindless folk from bringing him down because he was overweight.

Leading up the show’s finale, the following picture circulated on social media to mock Zein: 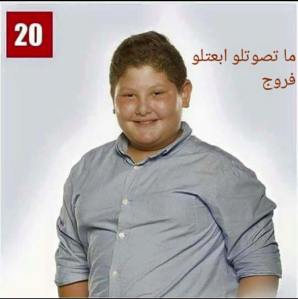 I didn’t want to share the above picture here, but it’s so wide-spread that I figured having it accompanying a piece where those who came up with it and are sharing it get trashed is not a bad way to do things. It was shared above and beyond by people who figured this was proper joke material. We’re all laughing. Ha ha.

Yes, I’m laughing at you for being such disgusting people.

In order to get to The Voice Kids, Zein Obeid had to leave his home in Syria behind and come to Lebanon, a country that has made it near impossible for Syrians to be granted entry. He had to audition in front of a separate jury before being let in front of the coaches where he had to sing for them to be convinced enough to turn their chairs. He then had to go through an elimination process to get to the finals where he was at the mercy of Arab audiences voting. He didn’t end up winning. Imagine how devastating that must feel for an eleven year old, and yet here you are making fun of him just because you’re such a strong warrior behind your computer screen.

In doing what he did on The Voice, Zein entertained nations across the Middle East with his voice and stage presence. That takes an insurmountable amount of courage and pride.

Body shaming people is never okay, let alone when you’re doing it to someone who is only a little boy and whose entire perception of his experience in that talent show is of him doing something worthwhile that he will grow up one day to tell stories about. Why don’t you stand in a mirror, and take a deep long look at yourself before making fun of someone for being whoever they are in their own skin?

You may be making fun of Zein, but he’s the one who’s going to have the last laugh. Zein, if you end up reading this, know this: you are kind, you are so talented, and you are beautiful.

From the forgotten city that always could but wasn’t allowed, Lynn Hayek and the gorgeous Fayha Choir went out and brought back to themselves and their town victories, about which the least we can say is kudos.

In its first season, The Voice Kids has been one of the most talked and watched TV shows in the Middle East, possibly even surpassing its adult counterpart. Lynn Hayek was one of the talents that turned heads since her blind audition and only reinforced her talent by progressing steadily and surely until she was one of the two remaining voices chosen by her coach, Kazem el Saher. 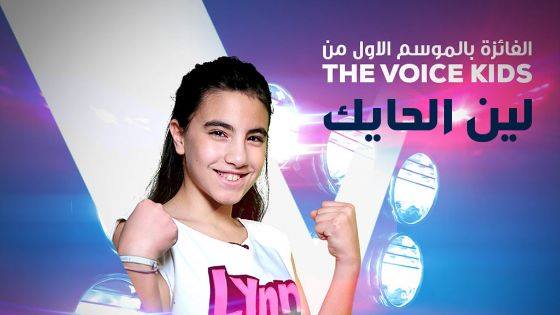 Earlier in the night, she beat Iraqi Mirna Hanna to qualify for the last round before being crowned as the first winner of The Voice Kids. Her city Tripoli celebrated her victory with fireworks and convoys circling around its streets; it was a moment of happiness that the city hasn’t seen in a long time.

I must say, all the talents on The Voice Kids were entities to behold. I congratulate these kids for doing what most people wouldn’t dare to do and expose themselves to an audience that is more than willing to treat them as jokes, as has occurred with the Syrian contestant Zein with some dimwit comments about him being overweight:

Check out a few of Lynn’s performances:

Meanwhile, in Dubai, a Choir Festival was taking place, bringing in 15 choirs from all around the Arab World in a competition to crown the best one among them. Lebanon’s participants were Tripoli’s Fayha Choir, also known as one of the most sublime singing entities you can hear in Lebanon. We couldn’t have asked for better representation if you asked me, and they delivered spectacularly by winning and becoming this year’s best Middle Eastern Choir.

Check out some of Fayha Choir’s performances:

Fayha Choir and Lynn Hayek winning today is a big deal, not only because they won, but because they won coming from a city that hasn’t seen such moments in a long time, whose people have been forcibly beaten down and forgotten and who haven’t been given any chances that others in the country have gotten.

Winning singing competitions may not be much, but it’s something. Tripoli deserves this. Lynn and the members of the Fayha Choir deserve the recognition they got.