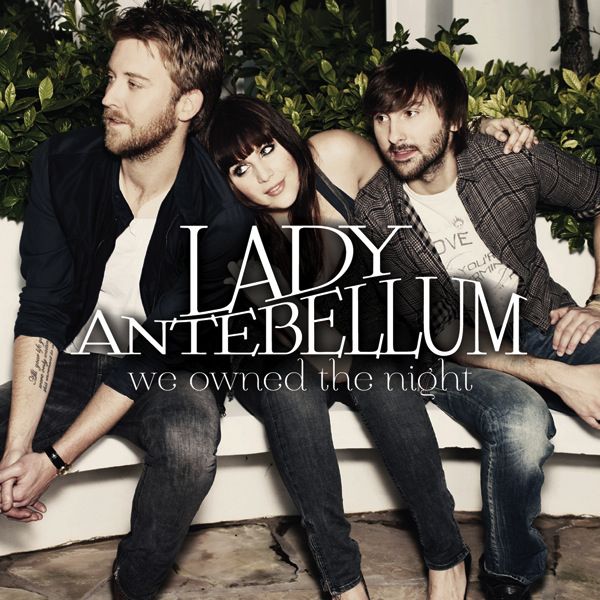 Lady Antebellum’s second single off their upcoming third album, Own The Night, is called We Owned The Night and it was released while I was backpacking across Spain. As I was the middle of a million people in the streets of Madrid, I felt like listening to the song. So I streamed it on YouTube. Five minutes later, I purchased it via iTunes.

Opening with an infectious mandolin rhythm, the song is fun and upbeat from the beginning. “Tell me have you ever wanted someone so much it hurts? Your lips keep trying to speak but you just can’t find the words. Well I had this dream once; I held it in my hands” Charles Kelley warmly and affectionately sings as the song begins.

“She was the purest beauty,” he continues, “But not the common kind. She had a way about her that made you feel alive. And for a moment, you made the world stand still…” as Hillary Scott provides harmonies in the background. And then the song’s chorus kicks in. “Yeah, we owned the night.”

And that’s it. Yes, that’s the whole chorus. And it works marvelously. Why go into more details when it can all be summed up in one line and have that line hit its target perfectly? Yeah, they owned the line – and they make the song’s hook out of it.

We Owned The Night ends with Charles Kelley, in synchrony with Hillary Scott’s harmonies, asks the girl if she remembers “we woke under a blanket all tangled up in skin not knowing in that moment we’d never speak again. But it was perfect;  I never will forget when we owned the night,” wondering where she is and if she’s “looking at those same stars again” but the most important thing is that they owned the night.

This song’s biggest strength is it’s relatability. Lady Antebellum are telling their listens a story that happened towards the end of one summer, a story that could have taken place with any of those listeners. It’s drastically different in style than their latest offering, Just A Kiss, but there’s no doubt in my mind it will be another big hit for them.

We Owned The Night is very different from most songs you hear on the radio – even country songs. You can’t help but smile when you listen to it. The song is captivating. Why? because it’s very easy to remember when you were a love-stricken teenager, saying goodbye to your summer days when you listen to it. And your heart fills up with joy and you just feel like holding a girl in the streets of Madrid and dancing with her. At least that’s what I did.

Listen to We Owned The Night:

This entry was posted in Music and tagged Charles Kelley, Country, Hillary Scott, Just A Kiss, Lady Antebellum, Madrid, music, Need You Now, Own The Night, Spain, We Owned The Night. Bookmark the permalink.

3 thoughts on “We Owned The Night (Single Review) – Lady Antebellum”