It looks like one of the new threats to burden the “lovely” Syrian regime is Apple’s iPhone. As if killing 4000 people, torturing countless more and terrorizing their whole country (and a neighboring country too) wasn’t enough.

But yes, according to this memo from the Syrian General Directorate of Customs, the iPhone has been banned because of its many features. I fail to see how a phone can threaten a political regime but I guess when you’re that insecure, anything goes. Or perhaps the iPhone has some hidden: Topple Regime app.

Check out the memo for yourself. 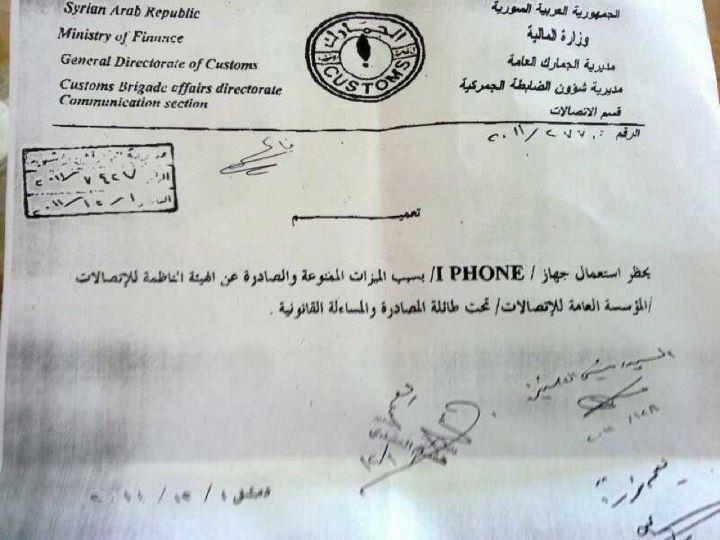 6 thoughts on “The iPhone is Banned in Syria”