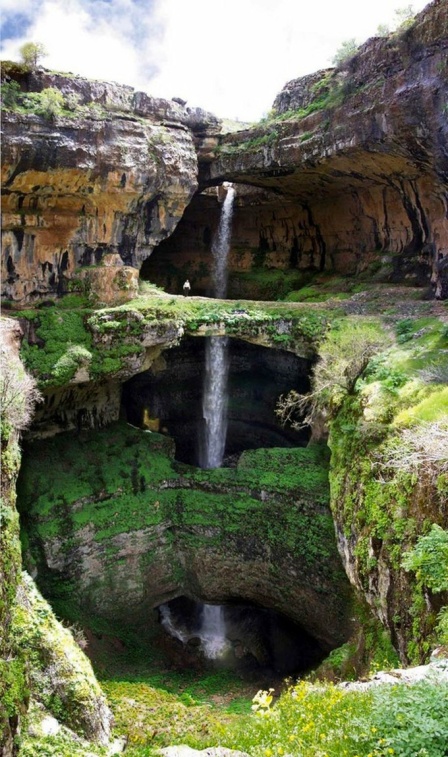 Bal3a is a region in the mountainous village of Tannourine, in the east of the Batroun caza, North Lebanon’s first district. Home for its famous sinkhole, Bal3a is also the source for the “Joz” river, Batroun’s main water source.

A very ambitious project has been in the works for Bal’a for a few years now. The plans for a dam, to be built on the Joz River, have been in motion. This dam would increase the water resources for the whole Batroun caza by drastic amounts.

To build this dam, bids were submitted to the government back in June. Moawwad and Eddeh Contracting Company won the contract to build the dam, with a total amount of $32 million. For reference, this is the same company that built the Shabrouh Dam in Keserwein. However, this company was surprised a few weeks ago with a decree issued by the government, via the ministry of energy, to accept an Iranian donation of $40 million with one stipulation: an Iranian company was to build the dam, a project that would take four years.

The Lebanese company has filed an official complaint with the ministry of energy, managed by nonother than son-in-law prodigy Gebran Bassil. As if the electricity crisis was not enough for Bassil. The company still hasn’t gotten a reply as to what exactly happened.

But let’s contemplate this. The project will take four years. If everything goes as “planned” for Bassil & co, the Iranians will be roaming the Batroun mountains freely, under the umbrella of a security network, which will be provided by Iran’s allies in Lebanon: Hezbollah. Who knows what they’ll do other than build the dam.

If this Iranian company ends up beginning the constructions, Hezbollah and the Iranian Revolutionary Guard would have gained a stronghold in one of North Lebanon’s main mountains. And with Tannourine’s geographical contact with the Beqaa, a known Hezbollah stronghold, along with its proximity to other Mount Lebanon mountains where Hezbollah has already set foot, the possibilities become endless.

Let alone the fact that the Lebanese government has apparently preferred to hire an Iranian company over a Lebanese one, I have no idea how Gebran Bassil can let his own region be defiled in such a way and consider it simple “contracting” with the government. How can Gebran Bassil think he has a viable chance at getting elected in 2013 when he’s letting the people who killed Tannourine’s own Samer Hanna into his home?

And just a final question so I don’t let this drag on. Why, as a Batrouni, do I have to bear with someone I did not choose to represent me?