I haven’t watched Lebanese Basketball since Sagesse went down the drain – it’s just not that interesting anymore. But everyone is talking about how Mohammad El Akkari scored 113 points to lead his team, Mouttahed, to a win over Bejjeh on Wednesday. Out of those 113 points, 32 were 3-point shots – out of 59 attempts that is.

Akkari’s previous averages were 7.6 points a game. So I have no idea how he managed what he did. But according to sport experts, he’s the first person in a long, long time to manage over 100 points in a single basketball game. Call it impressive, call it fishy, at least he’s making the news rounds. 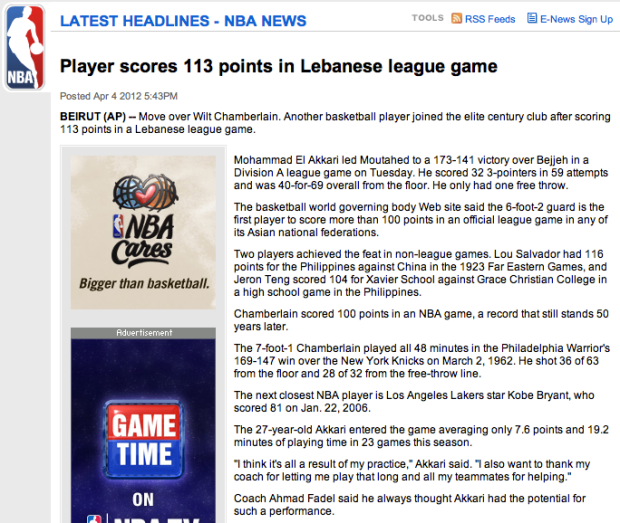