I’ve had these stories in mind for a while now, waiting for the week of the centennial anniversary of the Titanic sinking to post them. And I figured the best way to start is with the story from my very own hometown, Ebrine in North Lebanon.

Daher Abi Chedid happens to be the uncle of my cousins’ grandfather. My neighbor, the former mekhtar of my hometown, was eight year old at the time of the story’s events. Both of these men, now deceased, told anyone who’d hear the story of the man they knew, like no news service can now tell you.

Daher was a young man, very well-built and extremely tall. He was one of the people strong enough in my hometown to be called for building duties. This was 1912 – everything being built at the time required manpower. Daher Abi Chedid had it.

On one day in late March 1912, students of my hometown’s school heard a single gunshot and ran out of class, panicking. The sound had emanated from the basement of the Nakad family house, fairly close to the school and my hometown’s church – St. John the Baptist. 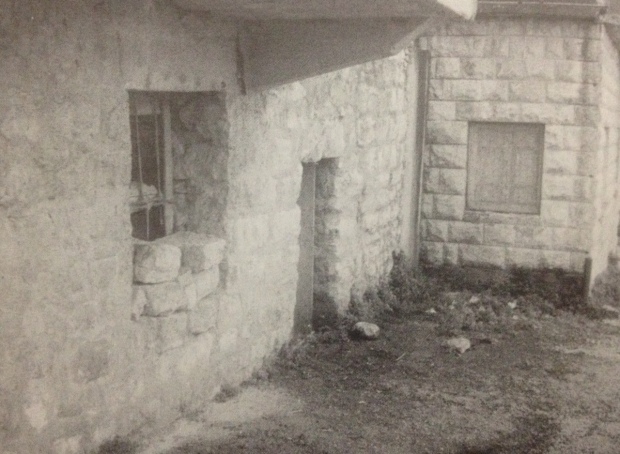 What had happened was the following: Daher Abi Chedid was in love with a girl named Marroun Sejaan. As the two were sitting together in the basement, Daher took a Martini rifle and pointed it as Marroun, asking her jokingly if she was in love with a guy named Maroun. She replied: I swear on the Virgin Mary that it’s not true. So he jokingly asked: “Do I shoot you?” Both had thought the rifle wasn’t loaded. Its tip was also corroded. Marroun replied with a yes. Daher pulled the trigger and the rifle fired, hitting Marroun in the neck and killing her immediately.

Once the people from nearby premises got to the location of the shooting and found Marroun dead, blood pouring out of her neck, no one dared to approach her as they waited for the Ottoman police officers to arrive. News of the shooting spread like wildfire around the area and Marroun’s cousin came from Batroun with a vengeful attitude towards Daher Abi Chedid who couldn’t but seek a hiding place at a relative’s place until he could sort out his affairs. At one point, the Ottoman policemen were close to rounding him up so he sought hiding in what we call the “Meghre2” today – a vast piece of land that fills with water during the winter, turning it into a big lake.

The meghre2 in late spring.

So Daher’s uncle, working with Daher’s mother in the United States, and through his connections with the Ottoman authorities, managed to get a boat for Daher readied at the port in Selaata, which then took Daher to Cyprus then to Cherbourg in France then to the Titanic.

Daher Abi Chedid was not shot dead by the security personnel on the Titanic. He jumped off the ship and swam for more than an hour, trying to save himself, before he got to an ice mass and froze to death on it.

His body was recovered by the boat Mackay–Bennett. It was sent to Halifax in Nova Scotia first then to Mount Carmel in Pennsylvania where Abi Chedid was laid to rest on May 4th 1912. The following description was given for the body:

As the poets and singers of traditional Lebanese zajal competed to describe the heroics of the Lebanese aboard the Titanic, the poetic rhyme was as follows:

But their crème de la crème was Daher Chedid from Ebrine.

9 thoughts on “Stories of Lebanese on the Titanic – Part 1: Daher Abi Chedid from Ebrine”