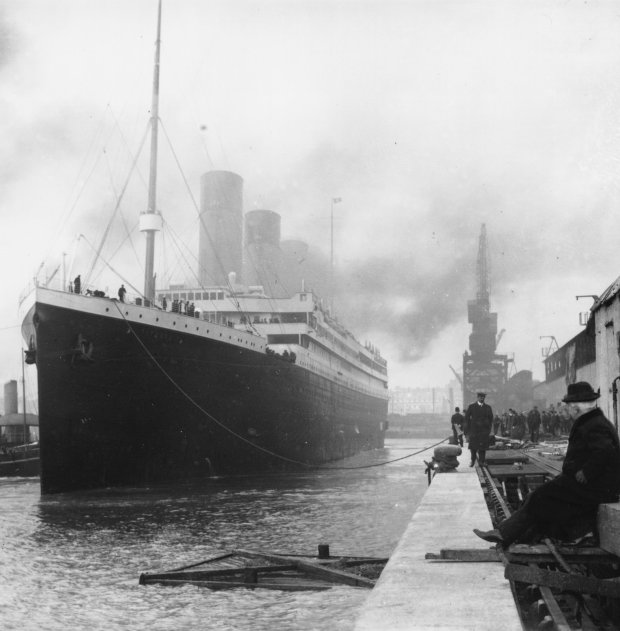 As many of us were going to sleep yesterday, the idea that 100 years ago, 2000 people were going through an ordeal stranded in the middle of an ocean escapes us. 100 years is surely a long time – but for many, the whole tragedy of the Titanic has become a laughable matter.

How so? It was turned by Hollywood into a movie, which later on became a common area of jokes. For many, the word Titanic nowadays is followed by the word “meh.” We fail to remember that for many, especially Lebanese, we’ve had great-grandfathers, great-uncles, aunts & family on that ship, many of whom died, either by drowning or by getting shot.

I grew up listening to the story of Daher Chedid, a man who was trying to escape the Ottomans in Lebanon only to find death at the hands of the Atlantic ice. I couldn’t escape the haunting stories of the people from Hardin, how they prayed and danced Dabke until their very last moments. The people of Kfarmishki lost 13 people on the Titanic – how could we call that funny?

A man from Zahle saved his wife and swam away, losing hope with every second of being saved. He wasn’t. Two men from Zgharta got shot for wanting to survive – they left families behind.

How could we ignore all of those stories and act as if the Titanic is one big popular event that happened, got turned into a cliche and shouldn’t be talked about?

Lebanon lost many people on the night of April 14th-15th, 1912. The least we can do is to honor their memories by telling their stories, at least on the centennial anniversary of their passing.

For many, their interest will only be transient, as is our interest in many things. And when it comes to the Titanic, although worse tragedies have happened over the years, we – as Lebanese – should feel involved because we have lost many people there. Some say as much as 93 – in a country as small as ours, at a time where the population was very little, 93 is a tragedy.

They say people truly die when they’re no longer in anyone’s memory. This is my attempt, at least briefly, to get the Lebanese of the Titanic back into people’s memory so they’d be alive on the 100th anniversary of the ship sinking.

There are many more Lebanese whose stories I couldn’t tell. Perhaps I’ll tell them later on. But for those stories that I told, I hope they made an impact – even if it’s in a small number of people.

Many asked me if those stories were correct or made up. Many asked for my sources. Many accused me of stealing them from Al Arabiya. To those I say: these stories are not exclusive to any news service. They are not written by anyone as a novel, they were not first reported by Al Arabiya and they won’t stop with a report from MTV. These stories were written with the lives of the Lebanese passengers that went on that ship, seeking a better life for themselves and their families, away from the oppression in the country.

My sources were from books I had bought back in 1998 about the tragedy, newspaper articles that I had saved over the years, as well as stories that I was personally told when I was young.

Today, most countries are holding events to remember their deaths aboard that ship. Lebanon, who lost more people than most of those countries, is not.

May the victims of the Titanic generally and the Lebanese especially rest in peace.

7 thoughts on “The RMS Titanic and Lebanon”