It seems that Houla’s effect wasn’t “grand” enough for whatever force killing people in Syria to stop doing so. We all know who that force is but for the sake of keeping this about the people, I won’t throw names.

In the town of Qubair, near Hama in Northern Syria, 78 people have been killed including 35 from the same family. Half of those killed so far are women and children. The death toll is still rising. Did I mention the town counts only a 100 or so resident? They literally killed everyone there.

In the nearby town of Kfarzeita, 6 bodies were found burned till they became charcoal. There’s even a video for that.

In total, the death toll is at 130, more than Houla, and rising.

In an interview with someone in the town of Qubair, this is what the man had to say:

Some of the highlights of what he says: “More than 18 families were murdered. Some of the bodies were burned. The massacre started at 2 pm and was executed by the army of Assad’s regime. Families were killed with knives and gunshots. Families were abolished in their entirety, from the 80 year old elder to a 4 months old newborn.”

Here are some pictures from the recent Qubair Massacre: 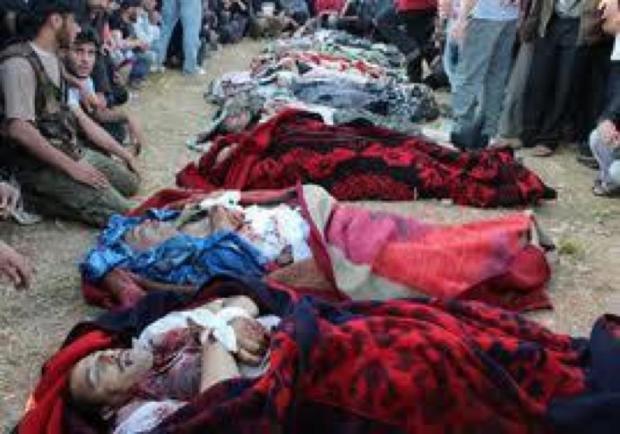 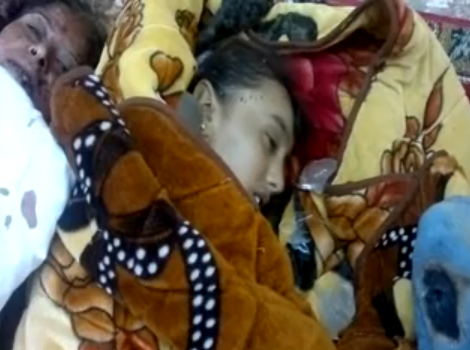 A mother holding her two children 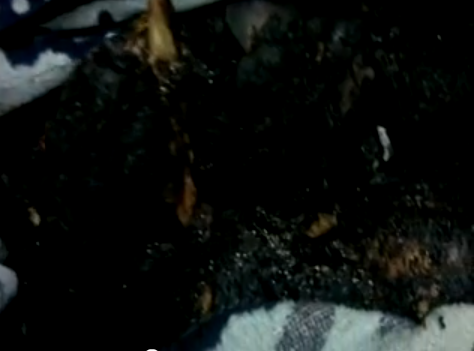 Ahmad and his sister Chayma

2 other brothers in the same family

I will update this with more pictures when I get them.

6 thoughts on “Another Massacre in Syria: Qubair, Hama”