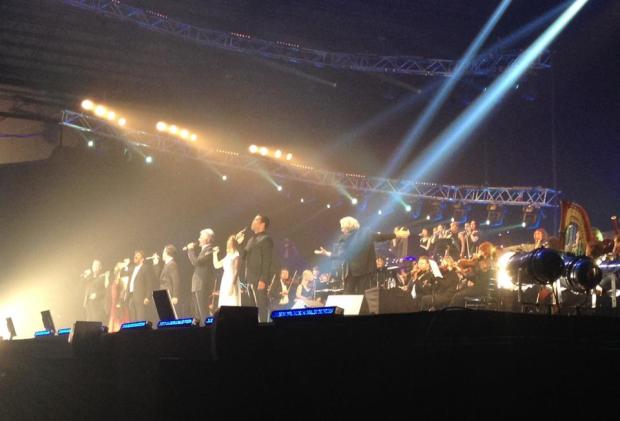 Tickets ready, car parked, we went ahead to Biel last night for the Lebanon stop of the Notre Dame de Paris concert. The ordeal to get tickets had caused any enthusiasm we had to get sucked out of us. But man how wrong were we not to be beyond excited for this concert.

Even though it was said the concert would start at 9:00 pm, it started 40 minutes later. I guess they must have accounted for Lebanese people who can’t be on time even if their life depended on it. At 9:40 some people were still trickling in. The seats were a little crammed. Perhaps it’s the venue but a few seats less per row would have made things much more comfortable, despite it being less financially-pleasing. 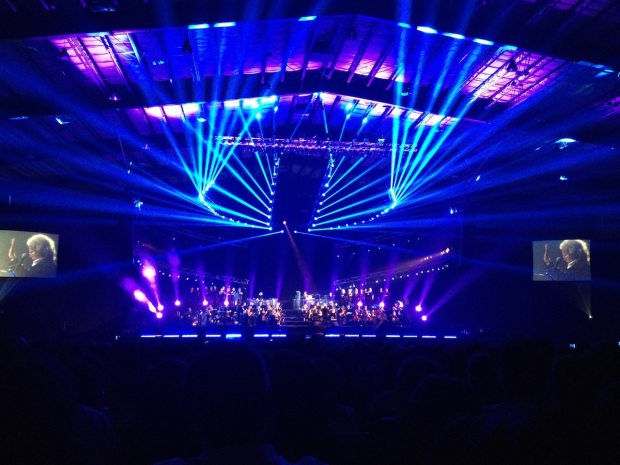 I had purchased the $100 tickets and thought I had overpaid. The concert proved to me that I had actually underpaid. The orchestra took its place. The conductor struck with the motion to play and Bruno Pelletier came from the crowds to give a brilliant rendition of “Le Temps des Cathedrales.”

And that was the start of two hour long goosebumps. Garou had a rough start in the first act but he brought it back in the second. Patrick Fiori, Julie Zenatti, Helene Segara, Luck Mervil and Daniel Lavoie all gave flawless performances of every single song they sang. They basically showed how a two hour vocal show can be done without a hitch, bringing some crowds to their feet with every note they hit. 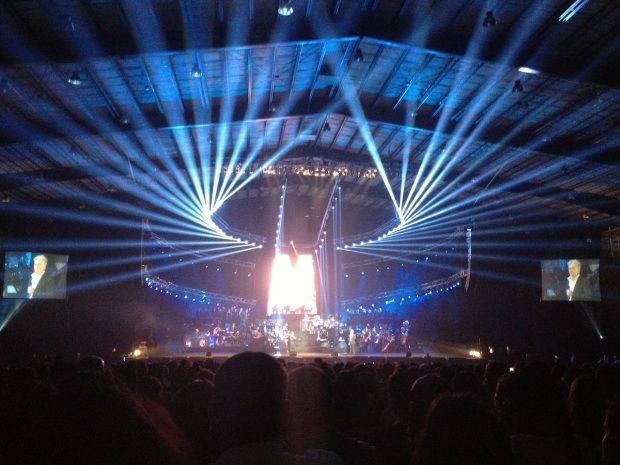 I’m not a regular concert-goer because there are very few artists which are brought to Lebanon that I would pay to watch so saying this is the best concert I’ve ever attended wouldn’t be a fair comparison. However, a friend of mine who has attended way more concerts than me said this is by far the best concert she went to.

It’s not very difficult to see why. Each performer had his group of fans rooting for him. Some had even brought out a huge banner for Julie Zenatti which they put up when she sang “La Monture.” She looked at them and smiled halfway through the song.

As the performers left the stage, the crowds started shouting for an encore of the play’s most famous song “Belle.” And that’s what happened. The crowds rushed to the stage. Phones in the air, people singing the lyrics to the song as Garou, Patrick Fiori and Daniel Lavoie gave it their all, before being joined with the rest of the cast to deliver the song’s last chorus.

If you didn’t attend Notre Dame de Paris, let me tell you something: you missed out on a concert that will not be matched any time soon. And I’ve never been more thankful I know French. 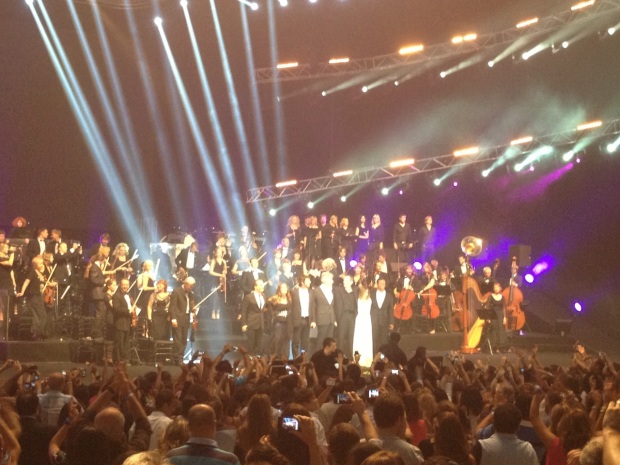 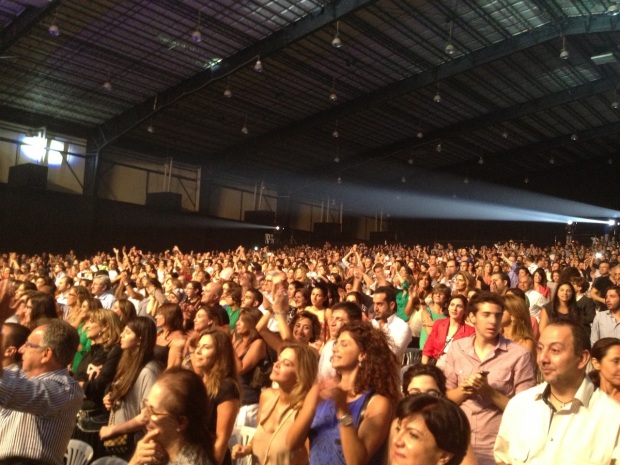 PS: I would like to thank my iPhone 4S for filming 11GB worth of videos and pictures and the battery for lasting the entirety of the concert and then some. :p

Let me know in a comment if there’s any particular performance you want me to upload.

7 thoughts on “The Notre Dame de Paris Concert in Lebanon”