I recently visited an area of Tripoli that few want to think of, let alone set foot in: Bab el Tebbaneh. After my visit, I can see why. Even though the area is only a 25 min drive from home, it makes you feel like an outsider to your own country: nothing about you fits there. The people don’t want you to fit there. You don’t want to fit there.

The people of Bab el Tebbaneh thought I was a foreigner. I found it odd at first – we all share the same identification papers. But I later took it to my advantage. It’s much easier to pretend to be a gullible foreigner who has no idea what he’s doing than to try to reason with them using your native tongue. A foreigner can get away with more.

A few years back, when I used to visit the area’s vegetable market frequently, the people seemed to be much more at ease. They were poor back then as well and they were without prospects back then also. But they were hopeful. Little hope can be found in the faces of the people of Tebbaneh anymore. My visit to Bab el Tabbaneh exposed me to a section of our Lebanese society that is in constant paranoia – of that outsider walking among their shelled buildings, among their tarnished markets, violating their area.

We tried to delve deeper into Tebbaneh but faced resistance the likes of which I hadn’t seen in Lebanon before. We went up a flight of stairs that seemingly led nowhere only to have young men come out of nowhere to ask us what we’re doing there. Somehow they thought we were an “archeological team.” They let us through. Moments later they came back: “But there’s no archeology up this way.”

Bab el Tebbaneh is now a place where you are not allowed to take pictures and where you being out of place might warrant the Lebanese army to come hassle you as well. The people of Bab el Tebbaneh who were more than welcoming way back when look at every outsider suspiciously now. Their eyes will stalk you like a hawk whenever you move, tracing your every step, wondering what your plans are.

It is an area where the mosques are shelled, where little kids feel that those semi-demolished buildings are a point of pride and want you to go check them out. It’s a place where poverty is so entrenched in every fabric of that society that you have absolutely no idea how or where to start fixing.

“We are all poor people here,” a man came up to me and said, smiling, as I made my way through his street. “You won’t see anything but poverty.” I smiled back and moved on. There was really nothing I can do.

Where can one start? The politicians promise these people better lives every four years and end up doing nothing. They are untouchable. The religious men who sport the latest cars and equipment use these people’s poverty to their advantage in order to radicalize them. Factions use these people’s needs in order to carry on with their battles after handing them copious amounts of weapons. Most Lebanese hate the people of this area and the “image” they give their country and are more than willing to bash them in and out.

As we reached the point of saturation of what little we got access to of Bab el Tebbaneh and made our way out, as a man shouted at us not to take pictures anymore, another stopped us and pointed at a mosque whose walls were filled with bullet holes. He was exasperated by all the fighting. But he knew there was nothing he could do. 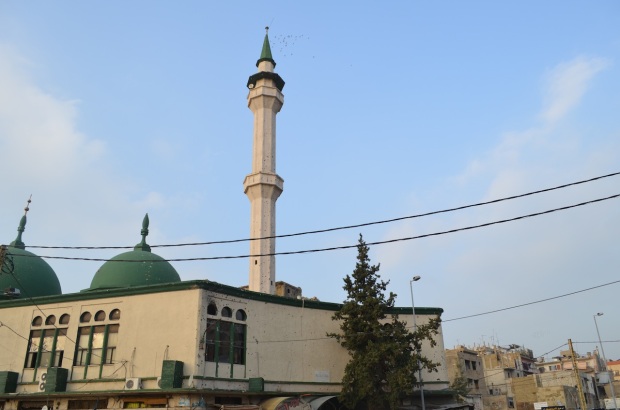 The mosque and its bullet holes. 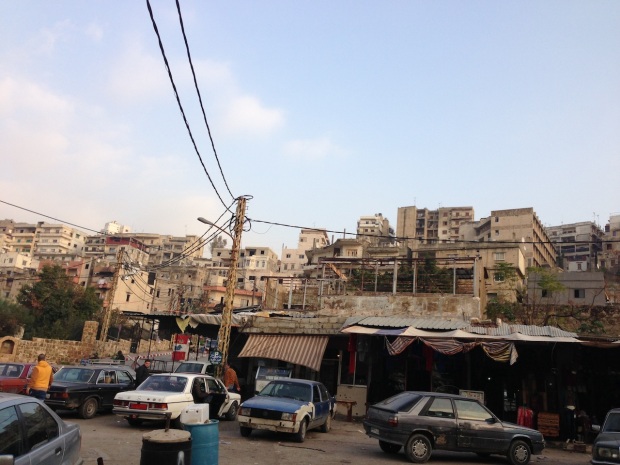 The section we couldn’t visit 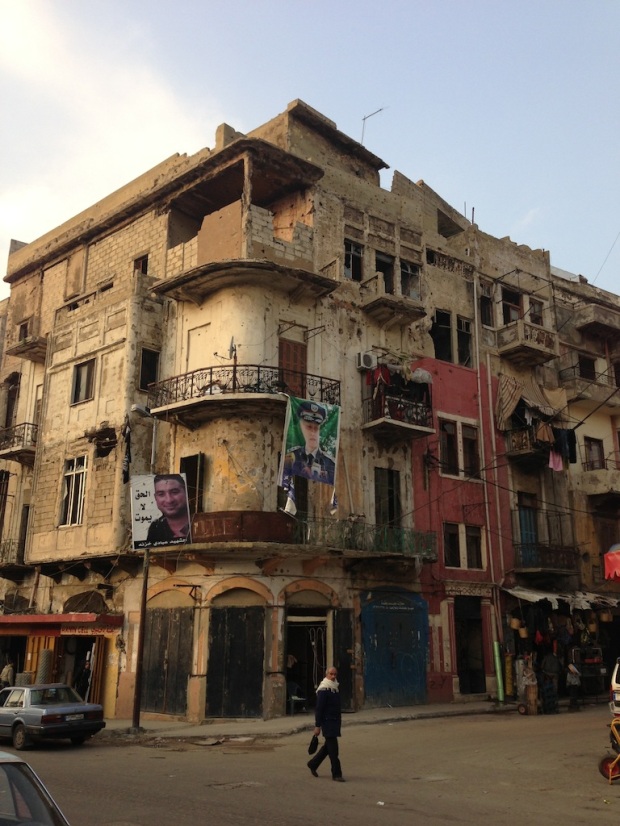 “Come see all the destroyed houses.” 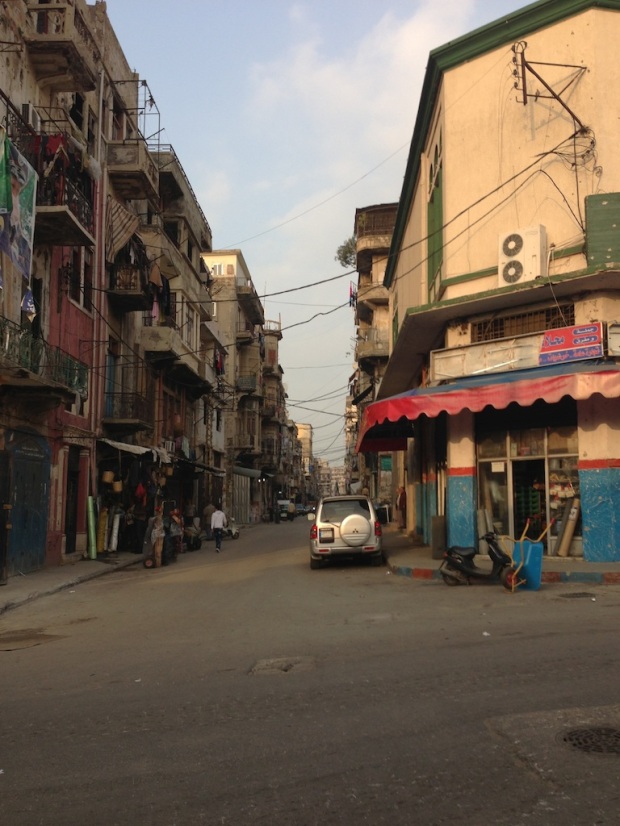 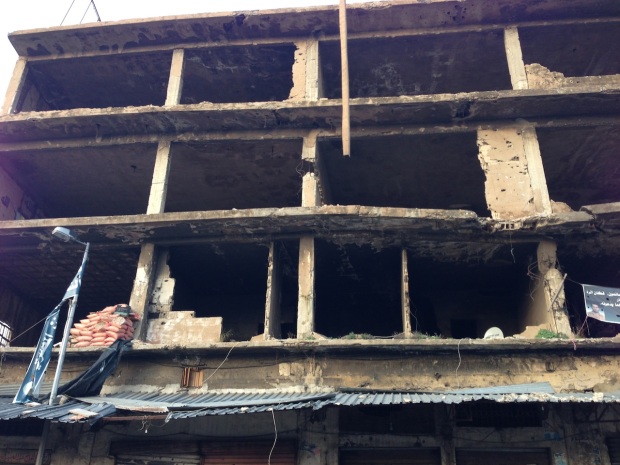 7 thoughts on “A Visit To Bab El Tebbaneh”