Just when you thought some aspects of our life as Lebanese couldn’t get more hectic, Beirut comes again to surprise you.

Triple parking? We got it. Further breaches of the smoking ban? Yes, we have that too.

A friend of mine recently sent me the following pictures that she took over at Bliss Street, next to AUB: 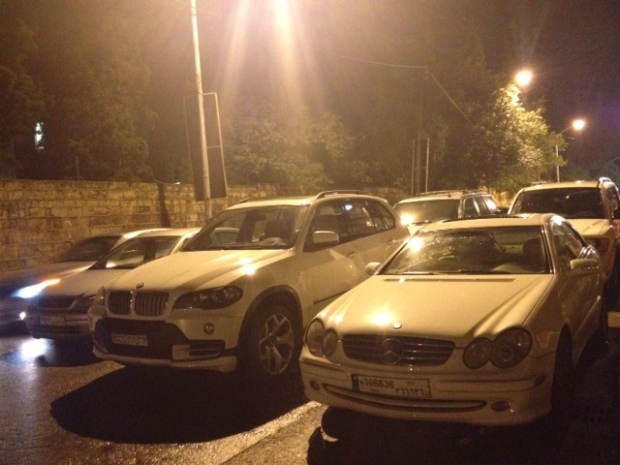 She was harassed by the valet parking people for taking picture of their triple parking on the street, effectively limiting the road to only one lane which is not nearly enough for the cars that cross on that busy path.

To make things even more interesting, the valet parking worked for a restaurant called “Al Kahwa” which was also blatantly breaching the non-smoking law with hookahs and cigarettes being present everywhere.

They tried to contact the tourism police number for both violations but they found no answer in the several times they attempted to call.

My question is the following: how is it acceptable that a valet parking service would effectively block an entire street and not have anyone with a badge or some form of authority tell them off? And how is it possible that our restaurants keep breaching the smoking ban without caring the least about someone to tell them off?