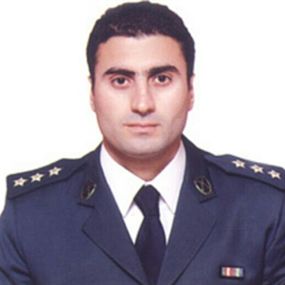 The news of the death of two Lebanese army members surfaced yesterday after a squad tried to capture a terrorist and outlaw in the Bekaai town of Ersal.

Pierre Bechaalani and Ibrahim Zahraman are two men who, by all standards, are heroes. They were both fathers in their early 30s. Who among us can really tell their sons and daughters that their fathers’ death truly didn’t go in vain in this country? We can’t.

Their stance from the Syrian revolution doesn’t even matter. I don’t care that they are rebels. Syria is slightly to the East. This is Lebanon. Go fight over there and leave us in peace here. Any Syrian rebel or regime-enthusiast who decides to enact their ideology on Lebanese soils should not be tolerated.

The even bigger problem is that their sect, their political affiliation and their family name will not only protect them from this, it will protect them for years to come. I hope I turn out to be mistaken.

That’s how cheap the blood of our army members goes these days. Pierre and Ibrahim, and many other them of our army’s fallen soldiers such as those of Nahr el Bared, are not just the fallen men of a Ersal clash. They are the fallen men of a state in our country that perpetuates a situation that allowed them to die and will allow other soldiers like them to die in the same exact way.

We all know how much outlaws are harbored in the town of Ersal. But they are allowed to remain there untouched. Perhaps it’s time for a major clean-up?

Whenever the Lebanese army faces such horrible situations and loses men, the eternal debate among Lebanese of who loves our army more erupts because we are only good at patronizing each other on that matter as if supporting our army is a national auction. The truth is that our army is in dire need for better weapons and equipments in order for things like the Ersal clash not to be repeated again and for children, like the sons and daughters of Pierre and Ibrahim, not to lose their fathers to some maniac who believes he will never face the law.

May all the fallen heroes of our army rest in peace.

One thought on “When Lebanese Army Martyrs Fall to Protected Terrorism”