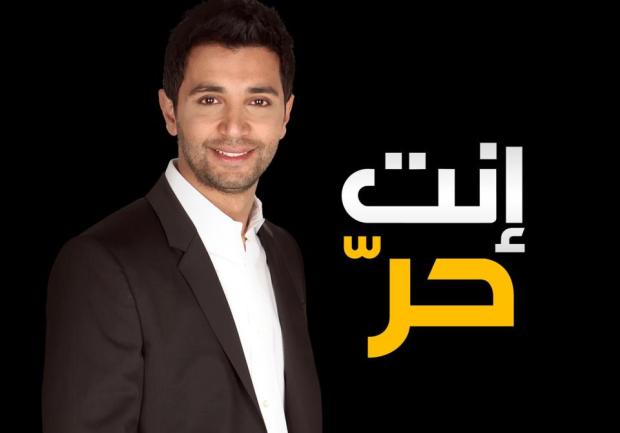 Enta Horr, arguably Lebanon’s most controversial TV show, has been reportedly canceled by  MTV according to Lebanon Files (Arabic link).

However, it seems a growing disparity between MTV and Joe Maalouf’s opinions has led the TV station to cancel the show altogether, effectively stopping the promo for any new episodes and re-airing older ones instead. The straw that broke the camel’s back was Joe Maalouf’s opinion regarding the Dekawne night club closing, which I haven’t seen yet. For those who are interested, here’s my opinion on that matter (link).

Many who are not fans of Joe Maalouf and his show will rejoice at this news which MTV wants to keep on the down-low for the time being. But I have to ask: even if they have the legal right to do what they did, is it  correct to stop a TV show that sparks debate – regardless of what that debate might be – just because you don’t like the opinions being put forward?

It could be that MTV has grown tired of trying to set a distance for itself from what Joe Maalouf advocates. Or it could be that Joe Maalouf’s politics aren’t in sync with the Murr clan. But isn’t effectively silencing the man doing a station which was silenced for years a bigger disservice given that I’m sure his show isn’t causing them financial woes?

Regardless of what I may think about some of the show’s episodes, Enta Horr has often been a candid and scathing critic of some Lebanese realities that many of us don’t like to tackle. And even though Joe Maalouf’s approach towards some issues, especially those of homosexuality, is unacceptable, I believe the type of shows that Enta Horr represents is much needed in this country. It’s a sad day when that type of shows bites the dust.

Ironically, this has happened around World Press Freedom Day.