You can see it now, the headlines of tomorrow: riot spreads across the land… because of a caricaturization.

LBC has guts. They’ve been expanding their forte over the past several months with excellent reporting and productions. They have now set the bar higher for everyone else once again by doing something that they did a while back to some grave consequences: they got Hassan Nasrallah to be caricatured on their satire show “Basmeit Watan.” They also mentioned a prophet.

The following is the video of the episode:

Hassan Nasrallah’s supporters have already cut off roads around Beirut in protest.

I guess everyone tunes in when the subject matter is this juicy. I mean, come on, you can smell the drama coming off from hundreds of kilometers away. It’s not like Lebanese mentalities have evolved in the years since Hassan Nasrallah was “hosted” last in order to fathom such caricatures. If anything, the country has gone way backwards in its extremism.

The YouTube comments on the video in question are hilarious. The following is a screenshot: 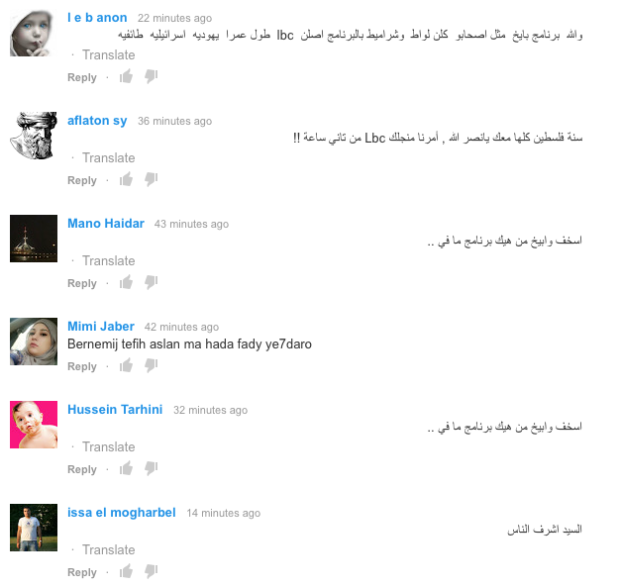 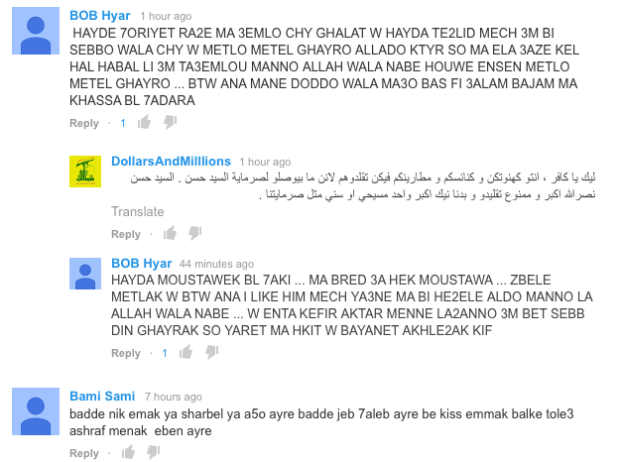 I wondered for a while if I just don’t get it. Then I decided that I do. I understand that Hassan Nasrallah is important to his people from a religious perspective, being theoretically a descendent of the prophet Mohammad and whatnot. I understand that a country like Lebanon where religious figures are taken in high regard is not the place to turn those people into satire.

I also know the following. Mr. Nasrallah is as active on the political scene as any other major Lebanese politician, if not more. Mr. Nasrallah is much more active politically and militarily in the Lebanese setting than any other politician and religious person in the country. Mr. Nasrallah is also the head of a party that is not, as its name claims, holy. Why should he get the prerogative that others do not get? Where do you draw a line that should not be drawn when it comes to criticism?