We’ve been hearing about a new traffic law that would go into play on April 1st but little has taken place in the way of educating people about it. Yesterday, LBCI’s Kalam Ennas did an entire episode for that purpose. Here’s a summary of what you need to know when it comes to the new law at hand. 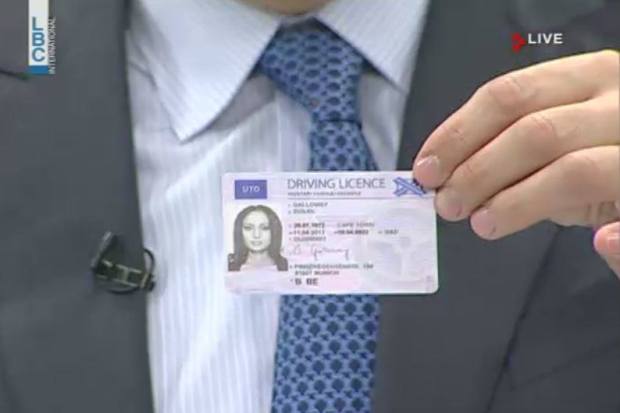 Those ugly oversized laminated pieces of paper that we have are to be replaced with a more advanced driver’s license form with a smaller size and an electronic component. Of course, this won’t start as soon as the law is set in place because they haven’t agreed on the company to handle this (biggest wasta is yet up for grabs), and you will be forced to pay in order to replace your driving license which is also something you are forced to do.

The license comes with 12 points that will be deducted according to the traffic violations you do. Deductions can range from 1 point to up to 6 point per violation (violations detailed later). When you run out of points, your driver’s license will be revoked for 6 months. If this occurs more than once in a period of 3 years, the license will be revoked for 1 year and in both cases you will be forced to undergo new driving lessons.

Licenses have to be renewed every 10 years now instead of when you reach the age of 50.

How many of you here were taught by your parents or a friend how to drive? Well, forget about that. When the new law is set in motion, the only way you’ll be able to take the driver’s license examination is by having a paper from a credible driving teaching institute stating that you’ve taken the required driving courses.

This sounds like a good thing in principle, after all many of the people teaching us how to drive are not exactly exemplary drivers. However, the government states that “credible institutions” will be assigned through rigorous standards. How rigorous will the standards be in front of those people’s connections? 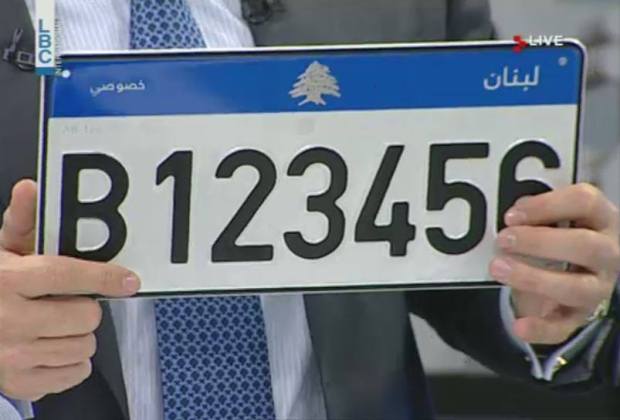 I always thought the Lebanese car plates, a rip-off of the European Union’s, were not bad at all. Either way, those license plates are also about to change and will also cost you more money.  They will also have a built in electronic device to keep the record of your car as well as to enable easier tracking of your violations.

Any alterations to the car plate, be it to prevent a correct reading or to alter numbers, incurs from 3 months to 3 years in jail as well as a 2 million to 20 million LBP fine.

Under the new law, driving violations are divided into 5 main categories with increasing fines as well as repercussions. There’s also a subset for fines incurred by pedestrians. The value of the fine will be dependent on the time it takes for you to pay it. You are given a delay of 15 days to pay the initial sum, then it is increased for the next 15 days of the month before being increased later on and referred to a traffic judge for further management.

A pedestrian who doesn’t respect the pedestrian passage sign or doesn’t use the pedestrian bridge to cross a road can be fined between 20,000LBP to up to 100,000LBP if that person doesn’t pay.

Category 1 violations include not wearing a helmet for bicycles as well as not using side mirrors. Fines can range from 50,000LBP to 150,000LBP with 1 point deducted from your driving license.

Category 3 violations include not using a seatbelt, a helmet on a motorcycle and mobile phone use while driving. Fines will range from 200,000LBP to 450,000LBP with a 3 points deduction.

Category 4 violations include running a red light and not giving pedestrians the right of passage. Fines will range from 350,000LBP to 700,000LBP with a 4 points deduction.

Category 5 violations include doing dangerous maneuvers (betweens come to mind), running from the site of an accident, not having insurance, driving on one wheel or standing while driving (for motorcycles obviously), as well as using radar detection methods. Fines will range from 1million to 3million LBP with 6 months deduction as well as the possibility of up to 2 years jail time.

Driving under the influence of a substance or exceeding the speed limit will be violations with varying categories depending on the type of substance, its level in the blood as well as the speed you were driving with.

Law Won’t Be Applied To All, Obviously:

In typical Lebanese ways, there will always be people above this law in question. When one of the guests was asked by Marcel Ghanem if politicians, politically-backed people and those of influence would be under the same regulations, the guest shrugged it off.

“This needs a political decision,” he said. Because, clearly, the whole rhetoric of “protecting the Lebanese citizen with 21st century regulations” doesn’t apply to the convoys threatening our lives with their barbaric driving, to those who have no problem running you over knowing they don’t face repercussions and driving recklessly just because they can.

Why This Is Nonsensical:

If you look at the law in absolute value, it’s wonderful and a joy to have in any country. I’m all for 21st century level regulations to protect people anywhere.

The problem here is that we are importing a 21st century law from European countries to a country whose infrastructure is still firmly stuck in year 1954. Has the government seen the highways? Have they seen all the ignored potholes? Have they seen exactly how few pedestrian bridges we have? Have they seen that there are no bike lanes, that there’s absolutely NOTHING when it comes to our roads, to our cars, to our entire regulations that actually allow Lebanon to aspire to become a European-level country when it comes to driving?

The highways are not lit the moment you leave Jounieh. The infrastructure, horrible as it is, becomes even worse when you leave Keserwen going North. Aspiring to be “European” is more than having a fancy looking plastic license.

They say they want to protect people by having this new law, and it’s all nice and fluffy to hear. But what’s the point when the very reason people are dying isn’t just that driving in Lebanon is hellish but where we drive, the system employed to regulate our driving, those in charge of making sure our cars are up to par, etc…

Moreover, the organization who will apply this law, our security forces, is one whose track record, despite an effort over the past couple of years to fix its image, shows that the Lebanese citizen cannot hold it accountable.

How many corrupt policemen roam our streets? How many policemen are more than willing to shrug off their work just because they don’t feel like it, as has recent years proven to all of us including me (link)? How long can we even expect those policemen to actually try and apply the law before they get bored or isn’t the smoking ban example enough? How many corrupt policemen won’t be held accountable for exerting power over us illegally just because they can and because we cannot stand up to them?

In Lebanon today, raising fines will be nothing more than another source of revenue to a government whose entire purpose of existence is to take and take, but never ever give back. Where will the money go? Who knows.

The Lebanese state follows this basic mode of action: you’ll pay us, we’ll make sure you do, but we won’t offer anything in return. And you will be happy doing it, no questions asked. Smile and wave, everyone.