Beirut is its most beautiful when it’s alive. Over the past few years, it hasn’t been that way. No, parties at Skybar (RIP) don’t count.

Over 100,000 people gathered yesterday in Martyrs’ Square to say enough is enough. They chanted against the system. They chanted for their rights. They chanted with every ounce of voice they had in them for the causes they believed in.

This is how beautiful Beirut was:

And people had their hands intertwined to signal unity: 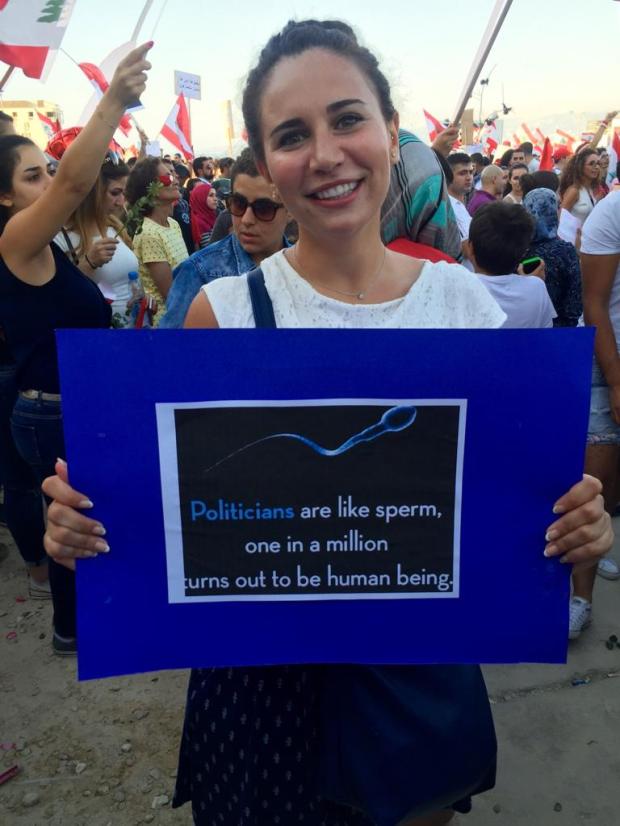 She’s going to kill me for this going viral.

My friend Izzie, meanwhile, compared our ruling class to her dog, “Funny.” Obviously, they wouldn’t amount to how adorable her puppy is: 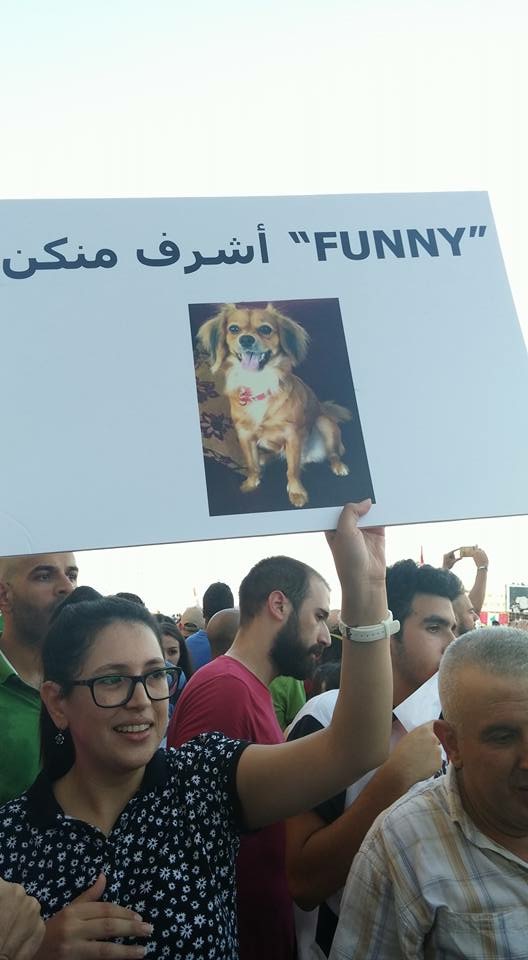 Pop culture also made an appearance in the form of “Game of Thrones.” What do our politicians have in common with Jon Snow? You guessed it:

That wasn’t the only Game of Thrones-inspired poster around:

Pop culture made another appearance in the form of a “Fifty Shades” pun:

The whole “I kneel in front of you oh General” line that Bassil delivered recently now has an entirely different meaning.

And since we’re a very competitive country, our politicians had their report card released. Needless to say, it’s not very flattering:

Because this protest was a BIG deal, Myriam Klink made an appearance: 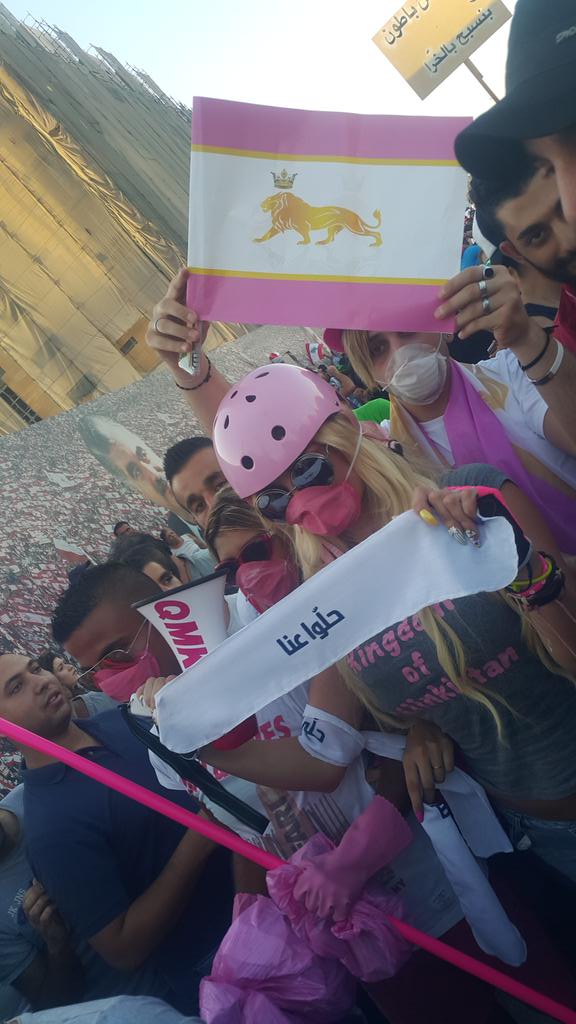 But Klink will probably NOT approve of the content of this poster, zico zico and all:

And because no protest in this country happens without foreign approval, this protest was under the auspices of North Korea. Thank you Pyong Yang!

Some people brought figurative coffins with them to bury the system that has been killing us for years: 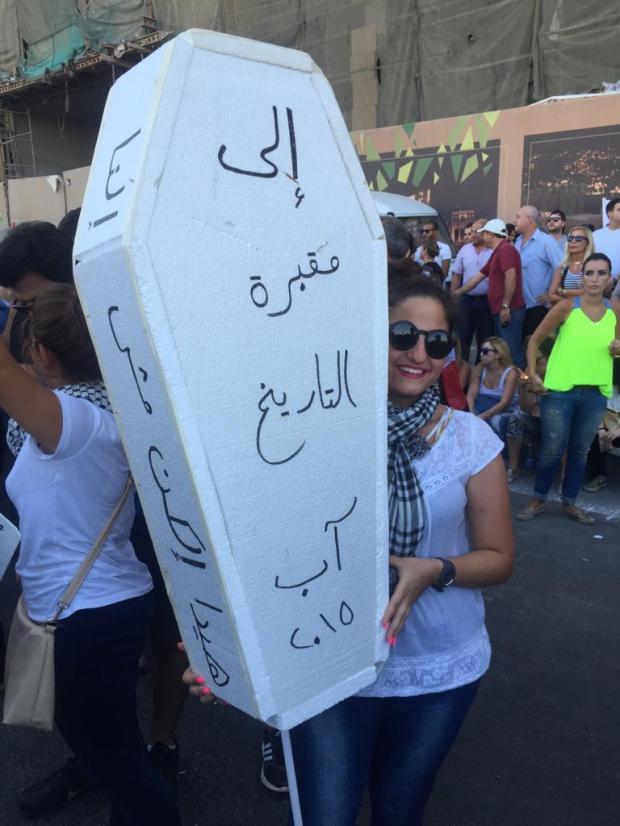 Some made jokes about our security forces: 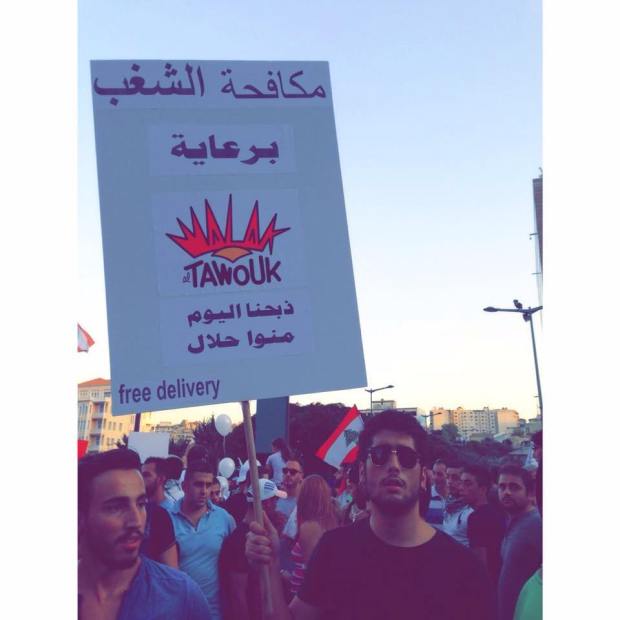 Some were not as polite:

But at least they have good calligraphy.

This time around, Berri got a few jabs: 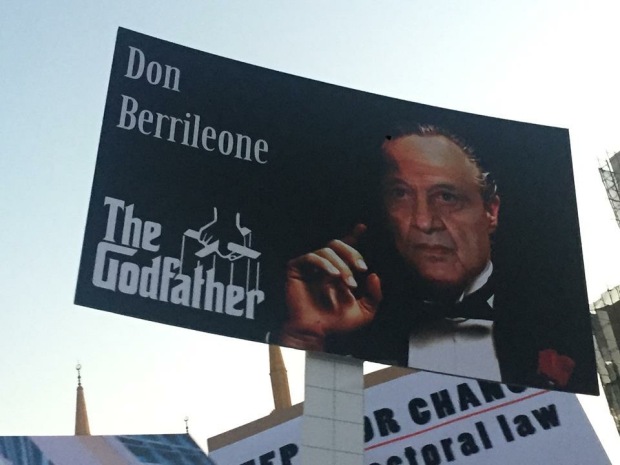 Others, and this is the poster that resonated with me the most, wanted to remind everyone of how much we’ve lost being submissive to this system for the past several years, and how many innocent lives paid the price. May all the children of Tripoli rest in peace:

And here are a few more: 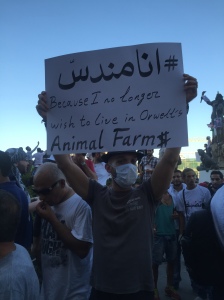 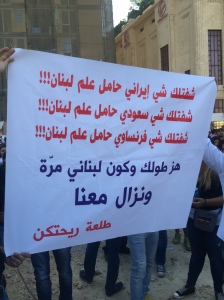 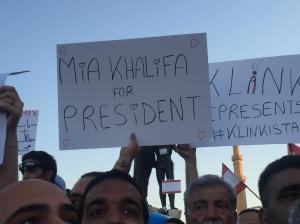 All of this happened to the backdrop of the most ironic poster of them all: 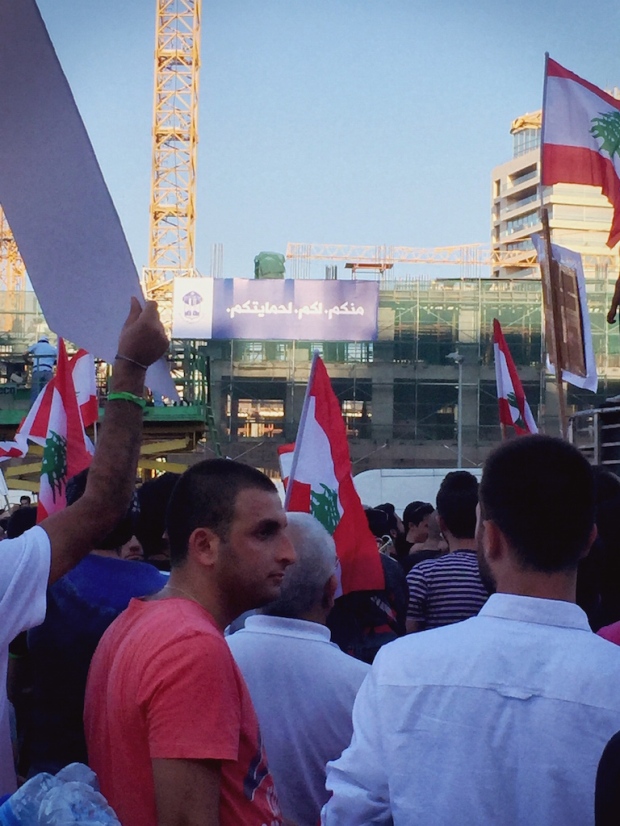 Beirut is its most beautiful when its people are this free, when they are this creative and when they finally find their voice that has been forcibly silenced for years, at times when we thought such a thing wouldn’t happen.

Yesterday’s protest was the BIGGEST manifestation of secular, non-partisan but very politically driven individuals in the history of the country. If August 29th leads to results in the coming few days, this protest will go down in history as another form of Beirut Spring, in the heart of a country that has long shown democracy to the region.

Cheers to everyone who made Beirut great again. Cheers to those who sang, and chanted and shouted. Cheers to hopefully saying one day: “I was there.” Cheers to us.