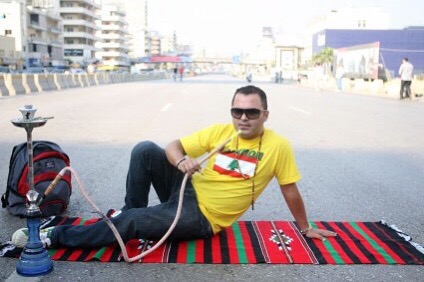 VAT is now 11%. Our parliament is blazing through approving the 22 new taxes and increases that I wrote about a few days ago. Check them out here (click).

Among the other taxes being passed are those affecting alcohol, numerous stamps which increase bill prices, etc.

Among what is remaining unchanged is the salaries and benefits that current and previous MPs and ministers receive, as well as the shitload of money they get from all the deals they make by being part of government. Hurray!

Things are so messed up in parliament that:

• We can’t know exactly what is taking place at the session discussing the tax increase because it is not recorded nor televized,
• We cannot know which MPs voted for which taxes because Samer Saadeh’s request to have that be made available was denied.

The system is so corrupt that our politicians can screw us over as citizens with tax increased while providing nothing in services rendered, making sure the infrastructure we have remains horrible, and our basic rights stripped away.

Have you ever wondered if our politicians pay taxes? Have you asked yourselves why aren’t Lebanese politicians seeking office required to show us their tax returns as is the case in other countries?

Have you ever wondered why our politicians are not required to declare about their conflict of interests going into office? They literally are “voted” into their seats and find themselves rolling in the deep riches, fueling their personal businesses from tax evasion to directing governmental tenders their way. The examples are endless.

And yet, despite this all the level of apathy remains at an all time level and it is across the board.

Just look at any poll for the fictional upcoming parliamentary elections. The same MPs that are currently representing a given caza are those leading in any done poll. Christians are happy because “bay el kell” is now in charge. Sunnis are happy because Hariri is back. The Shia are happy because no one dares tell their parties off, and the Druze are the Druze.

The Lebanese people have gotten to a “don’t give a shit” point that tax increases don’t get the same level of attention as a sexist list of reasons why you should date them, or a one year old news about their capital’s food. It shows in how our students vote in university elections, how we voted in municipal elections, how it’s still easier for us to be upset online than to do anything about it.

If only they’d taxed WhatsApp and Shisha, then something would have happened.

This entry was posted in Lebanon and tagged corruption, Lebanon, politics, Taxes. Bookmark the permalink.