I get it if it’s Mother’s Day, or Father’s Day, Christmas, Easter, Valentine’s Day or any other day that has become, over the years, synonymous with commercialism and ways for advertisers all around the world to sell their products.

I get that 2016 has been proving a tough year so far. Our economy is going downhill, if that’s even possible. Inflation is going up. Roadster diner changed its menu. It’s a tough year out there to be Lebanese. And it just got tougher to swallow.

The horrors of 2016 continue today with Lebanon’s Army Day, celebrated every year on August 1st, becoming our new Mother’s and Father’s and Valentine’s Day. For lack of other words, bel lebnene: 7alabneha.

Ad agencies across country decided Army Day was yet another opportunity not to honor the army, but to pitch their new product in a way to sell it riding our army’s back. So everyone and their mother decided to do Army Day ads, of which this is a sample: 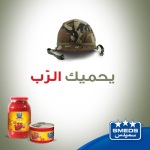 And just when you think that this would be the end of it, the yearly social media gaffe occurs with Virgin Megastores deciding to honor the army in their own way:

Awesome, right? Except that picture is of an Israeli soldier. You’d think that such a mistake would not occur on Army Day, out of all days, let alone on any other regular day. You’d think a campaign such as this would go through several people before surfacing online, but guess again I suppose.

After posting the above screenshot on my blog’s Facebook page, Virgin were quick to take down the post and decide that pointing out the fact they were using Lebanon’s only enemy country to “give respect” to our army was us leading a “campaign” against them. I’ve begun to realize that this is the Lebanese way for companies to deal with backlash: it’s always a campaign, and they’ve never actually fucked up. Even if it’s a picture of an Israeli soldier.

Because this is the country of “la joie de vivre” and this is summer, and as we all know, you can swim and ski in the same day w hek, a Lebanese overpriced resort decided to flaunt its army love in the only way it knows how, other than parading its own overcrowded facilities of course: half-naked bodies dancing in a pool to a semi-remixed version of the Lebanese National Anthem.

I swear, you can’t make this stuff up:

Many may not see anything wrong with such a display, but I find it hard to find swimsuit-sporting half-intoxicated bodies prancing to your country’s national anthem as anything remotely approaching paying respect for your country or your army.

2016 will officially go down as the year when Lebanon commercialized its Army Day. It was probably a long time coming, but we’re officially there. I wouldn’t be channeling my inner Layla Abdul Latif much if I predicted next year to be worse, with more ads, more products that want to be sold, more people paying money to sell their products than actually contributing to the army in the ways that it can benefit from, all to the backdrop of a country so buried in the sand that Army Day passes by every year without us having a proper discussion about it.

You see, would ad agencies find Army Day to be such an enticing opportunity hadn’t we, as Lebanese, put the army on a pedestal beyond reproach?

The new ads by Smeds for their mozarella cheese are nothing but sexually inferring. Without them telling you what they’re advertizing, you’d think Antoinette Akiki has a new sex-ed show, à la Lezem Ta3ref, on YouTube.

I’m not a marketing expert. But if someone intends to sell some food item, is associating it with talk about breasts and a man bringing his wife to orgasm a decent strategy?

In other words: food and vulgar ads, do they go hand in hand (no pun intended) or is it a grave misstep here?

I’ll leave the answer to the pros.

To me, I think sex sells. But not cheese.

Here are the ads:

The frontman of Lebanese band Meen Fouad Yammine is part of the ads for Buzz Vodka Mix and I just watched his newest offering for the brand & it’s simply hilarious.

Yammine’s initial ad, which spun several parodies, is the following:

His partner in the previous ad has also went solo:

Overall, some successful ads Buzz has going for it here. My favorite is the latest one by Fouad Yammine. I couldn’t stop laughing after watching it.

I gotta try this Buzz drink.

A friend recently shared these ads with me and I thought they were awesome. 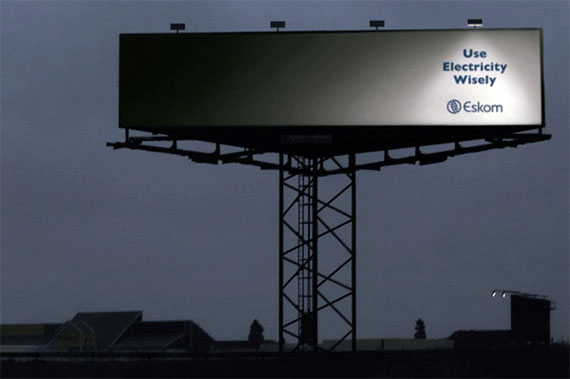 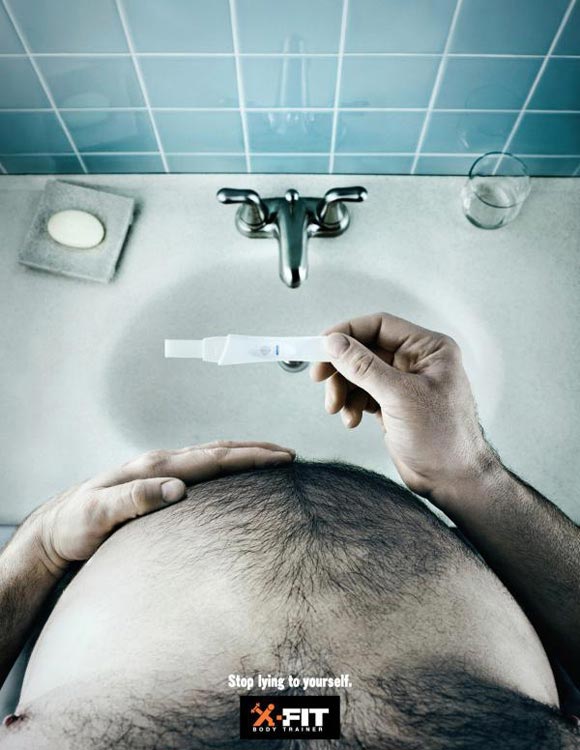 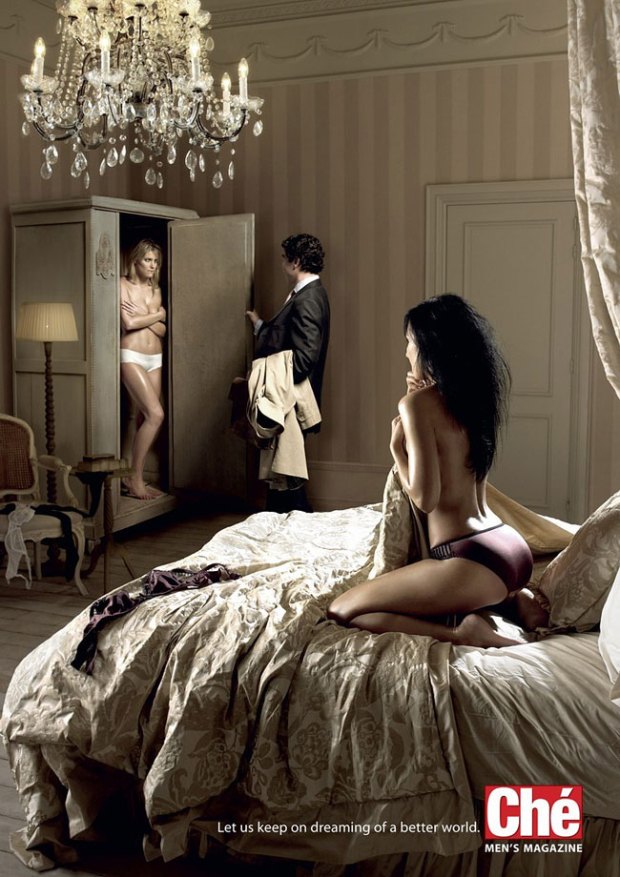 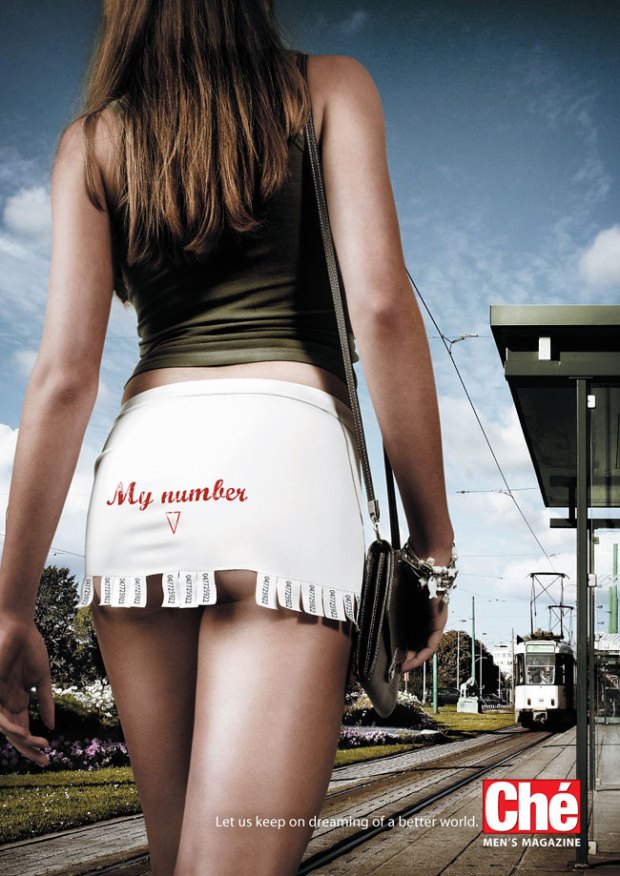 I’m no marketing expert, just a regular consumer. And when I come across very smart ads, I feel like sharing them with people.

Well, these are thirteen ads that I think are absolutely kick-ass! Let me know what you think. 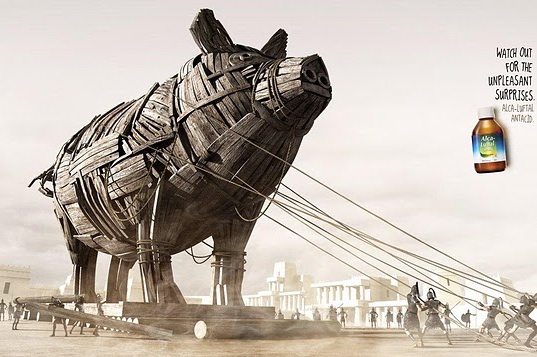