About four weeks ago, I wrote about a very promising short movie by Lebanese director Ely Dagher which was nominated for Best Short Movie at this year’s Cannes Festival (link).

The short film is an attempt by Ely Dagher to come to terms with living and growing up in Beirut, while working out of Belgium: the movie is about his adolescence years as a Lebanese lost in his own capital.  As I said before, the trailer made it seem extremely promising: it was unlike any Lebanese movie or short film I had seen before, and I had high hopes.

Well, Cannes agrees with me. 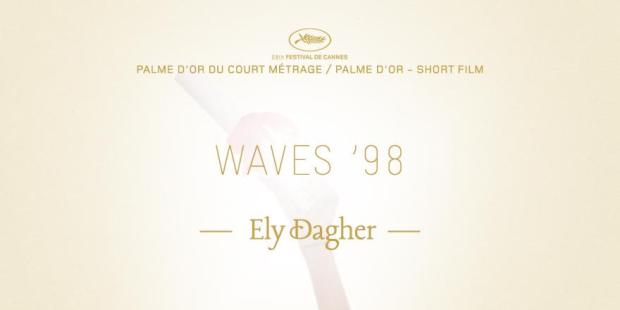 Ely Dagher just became the first Lebanese to win a major award at Cannes. By having his movie win, Ely Dagher beat out seven other nominees from seven other countries that probably cared less about their production than the Lebanese government ever did.

By being nominated in the first place, Ely Dagher beat out 4550 other short films that were submitted from all across the world. And today, I feel proud and I suppose so should you.

Let Ely Dagher’s win be a testament to Lebanese talents everywhere who can make it big, like he did, when given the chance, the funds, the backing, when they are allowed to pursue their vision beyond the confines of a Lebanese society that is so comfortable in what it knows that it never ventures out of its comfort zone, a society that squashes its own arts as forever cliches and doesn’t let its own artists truly express what they can do in fear of not being commercial enough.

I congratulate Ely Dagher for winning. Here’s hoping Waves ’98 makes it big at next year’s Oscars as well. Hopefully it’ll become the first Lebanese production to win that golden statuette as well.