When some people find out I’ve visited Syria, they ask me the following question: Why? How could you?

They cannot fathom how someone with my political views can visit that country. And my answer is always the same: why not?

The last time I visited Syria, my third in total, was a couple of months before their uprising began. The pictures that follow are from the city of Damascus and the neighboring Christian town Maaloula.

I find Syria to be a very interesting place to visit because it is a vibrant country, despite the oppression they live in. It is drastically different from Lebanon and yet there are hints of similarities here and there that you will find striking. The people are resilient and lively despite the iron fist ruling over them.

As you drive around their cities and highways, you notice exactly how influential the regime is. None of the drivers or the people you encounter dare to talk against Bashar, although most don’t have lots to say apart from him being their leader whom they cherish. The billboards are the face of Bashar el Assad or his father. The very few billboards that don’t have his face towering over you are ads for the mobile companies Syriatel and MTN, which are – surprise, surprise – owned by the government.

The “big brother” feel in Syria is everywhere and your Lebanese outspokenness has to be toned down dramatically. This is not the place to be a big mouth. You’re not there to talk politics. You cannot talk politics there.

On a previous visit, I had went to the city of Homs. I was surprised by how much tidier it was compared to Lebanese cities. People actually stop at traffic lights. The streets are well groomed and quite neat. You don’t find that in, say, Tripoli. The people of the city we’ve come to associate with silliness in Lebanon were actually much more organized than any Lebanese I knew. What a bunch of arrogant people, we are. I’m pretty sure I wouldn’t recognize anything in Homs if I were to visit the city today. It has been more or less destroyed since then.

However, the apparent civility of the day, is quickly replaced by the rogue night. The clearest example to that is a taxi drive I went on while in Damascus, all by myself. Their taxis actually have timers – you pay as much as as you are drive, and you tip the driver a modest amount. That taxi driver had apparently decided to stop his timer, though. “We don’t use them at night,” he said. And even though I had pinpointed the address on a map I had on my phone, he still took me across the city of Damascus, pretending to be lost, only wanting to rip me off, believing I was a “gullible” European tourist.

Once I finally reached my destination, he tried to charge me triple what I should pay. I vehemently refused. Once he saw a policeman nearby, he almost let me get out of the cab for free – another sign of how weak the people truly are. I could have easily reported him to the police and he would have been in deep trouble. But I’m not that mean – and it’s not like the triple price would have mattered much. It would have been the equivalent of 4000LL in Lebanon or about $2.66. I gave him $2 just so that my subconscious would feel triumphant. But deep down, I couldn’t care less.

When in Maaloula, a Christian village where the body of St. Takla is laid to rest, I thought the town was filled with Iranians. Everyone was talking a weird language that I figured is Farsi. I had seen many Iranians on touristic excursions in Syria so I assumed that was the case in Maaloula as well. For instance, we visited the Al-Amawi Mosque after the evening prayer time, which was when the Mosque is supposed to start closing down. They allowed us to enter the courtyard though, the marble floor of which was freezing. It was my first time entering a Mosque. Then, a man ushered us to a room which looked to be full of people. I wanted to visit the mosque to see the resting place of St. John the Baptist so I thought the man was showing us to that room. Instead, I entered a place where men and women were wailing and slamming their chests with their open palms.

I panicked. I had no idea what was happening and neither did any of the Lebanese people who were with me. It turned out the people were Iranians remembering Ashoura.

What was the weird language I was hearing in Maaloula? Well, it wasn’t Farsi. It was actually Aramaic – the language of our Lebanese ancestors. And it’s the main language used in the Christian countryside of Syria. The people there strive to keep their heritage intact, starting with their language.

When I was there, Syria was a country with an illusion of a nation, one where the people are fragmented but kept together by the glue of a tyrant whose power they thought far transcends their own. With each passing day, the people of Syria are reclaiming their country and turning it into a nation. With every child Bashar el Assad kills, they are growing stronger and more resilient. With every throat Bashar el Assad slits, many more voices are screaming out against him. With every head he smashes, many thinkers are arising to talk about the injustice and the dark times they’ve been living.

More than year after their revolution, the uprising is now being called “fake” by some people. Those people tend to forget that the revolution started before major players decided to turn the whole thing into a very slow chess game. The people who lost their lives fighting for their country’s freedom did not die so people today can preach about how “useless” their revolution was.

The rebels are looting and stealing, that’s for sure. Revolutions are never clean. And with a dictator like Bashar el Assad, succeeding is very difficult. As a result, bloodshed is expected. But in the end, the Syria I saw is a country dying to be reborn away from the claws of the dictator who has been chocking it for decades. 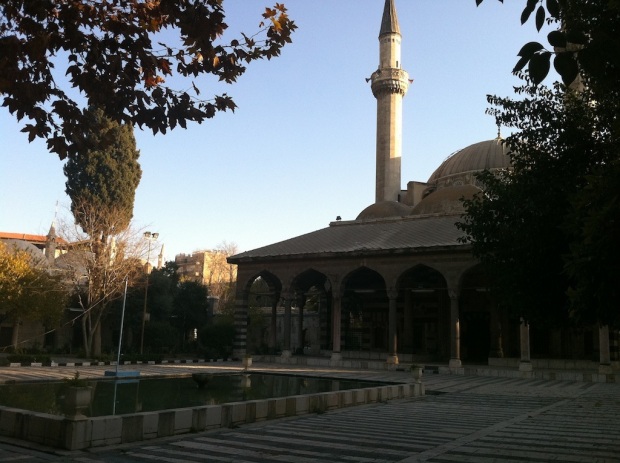 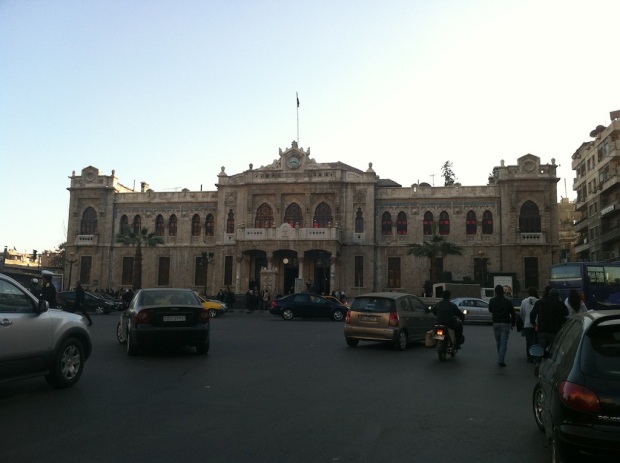 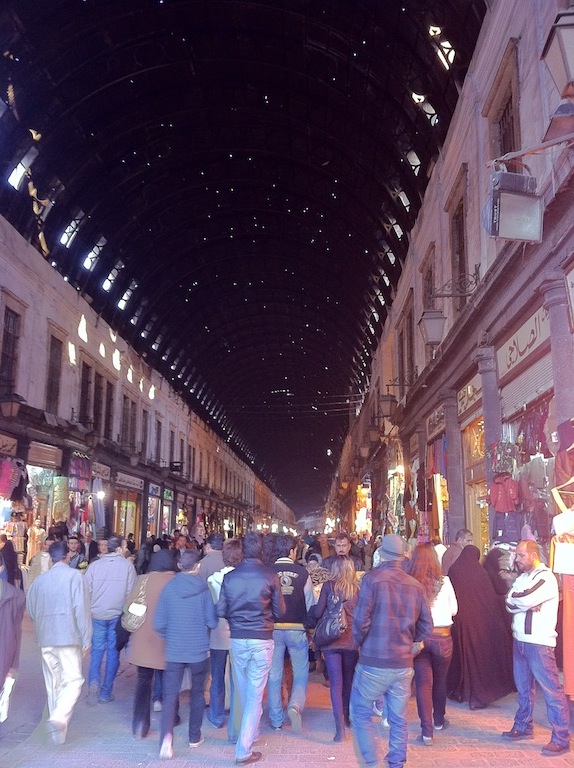 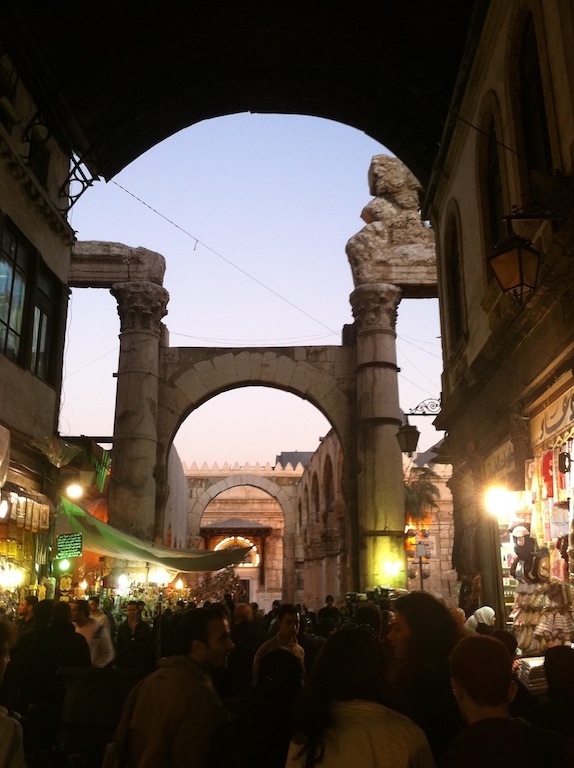 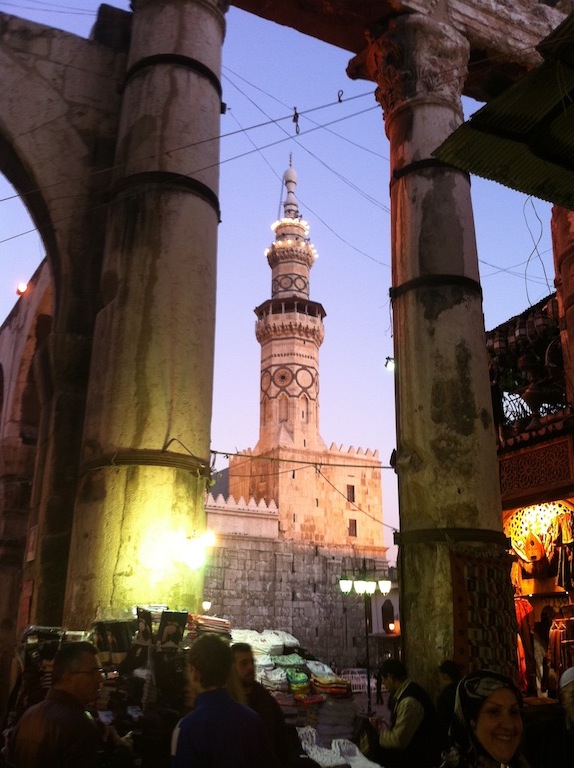 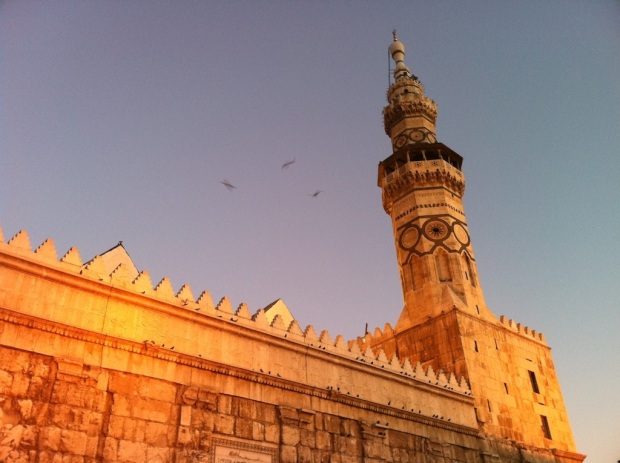 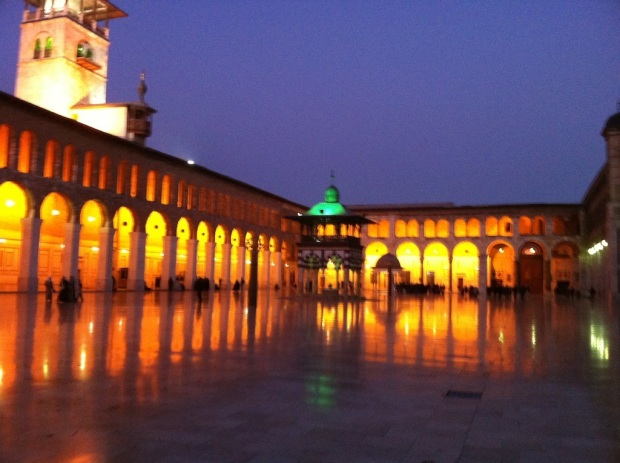 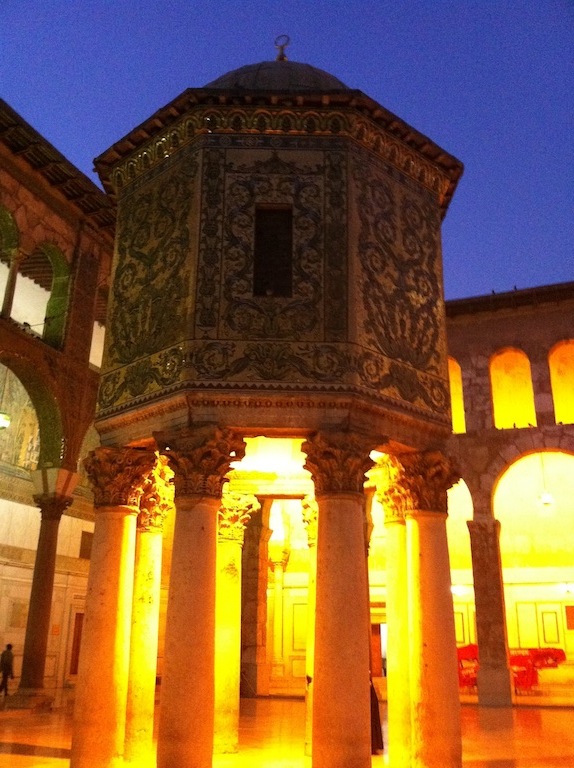 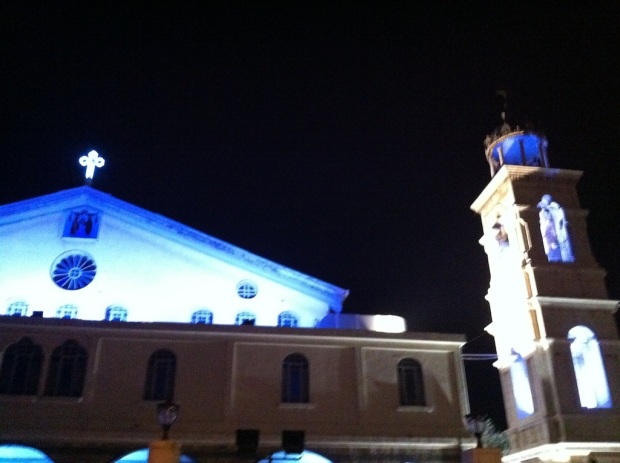 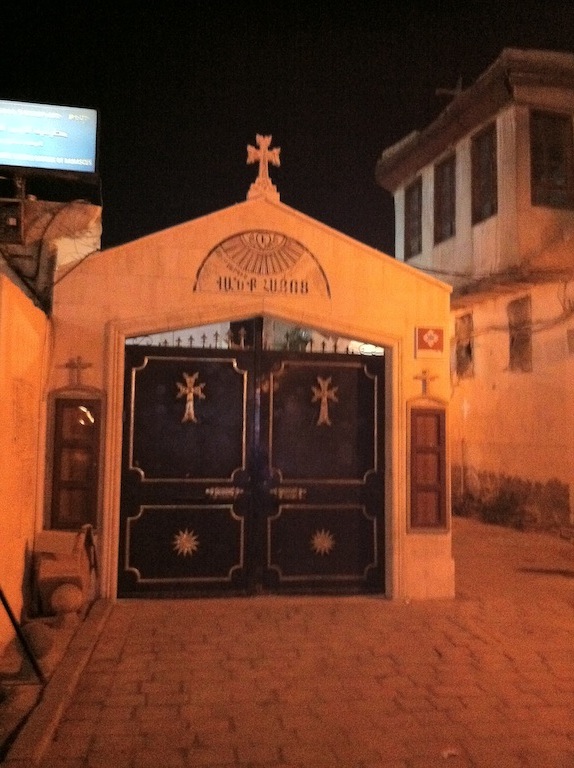 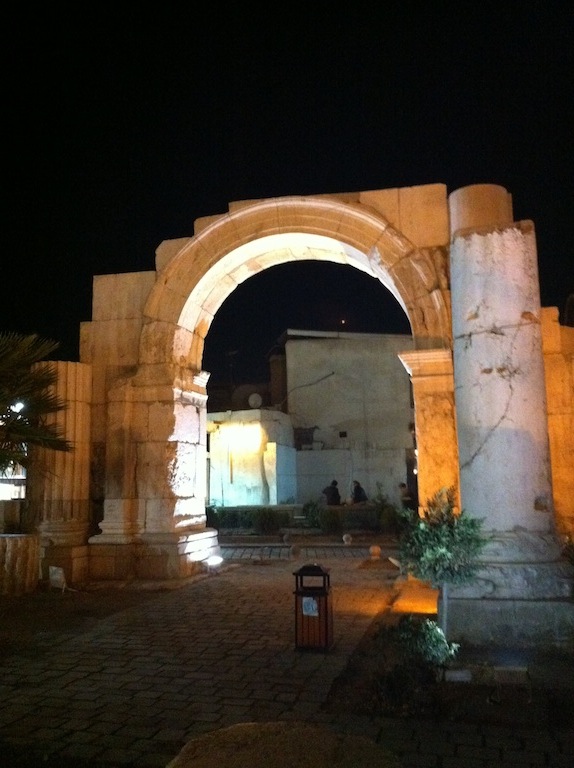 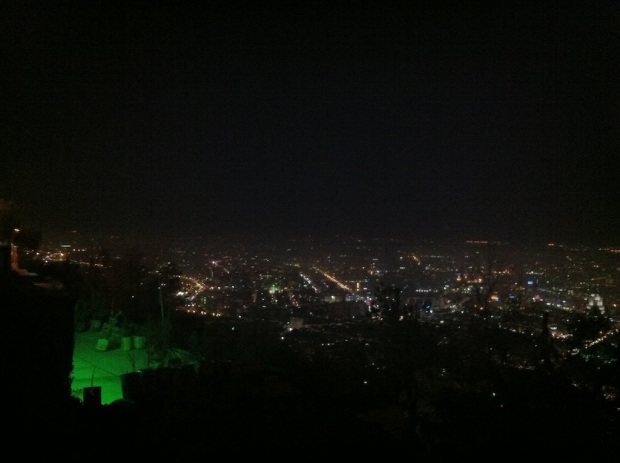 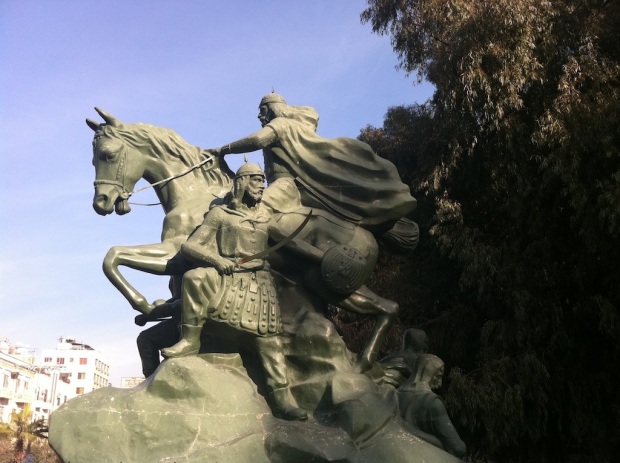 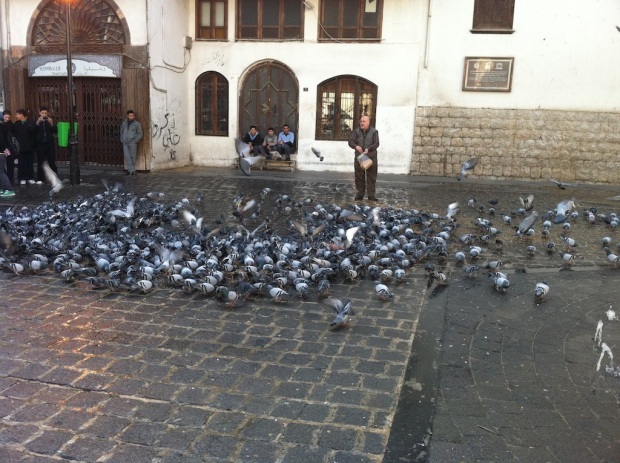 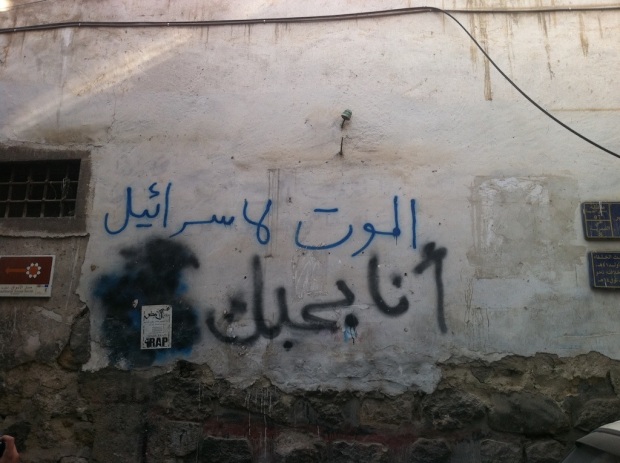 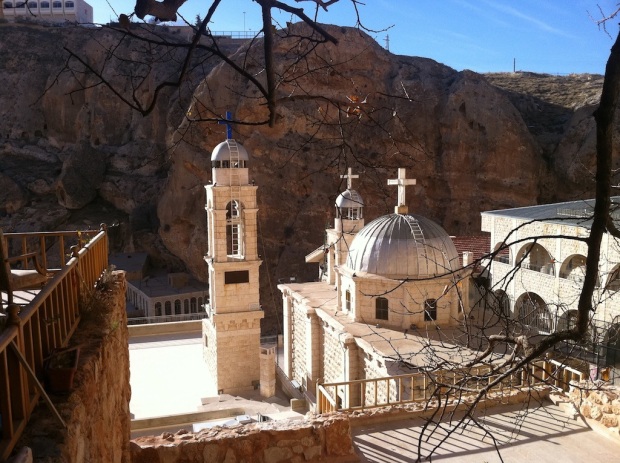 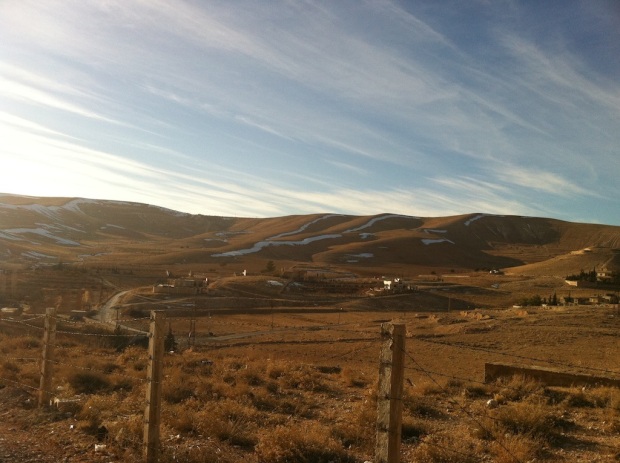 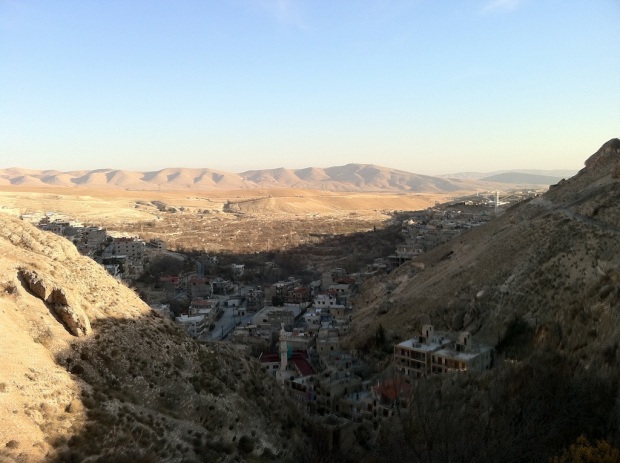 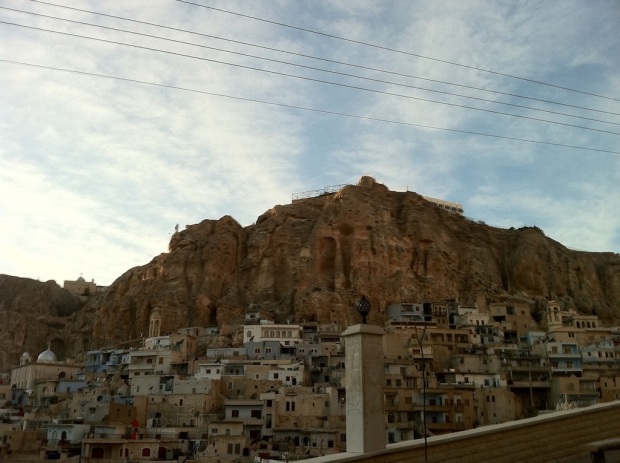 A French photojournalist named Mani was brave enough to take footage from inside the battles currently taking place in the Syrian city of Homs, called by many as the capitol of the revolution.

The video features scenes from gunfights, funerals, wounded & dead people…. It is possibly the first time such a report has been made of what’s going on inside Syria with almost every other footage from inside the city was being transmitted via mobile phones.

You might want to check out an earlier post as well: What Is Going On In Syria?

For now, I leave you with the video:

Thanks Beirutspring for the tip.