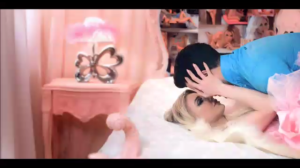 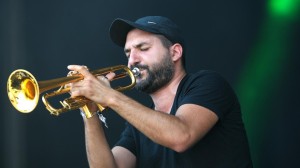 What if I told you that there’s more than Myriam Klink and Jad Khalife’s music video that should have earned your outrage over the past few days?

Right at the heel of his César win for Best Original Score, Lebanese trumpeter and composter Ibrahim Maalouf has found himself in quite the trouble as news about “sexual interference” with a 14 year old girl, dating from a couple of years ago, surfaced.

The difference between sexual “interference” and “assault” is that the former involves the minor’s consent whereas the latter does not. In the details of Ibrahim Maalouf’s horrible sexual misconduct with the 14 year old teenager is that, while the girl was shadowing Maalouf through one of his album prep sessions, the pair exchanged a kiss. After the girl went home, Maalouf texted her asking for a nude, which she did not provide.

Maalouf calls it one of his biggest regrets, but that means nothing for the 14 year old girl who’s currently in a “complicated psychological state” especially given her admiration for Maalouf and how he took advantage of that.

And yet, despite how sickening Ibrahim Maalouf’s act was, almost no one in Lebanon gave his wrong-doing the scrutiny they’ve handed Klink, despite his behavior being much more dangerous: while she pranced around in a music video, she technically did not hurt anyone. He actually inappropriately sexually took advantage of a 14 year old girl.

Isn’t that, though, how we – as a country – have become used to handling sex? We blame women and forget that men have as much a role. We never realize how lenient we are towards the sexual behavior of men, and, conversely, the level of scrutiny we subject our women to.

This hasn’t been as clear as when you compare how Lebanon handled the two “sex scandals” that have affected two of its current figures: the model Myriam Klink and the musician Ibrahim Maalouf.

I’ve made it a conscious effort, in my blog posts about Klink’s video, to mention her name in conjunction with Jad Khalife’s because they’re both as involved in that “song” especially that few on my social media timelines were doing that. The discussion, elsewhere, even in the search engine terms, was that it was just Myriam Klink. In fact, it’s ironic that a song written by a man, composed by a man who stole it from another man, and directed in a music video by another man, as well as featuring a male singer, would have none of those people face any legal repercussions. But it’s Myriam Klink who was summoned for a meeting with authorities today, as her co-star did the press circuit announcing his goal from “Goal” was to get people talking about him.

On the other hand, the extent of attention given to Maalouf’s case was an article in L’Orient-Le Jour that didn’t even take a stance regarding what he did, merely ending up as a news article reported with the help of AFP. In fact, the moral outrage of many towards Klink was that she had a child in her music video. Ibrahim Maalouf literally did more to a child than just have them appear in a music video, and yet here we are.

Let’s not pretend it’s because his case didn’t receive the media attention it requires that we’re not giving it the focus it deserves. Media attention stems from our culture as society, and we are geared culturally towards always finding excuses for men for their behavior while crucifying women. How many, reading that Maalouf’s sexual misconduct took place two years ago, started to come up with all possible conspiracy theories as to why he was being investigated now, after his César win? Or with all kinds of excuses ranging from the girl giving consent to the kiss to 14 year olds acting older than they are, etc? But she’s still 14 and he’s 36 and nothing can excuse that.

How many in Lebanon, and in Arab society as a whole, are more willing to give successful men, like Maalouf, a break or even come up with an excuse for their behavior, but wouldn’t afford the same prerogative to the second sex? This isn’t to say that such behaviors need excuses. On the contrary, what we should do more is hold everyone as accountable and not put some people – like Maalouf – on a pedestal, while we walk all over others who happen to be women because it’s easier, and because it’s the “in” thing to do.

Our women deserve more than this. 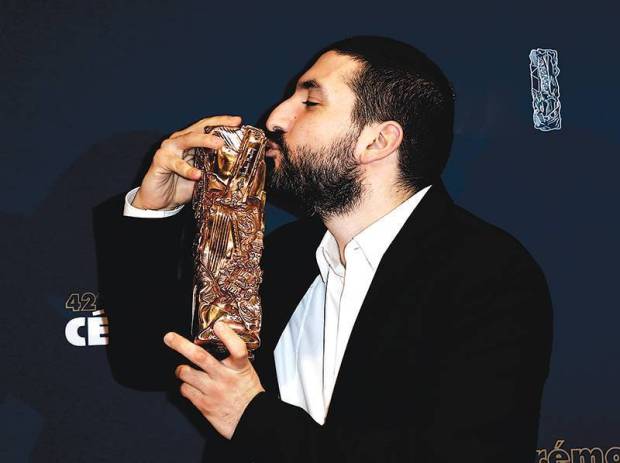 Establishing himself as one of the most coveted musicians in France for this past year, French-Lebanese musician and trumpeter Ibrahim Maalouf added another accolade to his growing list of achievements with his first César for his work on the movie “Dans les forêts de Sibérie.”

The César Awards are considered as the French equivalent of the Oscars, which will be held tonight. They are the highest French honor that can be given to the movie industry. It was Ibrahim Maalouf’s second nomination and first win.

Maalouf was competing against another Lebanese composer, Gabriel Yared, who has previously won an Oscar and a Grammy for his work on The English Patient.

Ibrahim Maalouf is considered by many to be a pioneer musician with his adaptation of Oriental quarter notes to Western music, by custom-made trumpets that have four valves instead of three. This has allowed Maalouf to create outstanding music over his career, including a Western version of Oum Kalthoum’s music in a 2015 album that was titled “Kalthoum.”

He credits his Lebanese immigrant background in shaping his musical voice and giving him a message to pass on through his work.

You can check the video of Maalouf winning here. He will be coming to Lebanon for a concert at Baalbek on July 22nd.