We are welcoming a new “biggest” achievement in the circle of things no one else in the world has beaten us to. The Bekaai, Becharre-wannabe, town of Deir El Ahmar is building the world’s “biggest rosary.” Construction is already underway: 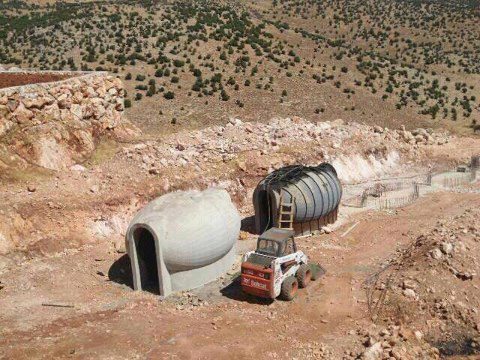 Are we compensating for something that’s lacking? And for those whose mind wandered, get it out of the gutter. I didn’t mean that – I meant the lack of accomplishments to which “biggest” can apply and which are actually useful.

Instead of building the world’s largest rosary, couldn’t the money have gone into something that would actually benefit the people of Deir el Ahmar in more tangible ways? Say a business project that would give them jobs?

“Ra7 tdall jrasna tde2,” (our church bells will keep ringing) was some people’s comments regarding the rosary. “Ne7na hon,” (we are here) was their comment regarding the biggest cross. “Beddna n3e22,” (we want to binge drink) could have been the slogan for the biggest lemonade cup that my district’s main city Batroun did.

But what remains constant is that few are those who know that “l jras betdall tde2″ not only through humoungous rosaries. I can only say do one thing regarding all of this: sigh.