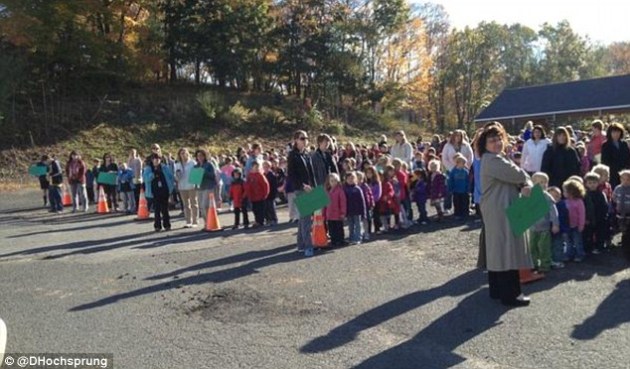 Children are dying everywhere around this world. Be it in Syria where they die daily (NSFL pictures) or in any war zone. Those deaths though, however tragic and cruel, are a byproduct of a civil strife taking place in their country. 20 children of Newtown, CT had no idea that their school-day on Friday would be their last day of life. The parents who dropped off their children at school didn’t know that would be the last time they would see their son or daughter breathing.

This is the third shooting to take place in the United States in 2012. After each of those massacres, the same debate among Americans erupted before it died down when the mania subsided: gun control and mental health.

Some people believe that their guns should be off limits. Their right to bear arms in the face of a possible tyrant government, as protected by the 2nd amendment, is sacred. I wonder though: how many more innocent children need to die until some Americans realize that the current state of their gun legislation is unacceptable?

On the other hand, you have many Americans who want tighter gun regulations, if not banning of civilians getting access to firearms altogether.

But I am not American. I don’t believe I should get a substantial say about internal regulations of a country I’ve never visited. Personally, I believe it should be a combination of both: Everyone being able to buy guns as easily as chewing gum should not be allowed. Why not require a psychiatric evaluation of the person wanting to buy a weapon before they’re able to purchase one?

Eventually, those who want to commit crimes and massacres will find a way. But at least don’t make it a walk in the park for them.

And herein lies the real problem: the media – American and international.

News of a shooting at an American school or movie theatre immediately gets turned into a sensational story as news anchors are instructed to amp up their look of concern while their producers scramble on the phone to bring in advertisers who want to make profit off the ratings that networks will be making by hosting people from around the area of the shooting.

When the media craze subsides and the shooting becomes second degree news, what’s the only thing immortalized out of the entire event? The shooter.

Does anyone remember any of the names of those who died in Aurora? In Virgina Tech? In Newton?

Now ask yourself this: do you know the names of the three men who committed those separate massacres?

When it comes to these shooting massacres, there’s a need for a lockdown. The media should refrain from going on news frenzies about the shooting because minute-to-minute, second-to-second coverage is effectively telling those with biochemically imbalanced, mentally ill people that they can become instantly famous, instantly known, instantly feared by bringing a gun to a school and gunning down enough people to become the country’s “it” news. The idea of playing God, of controlling the fates of the people they’re about to kill, of controlling their own life that they’re about to take, is implanted in these people’s heads. And the idea is so irresistible that it brings them to the tipping point.

I honestly don’t know what’s the one and true reason that the United States has this many shootings taking place but I don’t think there’s one reason to explain it all. The situation is strange to say the least. I only need to look at my country, Lebanon, where guns are more numerous than people and people with mental health issues would total the entirety of the Lebanese population and where security is as fragile as breadcrumbs – and yet we’ve never had such mass shootings.

My thoughts go to the families who lost their children, to the heroic teachers Dawn Hochsprung, Victoria Soto and Mary Sherlash who died to save their students. I would say hopefully this doesn’t get repeated. But we all know better. 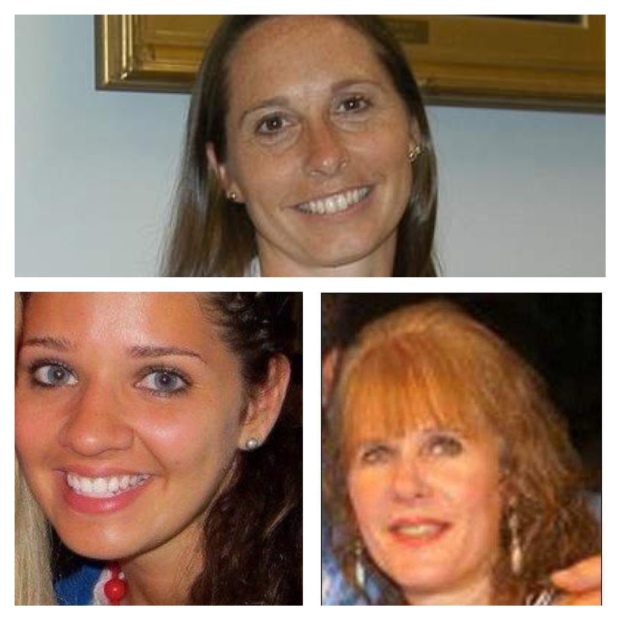 Sandy Hook Elementary School in Newtown, Connecticut was the location of a massacre that took the lives of 26 people, 20 of which were children. Amid the tragedy is an untold story of heroism that gives hope despite the darkness from which it sprung.

Victoria Soto, a 27 year old first grade teacher, hid her students in closets and cabinets. When the shooter reached her classroom and asked her where her students were, she lied and told him she took them to the gym. He shot her on the spot and left. Her entire classroom survived.

Dawn Hochsprung, the school principal, and March Sherlach, the school’s psychologist, did not hide like everyone else did when they heard gunshots resonate among their school’s hallways. Instead of ducking under tables and hiding in offices, they ran towards the gunshots. They were both murdered execution-style as they confronted the murderer Adam Lanza.

These three women, who put their lives second in order to protect the children that they’ve come to love, are a true embodiment of heroism.

These three women, who lost their lives yesterday, give hope to millions today that there are people out there who are so selfless they would rather die than see innocent children fall to an act of terror.

It’s unjustifiable and heart-breaking for children and people anywhere in the world to be ruthlessly killed like this. It’s even worse when those children’s lives are lost due to the lack of simple policies. How many more children need to die and how many more teachers need to lose their lives so American legislators see that the current gun and mental health policies of their country are unacceptable?