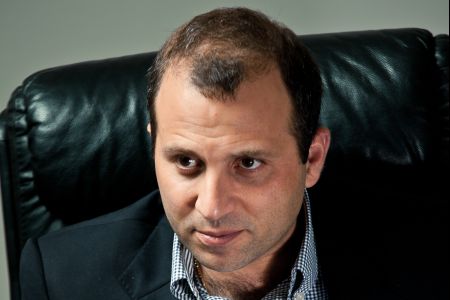 One of the “in” things in Lebanese society at the moment is basically blaming Gebran Bassil about, well, everything. In order to do that, some people have come up with a website especially for this purpose after Twitter user @Elysak came up with the idea back in February, I believe.

It’s basically a twitter feed of the #BlameBassil hashtag. And as you can see, people are loving it.

Personally, I think people who don’t see the sarcasm behind it are being a little harsh on him. Either way, it’ll remain a way to vent and for people to have some fun. When it gets down to it, I’m probably one of the few people on Twitter who can actually vote for or against Gebran Bassil next year. Any bids for that?

Stick around for a few minutes on the website. The funniest part is something that pops up every now and then. But don’t be too startled.

Just so you don’t think I have a blind vendetta against Tayyar.org with me bashing them on different occasions (check those here & here), it’s now the Lebanese Forces website’s turn to take a hit.

We’ve all been suffering through horrible electricity outages. Even Beirut is getting 6 hour cuts. Different sides are taking different opinions regarding the matter, as usual, depending on which end of the political spectrum they belong to.

Those opinions can be summed up with the following: Blame Bassil vs Don’t blame Bassil.

I don’t like Gebran Bassil and as a voter in the Batroun caza I won’t vote for him when he runs here – again – in 2013. That won’t end up doing much since he will end up as a minister – again. But I would have done what I can.

When it comes to the electricity problem, however, there’s a drastic difference between putting the entirety of the sector’s woes on him, as some people are doing, and actually acknowledging that the problem didn’t start with him, although his handling of the whole issue isn’t top-notch. For the record, I have blogged before about the electricity problem and about how silly Gebran Bassil was when he threatened civil strife against his one-sided government if they didn’t comply with his electricity plan.

All the political talk aside, you’d expect a reputable political website which should be concerned with, well, politics not to flaunt such a post on their Facebook page, which holds over 57000 likes.

The article they linked to can be accessed (here) and it features a collection of pictures such as the following: 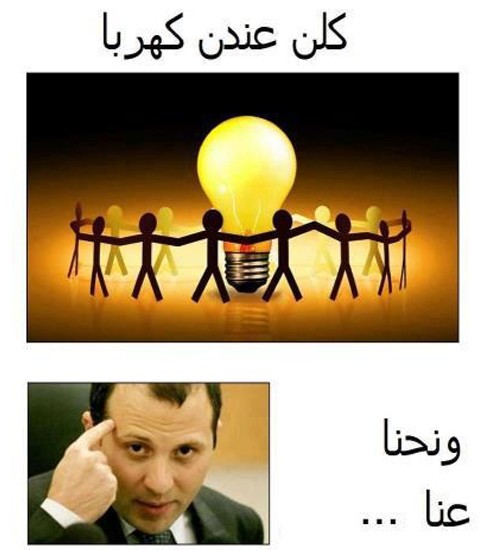 Some of you might think these pictures are funny and you can share them on your Facebook and Twitter timelines all you want for all I care. But it’s unacceptable for the website of one of Lebanon’s leading parties to make an “exclusive” out of them. It’s unacceptable for that website to use them as material in order to please its readers.

How about Lebanese-Forces.com and tayyar.org stop running tabloid-ish “news” and focus on real issues instead? What does either website hope to accomplish by running silly articles about the politicians of the other?

The 2013 elections, if they happen, will be here before we know it. The article in question has over 700 Facebook “likes.” Brainwashing is here in full swing. 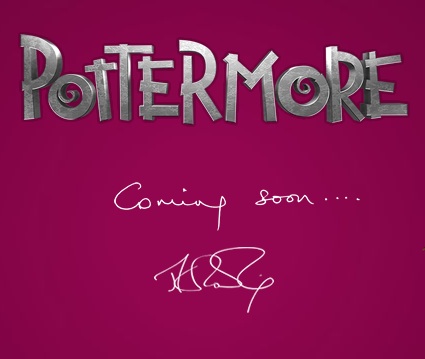 Anything involving Harry Potter and JK Rowling has the power to take me back to when I was a giddy fifteen year old waiting on Harry Potter’s latest installment.

Well, it looks like our favorite author is back with something related to the epic series: Pottermore.

No one has any idea what it’s about. Everything is wrapped up in a thick shroud of secrecy, in pure Rowling fashion. But Pottermore has a website that you can visit. There’s basically nothing there but it’s still something, right?

There’s also a YouTube page which sets the countdown as of now to 6 days and 18 hours until the revelation of what Pottermore is.

Moreover, Pottermore’s twitter account revealed the following coordinates:  51.530377,-0.123259, which when plugged into this website: Secret Street View, take you to a clue regarding Pottermore. Hint: zoom into the street to find out what the clue is.

Are you excited Potterheads? I know I am. And most importantly, does anyone know what Pottermore might be?

I, for one, think it might be something related to the Harry Potter encyclopedia JK Rowling announced she wanted to write.