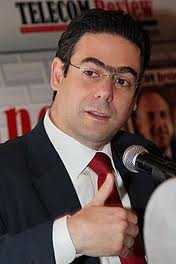 Minister of Telecommunications Nicolas Sehnaoui recently tweeted that the government has approved unlimited internet quotas between 12 AM and 7 AM for all internet users in Lebanon.

Some ISPs, such as IDM and Terranet, offered this service in certain areas, notably Beirut and some of its neighboring regions. Ogero did not. But other regions were left in the dust. For example, my subscription in Batroun doesn’t have unlimited hours: I get charged for every MB I use. And trust me, the 20GB quota I get per month is nowhere near enough when you don’t have unlimited hours where you can do whatever you want.

Minister Sahnaoui said this new regulation will be implemented as soon as it’s published in the Official Gazette. No idea when that will be but I’m hoping soon.

Either way, I’ll keep you posted if I end up getting unlimited hours on my Batroun line or not. I’m not sure how the message that my line failed the “feasibility” testing can be overcome with a ministry regulation. I always assumed it was related to infrastructure. Apparently not. Time will tell, I guess.

7 thoughts on “Lebanon To Have Unlimited Internet At Night?”