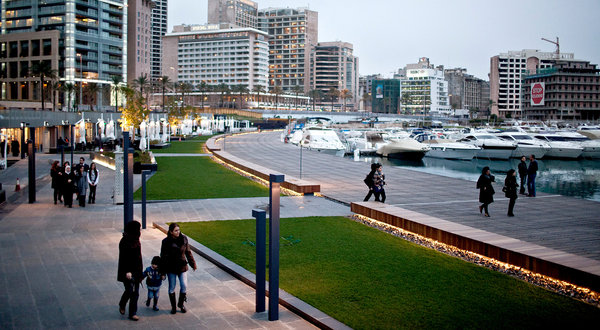 LebanonFiles is reporting (here) that Solidere is actively and seriously considering closing down Lebanon’s new “it” project Zaitunay Bay, which has been discussed in the New York Times earlier this year.

The reason for Zaitunay Bay potentially closing is the same reason Fuddruckers and Buddha Bar have closed down while Movenpick got offered up for sale: the terrible state of business.

The shops and restaurants in Zaitunay bay are witnessing such a big fiscal drought that they can’t pay their rent, which is about $500,000 per year for their property. Looks like such a well-visited location hasn’t been resilient to the economic woes of the country.

Meanwhile, as all major business in the country close down or consider closing down, our politicians are either making propaganda visits to Gaza, still on a “forced vacation” abroad, threatening everyone whenever they feel threatened (which is basically every waking moment of every day) or getting people to freak out about a potential “ekhwen rule” in Syria.

The 2013 elections are in a few months and the rhetoric that will be used in the coming days and weeks won’t be that of an economic plan to save the country’s miserable state but that of mentally terrorizing people into voting for one side over the other, whatever that side is.

Despite not being the biggest fan of Zaitunay Bay, I really hope the place pulls through these though times. Lebanon doesn’t need such a thing right now.

This entry was posted in Lebanon and tagged Beirut, Economy, Lebanon, Zaitunay Bay. Bookmark the permalink.