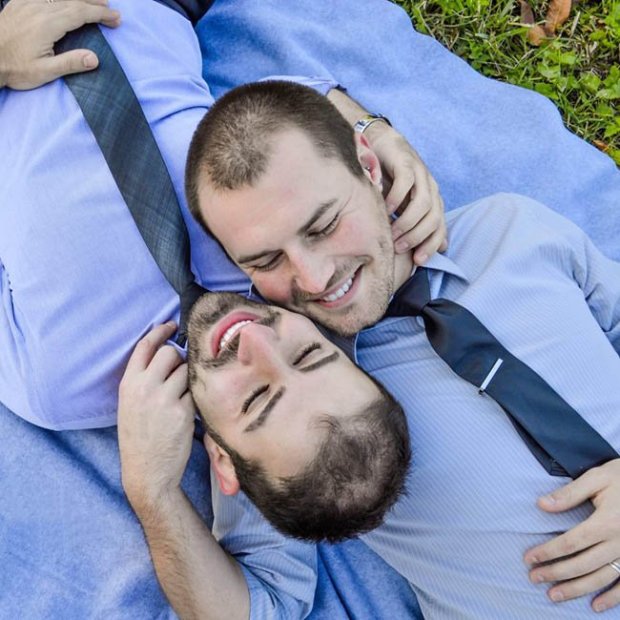 A few hours ago, the name Georges Massad meant nothing to the Lebanese populace. In the coming days, because we have nothing else to do, watch as he becomes the most discussed figure – save for an unlikely president – in the country. Why so? Because his Facebook account was news-material for local services who have nothing better to do than stalk profiles.

Georges Massad married his partner in a same-sex marriage ceremony in the United States. He posted wedding pictures on Facebook. His wedding is now Lebanese news. This isn’t the first time our personal and private Facebook accounts become the source for Lebanon’s news cycle.

A few months ago, an unknowing teenager found himself in deep trouble because of pictures he had posted to his Facebook account four years ago. You probably don’t remember him by name but Ali Itawi’s picture became a matter of national Christian dignity when the president decided to put pressure into throwing the young adult in jail after he posted pictures of him kissing the Virgin Mary. Regardless of whether what Itawi did is acceptable or not, what’s unacceptable either way is the fact that we have news services who have nothing better to do in this country than to stalk all of us and turn our private lives into their own income source.

This is unacceptable. Make sure you look at what you posted on Facebook back in 2007 because it can and it will be used against you in the court of public opinion.

I highly doubt Georges Massad wanted his private affair to become a source of Lebanese discussion. He probably shared his pictures so whichever family members and friends he has who accept him for who he is could see how happy he was that day and how glad he was to share his life with someone he loved.

Guess again. That private matter will now become the “it” news of Lebanon. Can you believe it? Lebanon has had its first gay person get married! Should we be outraged? Should we worry for our children’s future? Should we panic about what this means to our national values? Should we pretend to be civil and open a discussion about the matter?

George Massad’s marriage is being advertised as the first “announced” same-sex marriage of a Lebanese. This is far from the case. Posting  a picture on Facebook does not mean you are announcing your marriage on a national level. It’s anything but. If our news services actually dig deeper, they’ll find a lot of Lebanese who are living abroad who have tied the knot with their partners. Many of us even know people who have done so. Why don’t we make a big deal out of it? Because it’s none of our business.

I’d understand the news fervor if Lebanon had its first same-sex marriage in Lebanon, if ever. But a Lebanese man marrying an American man in the United States reflects on us how? How is it even important enough to be the “it” news of the day? I guess that’s what happens when we latch to the word “Lebanese” wherever it falls and believe it gives a higher sense of importance to whatever comes after it.

Congrats to Georges and his partner. Sorry in advance for the upcoming circus.