There was a time when Lebanon’s internet gave us more trouble than its intended purpose to make our lives easier, but would you believe me if I told you that the age of unlimited internet packages in Lebanon might be nearing?

Unlike Al Akhbar, who seem to be rather depressed by the notion that Lebanon’s Telecom services may end up cheaper to the consumer, the sector could actually be in to an overhaul that it hasn’t seen since Gebran Bassil reduced prices back in 2008. And this makes me very, very excited, and I think you should be excited too.

Our government is convening as we speak to discuss current minster Boutros Harb’s proposal of trying to get our telecom sector into areas of competitiveness we’ve only theoretically spoke about before. 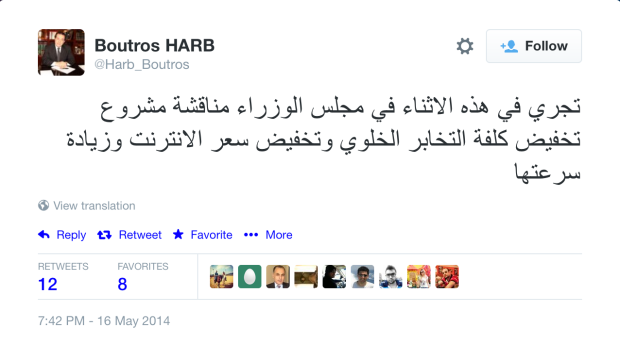 Our current DSL is horrifying. While our phones enjoy 3G and 4G speeds, the highest speed an end user with ADSL can get is 2Mbps. Decent packages give you a 20GB quota per month for $50. When that package was first announced, I thought 20GB was huge. Nowadays, however, I think it’s pulling back my internet usage with increasing bandwidth demand across the globe as everything moves to cloud and files grow bigger.

A leak from the proposal is the following table published (begrudgingly) by Al Akhbar: 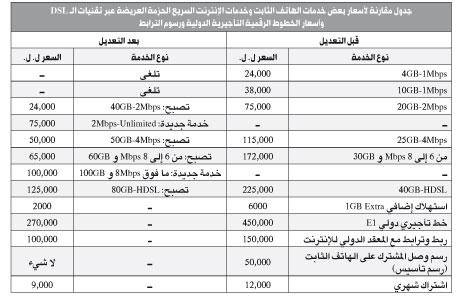 If the above plans get approved, we would finally have an unlimited internet plan for the price of what I’m subscribed to right now. Moreover, quotas would be increased substantially and extra usage made even cheaper.

Would such plans pass? Well, information out of the current governmental meeting indicate that Gebran Bassil is battling Harb fiercely over the proposal at hand. I get it. Any party would want to take credit for such a voters-grabbing proposal.

Another facet of the telecom sector that desperately needed revisiting was our mobile data bundles. Neighboring countries have had bundles superior to ours in quantity for less prices for a very long time. Nicolas Sehnaoui enforced a 50% increase in early 2013 but even those new quotas are nowhere near enough with the increasing need for internet necessitated by current lifestyles and with the introduction of 4G to Lebanese customers.

As such, it seems that starting Friday we might get new 3G bundles for our use. The details of those bundles have yet to be announced but a tweet from Boutros Harb’s assistant indicates the following:

I daresay 1.5GB for $19 is quite a deal and very similar to rates in Europe that I’ve experienced firsthand during my visits there.

Phone Rates, SMS and whatnot:

Internet isn’t the only thing getting a massive update soon, if the proposals are to pass. A minute, currently costing $0.36 on prepaid lines, will be dropped to $0.25. A text message costing $0.09 will be reduced by 45%. The best news, however, is in the fact that the monthly fee of postpaid lines would now involve a set of 60 minutes for free talks, making the $20-something per month fee not completely useless.

The need to register phones at the airport or at Alfa/Touch has also been canceled. That alone makes me happy as the entire matter poorly conceived, horribly executed, as well as very limiting to the growth of the mobile phones sector.

I wasn’t too keen on Boutros Harb being minister of telecom as he was out of place but he seems to be doing a great job so far so kudos to him. As an end user, however, I couldn’t care less who passes the aforementioned proposals as long as they are passed, and whoever passes them will simply be doing his job. Such a massive overhaul of the Lebanese telecom sector will serve as a stepping stone to further enhance a vital service that could help energize our economy and our footprint across the cyber world.

I can’t wait not to panic over downloading my favorite TV shows outside the 11PM-7AM timeslots of free quotas.